All Articles News
Stylophone GEN R-8 Is A New Analog Synth With Touch Keyboard From Dubreq
Hollin Jones on Wed, January 16th 0 comments
The Stylophone GEN R-8 is a dual VCO British-made boutique synthesizer with a fully analog signal path and a touch keyboard that you can play with your finger.

Stylophones started off as something of a novelty several decades ago, but were adopted by musicians as a unique and characterful way of adding new sounds to music productions. And in recent years they have enjoyed something of a renaissance.  The Stylophone GEN R-8 is way more capable than you might have imagined - a dual VCO British-made boutique synthesizer with a fully analog signal path and a touch keyboard that you can play with your finger.

The VCOs have "divide-down analog" sub-oscillators (one octave down) and subsub oscillators (two octaves down) that all can be switched on at the same time for a total of six oscillators sounding at once. The filter is a proprietary British design 12 dB state variable filter with Low Pass, High Pass, Band Pass and Wide Notch modes.

An eight waveform LFO with dual outputs can be patched to all of the GEN R-8s CV inputs or external CV inputs on other instruments.There's a patch panel with 19 3.5mm jack CV/Gate and audio patch points which makes it integrate nicely with Eurorack systems. 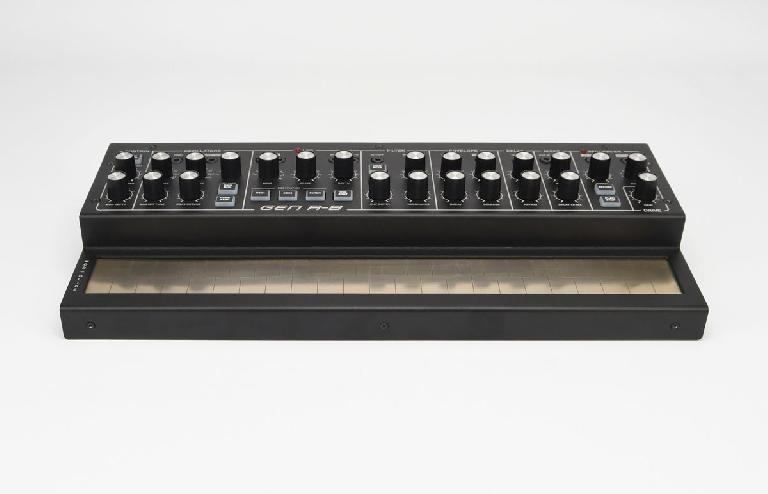 The traditional ADSR envelope has been augmented with a short hold stage at the Attack/Decay peak for a punchier sound. An analog style Delay (based on the Princeton pt2399 chip) is nice and grungy and can be modulated with the Time CV input.

The mixer has a unity AUX input which allows external sound sources to be processed through the GEN R-8s Filter/Delay/Drive audio chain, where the Drive is a classic British silicon diode overdrive circuit with an added JFET booster stage.
A step sequencer with 8 banks and 16 steps per sequence can play the GEN R-8 synthesizer engine or external synthesizers through the CV/Gate or MIDI outputs. 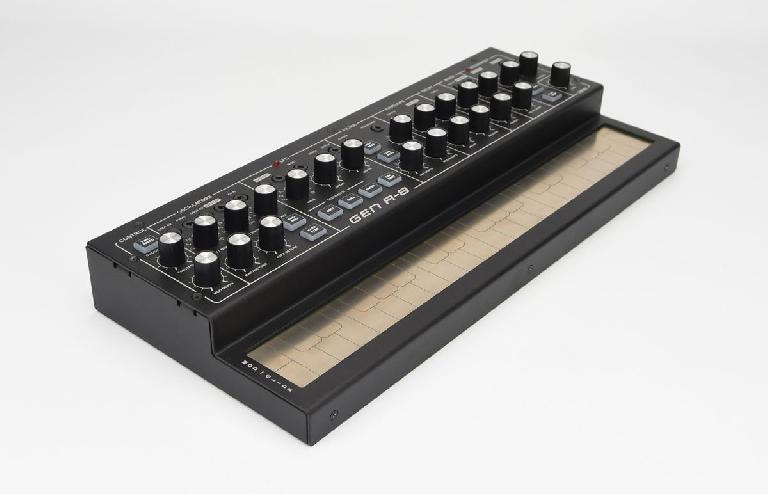 The GEN R-8 also works as a MIDI controller keyboard (with Local ON/OFF) where the CV/Gate outputs on the sequencer doubles as keyboard CV/Gate when the sequencer is not running. Finally, the 3-octave touch keyboard has two additional performance keys for momentary engagement of Glide and Modulation, and it's all enclosed in a heavy duty black powder coated steel casing.