All Articles Audio Hardware
Sync Korg Volca Synths with Ableton, Logic and Reason
G.W. Childs IV on Tue, February 11th 1 comments
Language
The Korg Volca family of synths replicate the quirkiness of the analog world while allowing you to interface with modern music software. Here's how to sync the Volcas to Ableton, Logic & Reason.

As Volcas have been continually flying off the shelves for the last several months, I'm assuming that a few of you have them. And, as fascinating as all the Volca devices are, I'm sure you've probably had a few questions about how to integrate them into your workflow, especially when using a computer. Though there really isn't much to it, in terms of connecting audio from your Volca device into your computer, or audio interfaces input, MIDI can be a little frustrating for some people. This is especially true where MIDI sync is concerned, as it can take some dialing in.

To be honest, I actually didn't need to do anything internally on the Volcas global settings to get MIDI sync. Most of the settings that needed to be adjusted tend to be in the DAWs, themselves. If any considerations need to be made, in regard to Volca Global Settings, as we proceed, I would let you know. If you've tweaked these settings, for the sake of the exercise, I'd strongly recommend resetting your Volca global settings to the factory defaults. See the manual for these settings.

Ableton is pretty simple, once you get things going. But, there are a few things to know about.

First, make sure that you've got the MIDI Out of your MIDI controller connected to the MIDI In, on your Volca. You'd be surprised how often not paying attention to the basic connections can be the main cause of the problem. I've been using MIDI for almost thirty years, and still mess this up, sometimes! 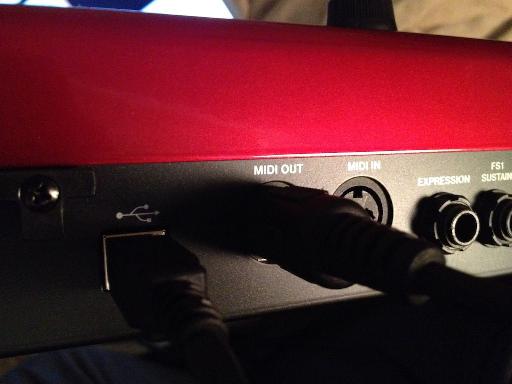 Once connected, go into the MIDI/Sync page of Ableton's preferences. Scroll down and locate your MIDI controller, or audio interface built-in MIDI. You're going to want to find the Output of the device. In my case, I'm using the Akai MAX25. I'm going to locate its MIDI Output and turn on its Sync. 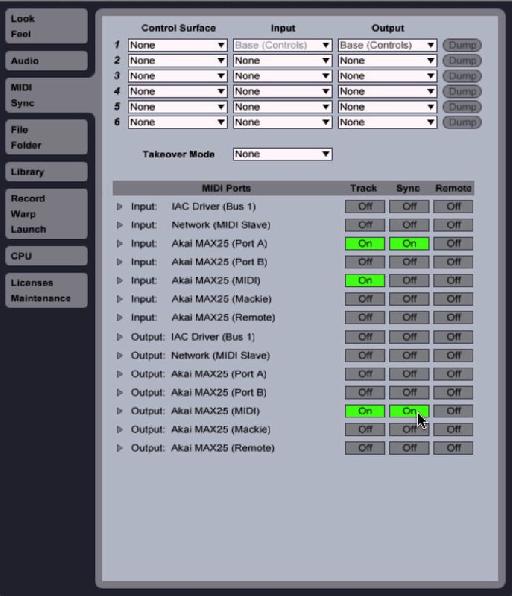 Now, you'll want to make an audio track, and of course, select the audio input that is also coming from the Volca on either your audio interface, or built-in input on your computer. Remember: MIDI does not transmit audio, only MIDI information! An audio

Now, when you push the play button in Ableton (space bar), your Tempo knob, on your Volca device should be lit up as a solid, red color, and it should be synced. 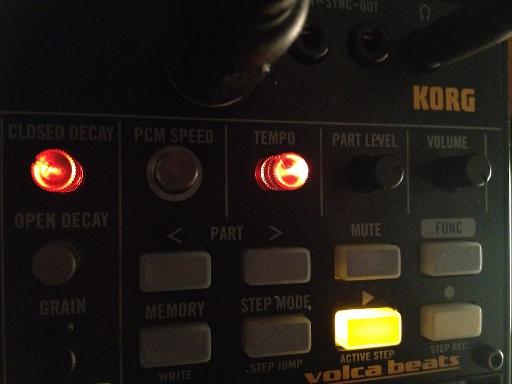 After setting up an audio track and verify input coming from your Volca, go to the Logic Preferences (the default key command is Command - comma). In Preferences, go to the MIDI page, and select the Sync sub-page.

Now, once you leave preferences, and press the space bar, your Volca should jump to life on its own, and stop when you press the space bar, again. If it does start playing, but seems out of time, try starting from the beginning of the song. This resets the clock for both Logic and the Volca. If it's still off, you can always adjust the Delay Transmission setting in the MIDI Sync Project Settings.

After setting up an audio track in Reason, and verifying that you have audio signal coming in, and MIDI Out from your MIDI device is going to your MIDI Input, go to Reason preferences, and select the Advanced MIDI page. This tutorial assumes you've already set up your MIDI device, in the MIDI page. If you haven't done this, stop this tutorial and do that, first. In the Advanced MIDI page, under MIDI Clock Sync, click on the Output, drop-down menu and select the appropriate MIDI Output for your device. 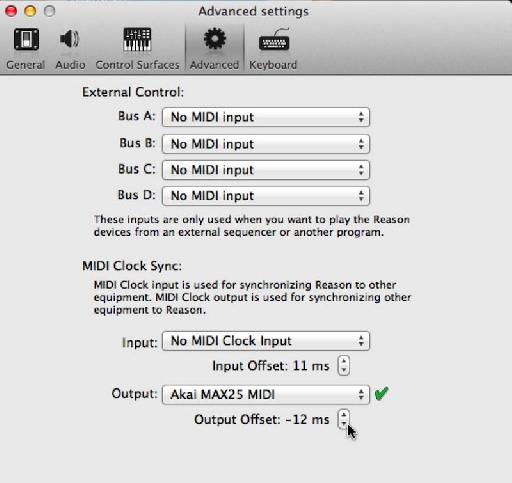 Next, close up the Preferences panel, then go to the Options menu. Under the Sync sub-menu, select '˜Send MIDI Clock'.

Now, if your audio track is monitor enabled, you should see and hear activity coming from your Volca. If timing is really off, try using the Command - left arrow command to start your song from the start.

Also, you can use the Output Offset in Reason's Advanced MIDI page to dial in the sync between the Volca and Reason.

The Volca family is an amazing line and faithfully replicates the quirks and sounds of many vintage synths and drums. Because they are so close to being like the real deal, they act like the real deal. Timing may be off, slightly. So, be prepared for this and modify when necessary. Remember, you can always stop your Volca while your DAW is still playing and then restart it on a more friendly beat. But, if you're patient, you can dial in your Volca with the offsets/delay functions described for each DAW and get that timing perfect.