All Articles DJ & Live Performance
Taking it On the Road : Getting Started With a Touring Rig
Matt Vanacoro on Sun, September 8th 0 comments
Going on the road with your music gear can have many pitfalls that might throw a spanner in the works. But with Matt Vanacoro's pro tips, you can avoid them. Read on to find out how.

Touring with a band, much like recording an album, is no longer reserved for artists with multimillion dollar label support. While the home studio industry has revolutionized the way we think about making music, social media has revolutionized the way we think about marketing and performing music. Artists everywhere book their own tours, play dozens upon dozens of dates in a row and do it all on their own. One of the most important things you can do before you hit the road is to make sure your tools are ship shape. Here are a 6 ways to get your touring rig off the ground, whether you are a keyboardist, guitarist, backing track producer or front of house engineer.

The first thing you’ll want to do is make sure any and all cables are the correct ones you need, and that they are in tip top shape. While the power in your basement, rehearsal studio, or practice space might be clean as a whistle… the road isn’t. You may not realize you’re using an unbalanced 1/4” cable with a balanced input on an amp now, but add a little dirty power from a venue with sketchy AC into the mix and that problem becomes amplified… right as you walk on stage. 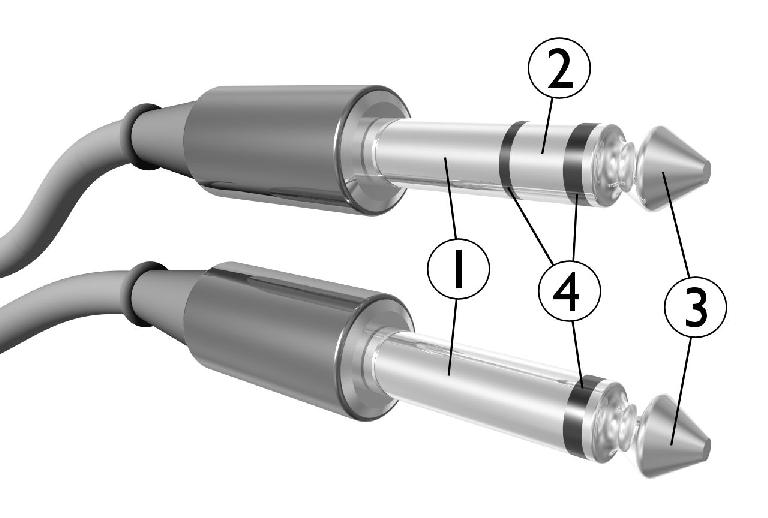 Check every connection with every piece of gear you use. Are you using the highest quality cables you can afford, are these cables in perfect working order, are they only as long as they need to be, and are the correctly balanced when necessary? Be sure to have backups of both balanced and unbalanced cables ready to swap in at the first sign of the dreaded dirty power hum.

Two Computers Are Better Than One 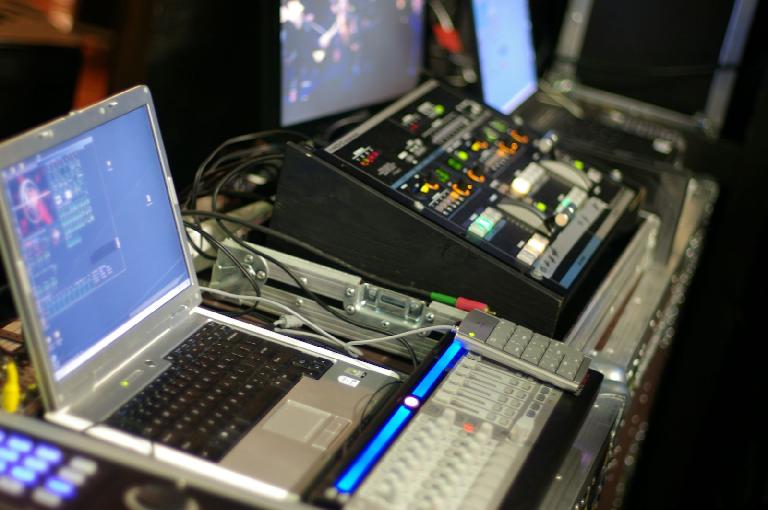 If your keyboardist, guitarist or backing track/production artist uses a computer with live performance software like MainStage, Ableton Life or Gig Performer, then it’s essential to have a backup rig ready to go. You may not have the resources to have 2 of them running in parallel with a switcher like the pros, but it’s likely someone in your group or crew has another machine that the ‘show’ can be loaded on to in a pinch. Make a backup copy, have it on an external hard drive, and have it at hand for deployment when needed. You may even want to make sure your instruments/tracks/what have you can be deployed from a machine with a bit less power when the situation calls for it. It’s something I check for every rig I consult on.

Speaking of power, you DO have backup power supplies for any mission critical gear, yes? It always helps to have a few extra 3-prong AC cables in your bag - but remember this, even though they LOOK the same, they may not be rated for the same amount of current. Some thinner and flimsier IEC cables are meant to power computer gear while more sturdy and robust ones can power massive amplifiers and it’s best to match heavier cables with your ‘heavier’ gear. 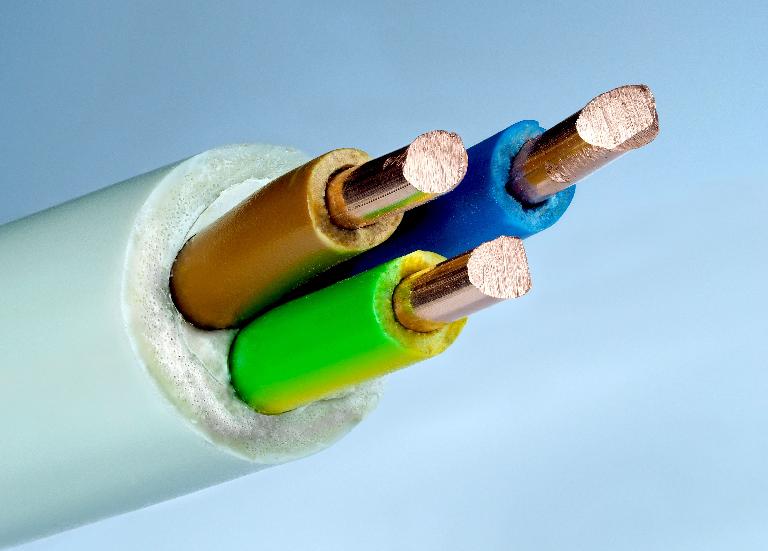 If you’ve got a device that is absolutely essential to your rig and it uses a proprietary power supply, now is the time to snag a spare. The last thing you want to do is be without backing tracks for your entire show because you lost your audio interface’s power supply between gigs and don’t have a backup. 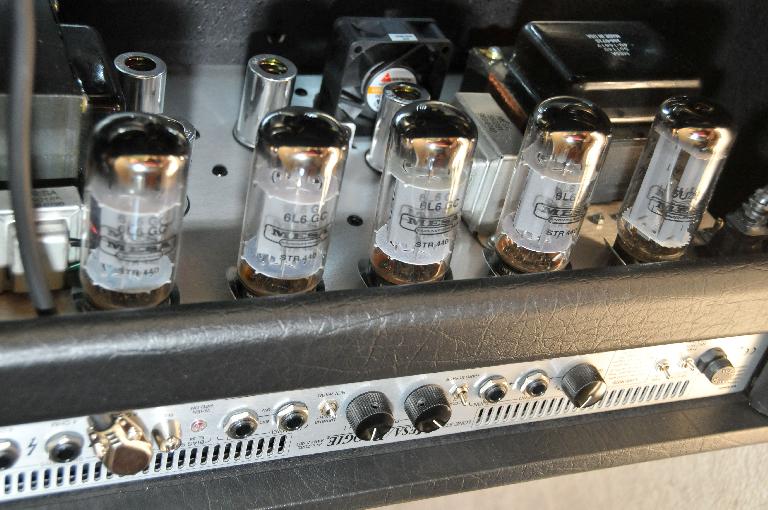 When planning for a tour or long stretch of shows on the road, it’s important to be realistic about ‘wear and tear’ items like strings when planning. Don’t just bring enough for the bare minimum of string changes - plan for strings to break both onstage and off. If you’re bringing your favorite vintage tube amp on the road, remember - the road is rough on tubes. Simply pulling your amp out of the van and placing it on the ground too hard can shatter a tube or reduce its operating effectiveness. Bring an extra set along packed lovingly in foam, and have them on hand for each gig ready to swap in if need be. Again, Murphy’s law dictates that you won’t discover a blown tube at sound check, you’ll discover it 10 minutes before you take the stage.

Be Firm About Firmware

Everything from the keyboardist’s rig to the front of house mixer has both firmware and software these days. It can be extremely tempting, particularly for geeky folks like me, to update the second something comes out. Even those tiny little updates with only a few fixes. Trust me here - don’t. Don’t even do it before you leave. If you’re in the ‘end stages’ of rehearsals for your tour and everything is working fine, LEAVE IT BE.

There’s a reason many pro audio software makers ‘qualify’ their software with various versions of operating systems. It’s because it’s been tried and tested by thousands at that point. I know you want to be able to change your fader color and that’s only available in 10.4.7 but…. trust me, just wait. If you run a majority of the show from a computer, bring a ‘beater’ along with you to load updates onto and live on the cutting edge that way if you must. This goes for iPads that are relied upon for mixing control or music reading as well!

The wireless spectrum has changed so much over the last few years with the FCC selling off bands and purchasing new ones. When was the last time YOU checked to make sure everything wireless you’re using is compliant? Again, it may work fine now, in rehearsals, but once you take the stage next door to an old radio station or an office building with a million WiFi repeaters, things could go completely haywire. Check in on your frequencies that you use and make sure you are completely compliant with the current FCC regulations. 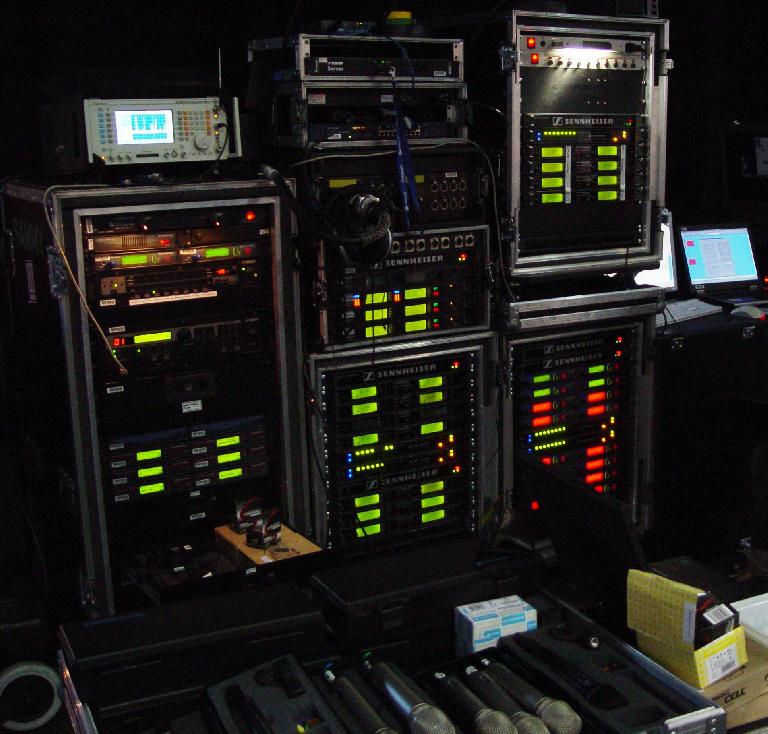 It’s also good to make sure you have a wired equivalent of any wired devices you use. They can be notoriously difficult to ‘debug’ on the fly if you’re not a pro in that field, as the thing causing interference can be completely invisible/inaccessible to you. If your entire rig is centered around a wireless guitar interface, toss a few extra cables in the bag to circumvent the need for it should you have to in a pinch.