New York, NY – February 14, 2017 – Confusion Studios announced two new MIDI controller apps for iPad, both of which will be available for download from the Apple App Store on Wednesday, March 1, 2017: MDDX1 and MDDX2.

The Editor: MDDX1 by Helfried 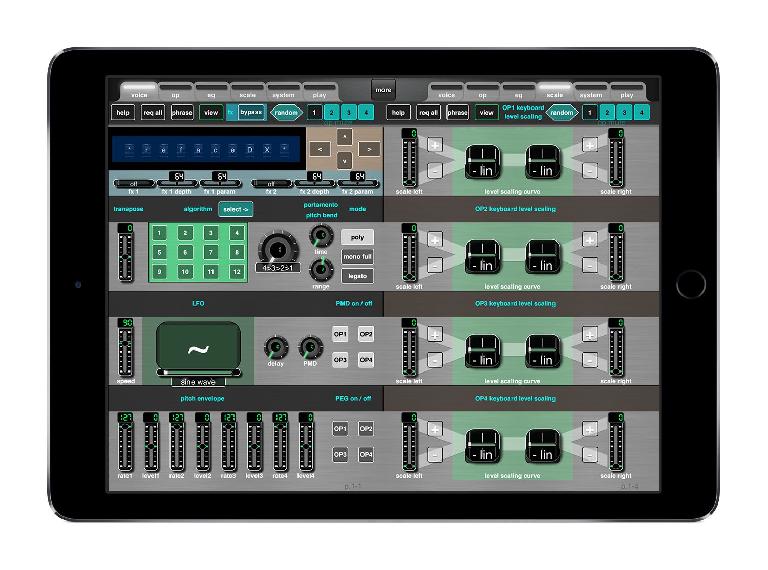 MDDX1: Voice Editor for Reface DX by Helfried highlights this users-author’s eye for design, a deep attention to detail, and a desire to push the underlying platform – MIDI Designer Pro 2 – to do new things. It allows for control of every parameter on the Reface DX and provides surprising new control vistas. The App extends the reface DX’s interface, providing a much-needed algorithms display, Master Tune, Transpose, Randomize and other new sections.

MDDX1 will run on any iPad with iOS 9.3 or better, and will be available on March 1, 2017 for download for $9.99. The app purchase may be applied towards a bundle purchase including MIDI Designer Pro 2. 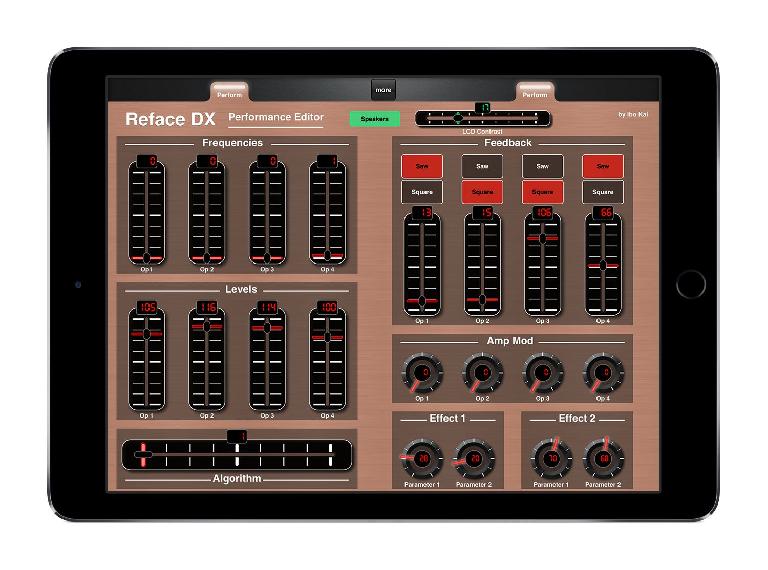 MDDX2: Performance Tool for Reface DX by Ibo Kai is an additional, performance- focused interface for the Reface DX. As the author of the layout puts it, “This layout is pretty simple, just one page shows all the available functions. It is mainly what you find in the 'FM' keypad of the synth: frequencies, levels and feedback settings separately per operator plus the algorithm select." In addition, Ibo Kai added an Amp Mode section. This auxiliary controller for the Reface DX is intended for live and studio performance, where a full-blown editor is not practical.

MDDX2 will run on any iPad with iOS 9.3 or better, and will be available on March 1, 2017 for download for $3.99. The app purchase may be applied towards a bundle purchase including MIDI Designer Pro 2.

MIDI Designer Author and Confusion Studios CEO Dan Rosenstark notes, “Both editors show the layout authors – Helfried and Ibo Kai – flexing design muscle and pushing the MIDI Designer platform to work in new ways. Each is a dedicated tool for working with the Reface DX and each provides a surprising and useful new interface for this small keyboard. Additionally, both provide new users with an entry point into the MIDI Designer platform at a low price.”