All Articles Review
Video Review: Korg Gadget For Nintendo Switch
Rounik Sethi on Mon, April 30th 0 comments
If you were afraid that Loopop was only into making videos for super serious eurorack and hardware synths you'll be pleased to watch his latest video review for Korg Gadget running on Nintendo Switch.

KORG just released their version of Gadget for Nintendo’s Switch gaming console. Gadget for iOS and Mac are powerful workstations for music production and performance. The big question is, how well does Gadget translate to the world of console gaming? After reviewing it in depth, it seems Korg Gadget for Switch has a different goal in mind, at least in my opinion - certainly for this first version just released - and that goal is real-time, multi-person music creation and jamming.

To see if it accomplishes this goal, I tested it live with my daughter, and the result of our first jam session, for better or worse, is included in this clip.

Gadget contains 16 great core “gadgets”- synths and drum machines covering many forms of synthesis, and it sounds fantastic. You can build a song with multiple tracks (instruments) and scenes (e.g. intro, verse, chorus). Different scales, bar lengths and time signatures are supported, and there is copy/paste/undo functionality which means you won’t be wasting much time putting a track together.

The key differentiating feature as I mentioned above is its multiplayer capabilities. There are two multiplayer modes - one where up to four users all share the same screen and work on the same clip, gadget, mix or song at once, and a second split screen mode where each player gets a quarter of the screen to themselves. All players create the same song, but each can work on a different part, view or instrument, in their corner of the screen. You can’t switch between these modes mid song, which would be a nice future addition. An optional 5 minute timer mode helps keep you focused on finishing a track rather than just noodling…

All that said, if you’re looking for a direct port of the iOS version of Gadget for Switch you’re going to be disappointed. Gadget for Switch is a slimmed down version of its bigger siblings and is missing quite a few key features to be considered a complete digital audio workstation. I’m not sure if this lack of certain features is due to limitations of the Switch platform or just limitations of version 1.0, but things like connecting a USB or Bluetooth keyboard or controller, or audio or project export (aside from limited internal sharing), are just not available. If you want to export your song you’ll need to record it via the audio output or HDMI as I did in this clip.

Aside from the connectivity issues above, it seems like on the software side, this first version was optimized for a “TV mode” experience rather than handheld. Much of the touch screen doesn’t work where you’d expect it to - it’s completely inactive on the Song, Mixer and Clip/Piano roll screens, and only partially active in Gadget view. Hopefully this will be addressed in future updates. There are however some interesting motion play gesture controls that are shown in the clip.

So… what’s the bottom line? If you want to use Gadget on your own as music production digital audio workstation, with this first version of Gadget for Switch, you’re better off with their iOS or Mac versions. Gadget for Switch is optimized for TV-mode using Switch controllers, with multiplayer gameplay in mind. If you’re looking for a fun experience creating songs with other people, Gadget for Switch is the best game in town. 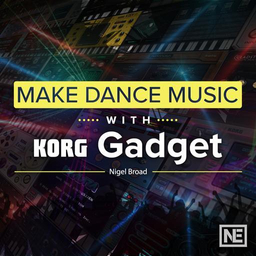