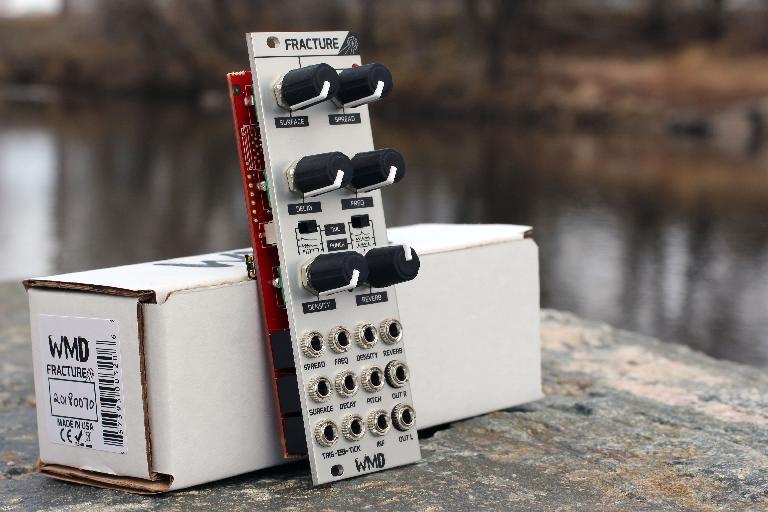 Proprietary micro-samples — specifically recorded for this purpose by WMD — is where it all starts for Fracture. It ends with an engine built to suit those samples, ultimately. Unlike WMD’s first Eurorack percussion synthesizer module, Chimera, which involves impulse-rich samples at its tonal centre, Fracture uses single-impulse samples such as claps, ping-pong balls, opening a beer can, and many more. Moreover, it then plays back a group of similar such samples in a pseudo-random order resulting in unique hits. DENSITY, DECAY, and TAIL settings all affect tone and how ‘tight’ the user’s virtual clappers are to playing together.

Fracture features a number of other outstanding sound-sculpting tools packed into its slender (8HP width) frame, including a stereo output (OUT L and OUT R); built-in H (Hall) and R (Room) REVERB; two trigger inputs for different sound types — TRIG triggers a burst of particles and TICK triggers a single particle (independently of the TRIG input); three types of filter; three types of envelope; and a free-running, voltage-controlled ‘applause’ capability. CV (Control Voltage) over all parameters is also available of course. 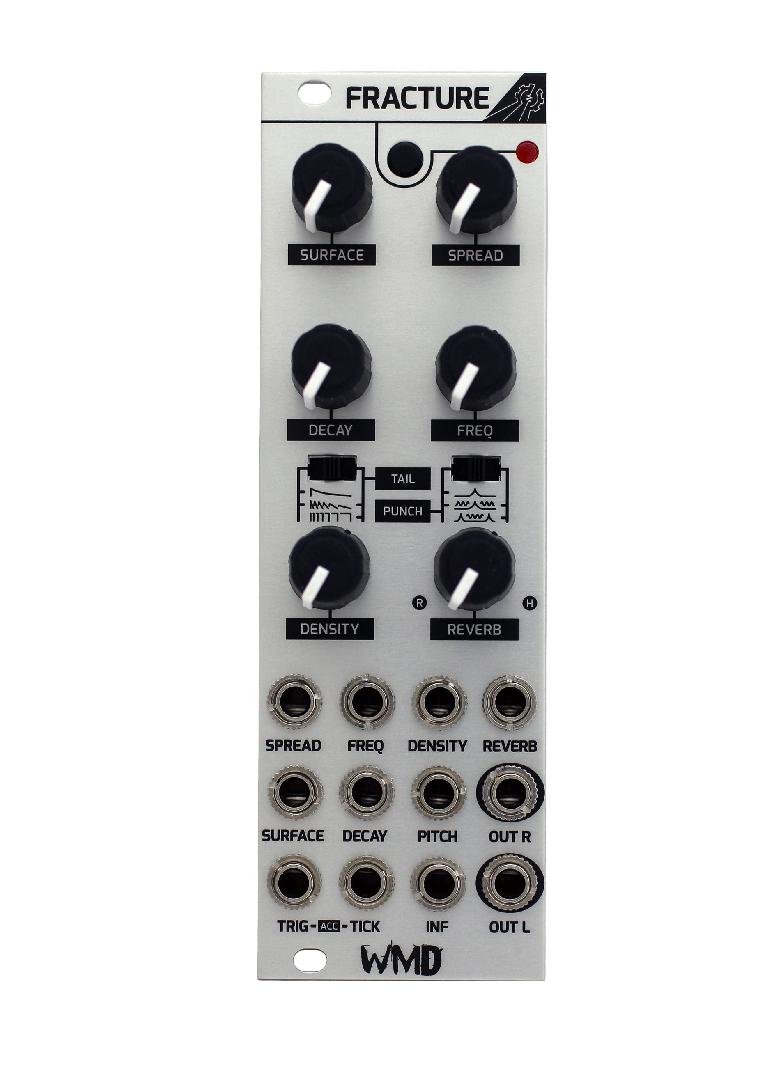 Shipping now, Fracture is available to purchase through WMD’s global network of authorised dealers with an MSRP of $269.00 USD.

Learn more about Eurorack synthesis in the Ask.Audio Academy: https://ask.audio/academy?nleloc=category/audio/topic/eurorackmodular