Genos is a whole new type of flagship instrument, rethought from the ground up to inspire and empower songwriters to create finished compositions entirely within its intuitive and powerful environment — while at the same time vastly improving the accompaniment features that live keyboard entertainers know and love.

Featuring a sleek and modern design that commands attention onstage, this game-changing instrument is set to elevate performance and enjoyment for professional musicians, hobbyists, and listeners alike.

Here's s demo of the Genos by KraftMusic:

Among its myriad improvements and new features are:

Also new are Kino strings, developed with film and TV scoring in mind. Their sound quality is on par with the best software scoring libraries, and they use similar stereo techniques — such as panning different players in the string section to different channels — to achieve blockbuster-worthy authenticity. New brass Voices are also on hand, as are new guitars (acoustic and electric), basses, synth leads and pads, accordions, and more. 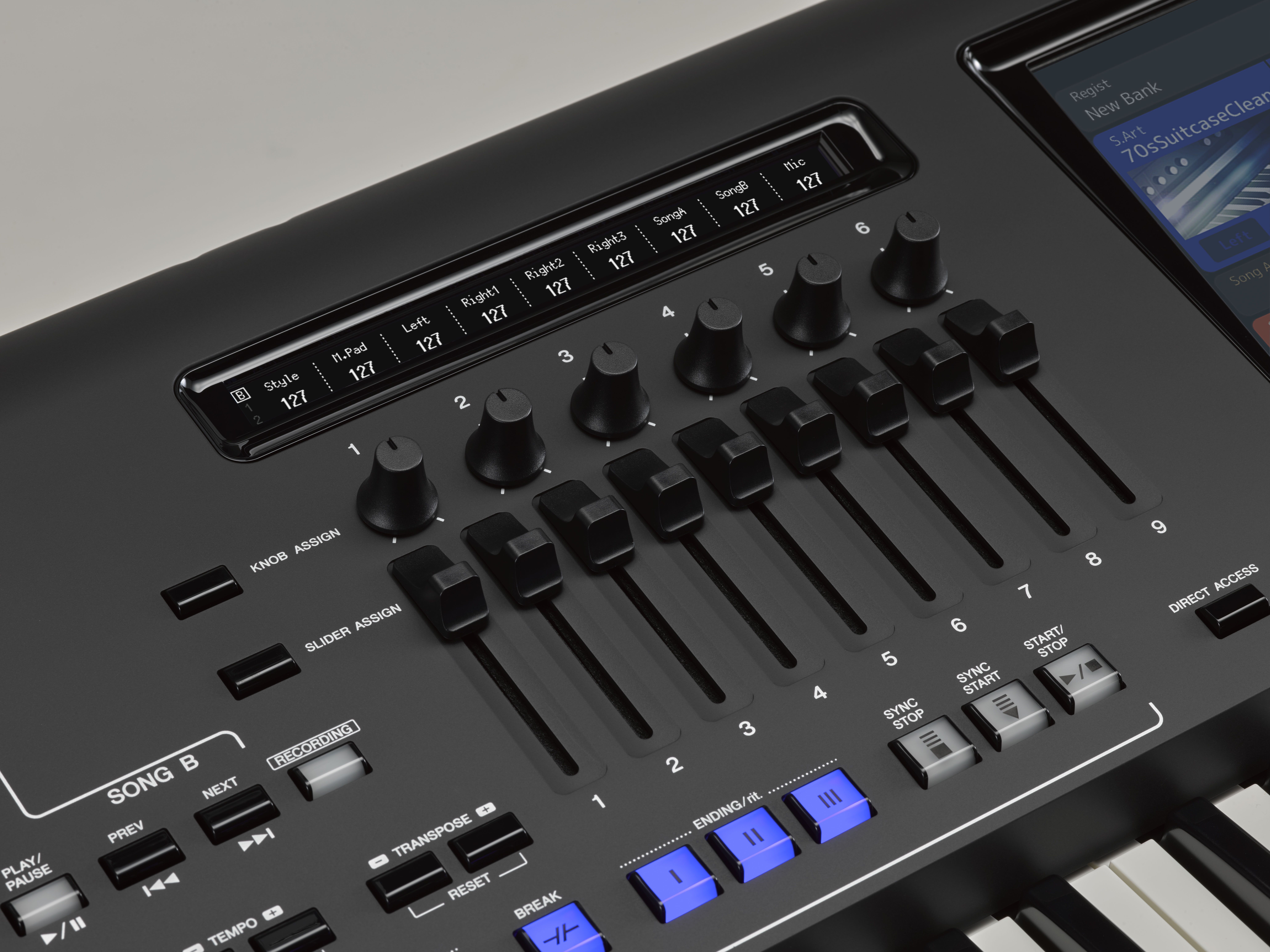 With 256 notes of true stereo polyphony, available notes will never be cut in half just because stereo Voices are in use, and even dense arrangements and performances won’t brush the “ceiling.” Plus, Articulation Element Modeling (AEM) technology automatically chooses the correct instrument articulation (a way an instrument can sound depending on how it is played) in real time according to the player’s keyboard technique: key velocity, tempo, legato versus staccato, and so on. This allows for flawlessly realistic acoustic instrument emulations across brass, strings, woodwinds, guitars, and many other categories. The player can also select specific articulations (bowing techniques, guitar slides, brass fall-offs, and much more) using the three Articulation buttons or connected controllers such as pedals.

Digital-to-analog conversion is the last thing that happens to any digital instrument’s sound before going on to the listening system, and it’s a make-or-break link in the signal chain. That’s why Yamaha used new 32-bit DACs on the main outputs for exceptionally smooth sound. Also included is a S/PDIF digital output for computer recording, providing better-than-CD-quality resolution at 24 bits.

Expanded DSP provides a gargantuan 28 insert effects, which may be stacked and distributed in any way players need — even all 28 on a single Voice. These use the same Virtual Circuit Modeling (VCM) technology as high-end Yamaha mixing consoles, emulating the sound and behavior of classic compressors, choruses, rotary speakers, reverbs, and much more. With graphical user interfaces that recapture the look of vintage gear, they look as great as they sound.

Among the new VCM effects in Genos are Real Reverb, numerous classic guitar and bass amp models, stompboxes, and improved rotary speaker for organ and damper resonance for piano.

Genos offers more real-time control than any songwriting or performance workstation ever made. The Live Control section provides nine assignable sliders and six assignable knobs. Above these is a crisp OLED strip showing the setting each knob or fader controls at any instant, so the player doesn’t need to delve into the main display in order to make changes on the fly. From the balance of parts in an accompaniment Style to individual parameters in a synth sound to drawbars in an Organ Flutes Voice, this unprecedented level of control is sure to make Genos as appealing to today’s synth enthusiasts as it is to veteran users of auto-accompaniment keyboards.

The main display is a brilliant 9'' color touchscreen with updated graphics. To its right, six large Gateway Buttons quickly navigate to Genos’ major modes of operation such as Style and Voice selection, Song mode, and more. Below these are six assignable buttons that let the player cue custom actions or changes, again avoiding the menu-diving that would otherwise interrupt the creative flow.

Ten registration buttons (with multiple banks) save and recall virtually all Genos panel settings. Registrations can now be organized into Playlists for quick access at gigs that might cover diverse types of music. Multi Pads trigger one-shot musical phrases and hits to spice up performances while the keyboard is busy playing the main instrument Voices. Via the Audio Link function, the Multi Pads can trigger user-created audio files for even more customization.

Miles of Styles and Robust Recording

Yamaha accompaniment Styles have always led the industry in realism, conducting a real-time backing band that follows players’ chord changes and musical choices. Genos’ cornucopia of new sound content makes its 550 Styles better than ever, across all musical genres from pop to jazz to classical to rock to hip-hop to EDM to regional and world flavors — and beyond.

Though the Styles are incredibly diverse and each has many selectable variations, intros, fills, and endings, musicians who want utterly original accompaniment can craft their own Styles in the Style Creator — either by editing factory Styles or from scratch, thanks to the full-featured 16-track MIDI recorder that resides under the hood.

To develop an original idea, pick a Voice and Style, work out the arrangement, and then record it as a MIDI song. The MIDI Quick recording mode automatically assigns all the keyboard and accompaniment Style parts to the proper channels. A MIDI Multi recording mode is also present for more advanced users who wish to build songs a track at a time. Then, overdub more Voices, add a vocal track right onboard (using the highly realistic and flexible Vocal Harmony features if desired), and record the result as a stereo WAV file.

Being able to mix everything to audio — what the player’s fingers are doing, what the Styles are doing, mic input, and even the Multi Pads — makes Genos a songwriter’s dream. Without requiring any other gear, demos can sound as polished as studio mixes. 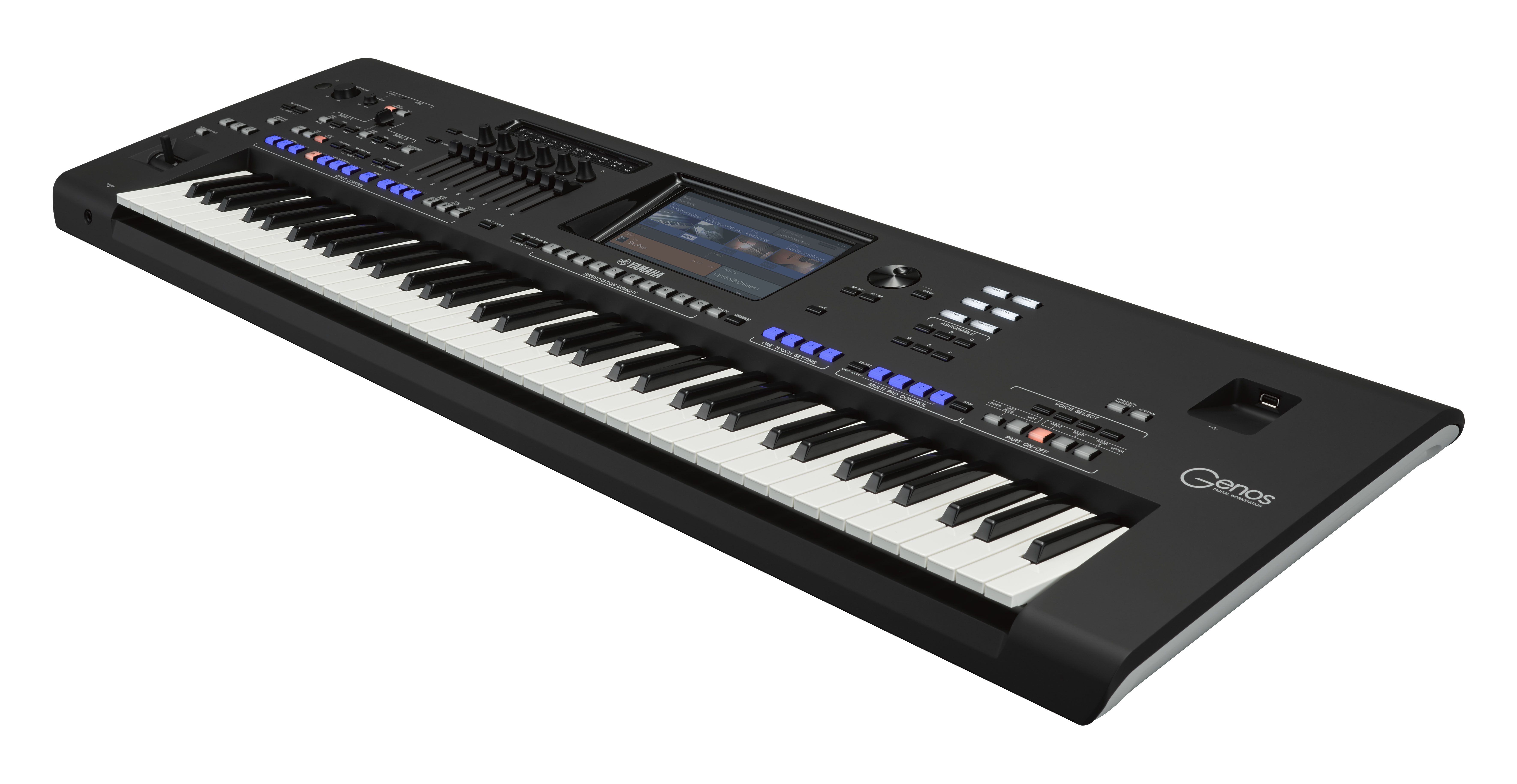 What Songwriters are Saying

Despite the Genos’ deep feature set and technical prowess, songwriters of a decidedly music-first, technology-second bent are finding it intuitive and immediate to use. Among these are Nashville A-listers Beth Nielsen Chapman and Ashley Gorley.

“I get inspired, usually, from a sound. That’s why I’m so crazy about this keyboard, because the sounds are so fabulous. … It’s like having a co-writer that’s me, so we get along really good! I find it very intuitive for a person like me, and I think a lot of songwriters are like this. Our minds are just going bzzz, and this is probably one of the most simple setups I’ve ever worked with …  There are these lovely sounds that I can layer and make each song really unique unto itself. I can’t wait to really use this as a main tool to create production ideas.” – Beth Nielsen Chapman

“Nashville is a guitar town, but I’d always written — and still when there’s a writers’ round or a Bluebird-type event — I would always use keyboard. The first thing I noticed was ... really good piano sounds. There’s always been a struggle with keyboards’ drums and guitars. The guitars usually don’t come across well, but on this one, I can hold onto things and make it sound a little bit more like I’m messing around on the guitar. It’s great. … Especially if you’re not a computer-proficient person where you can download millions of libraries and go through all that — that’s a whole day to do that, and if it’s three minutes, then I’d forget whatever I was going to play! So to have the right amount of sounds ... one page where I can see it here and affect it here, then I’m good. This sounds like it could actually be part of a track.” – Ashley Gorley

They found, as any musician who tries Genos will, that it is simply the best sounding, most complete, easiest to use, and inspiring Digital Workstation keyboard ever created.