All Articles News
Yamaha QL and TF Consoles Now Include Steinberg Nuendo Live For Live Recording
Rounik Sethi on Thu, March 3rd 0 comments
Language
What better way to record live multi-track audio on your Yamaha QL and TF series consoles than to use Steinberg's Nuendo Live? And now Nuendo Live is included with every console in the series.

Previously available only stand alone, or included with the company’s CL series digital mixing consoles, Nuendo Live is now integrated across all three console series, thanks to a collaboration between Yamaha and Steinberg, a member of the Yamaha group.

Nuendo Live multitrack recording software is ideal for use in live sound applications – from club gigs, to hall concerts and festivals. It offers ease of operation in busy live sound situations, high reliability, and a comprehensive range of features that add up to professional performance and efficiency. Direct control of channel names, markers, and transport operation from QL series consoles contributes to tight integration between DAW and console in a streamlined live recording system (TF consoles require a PC for Nuendo control). 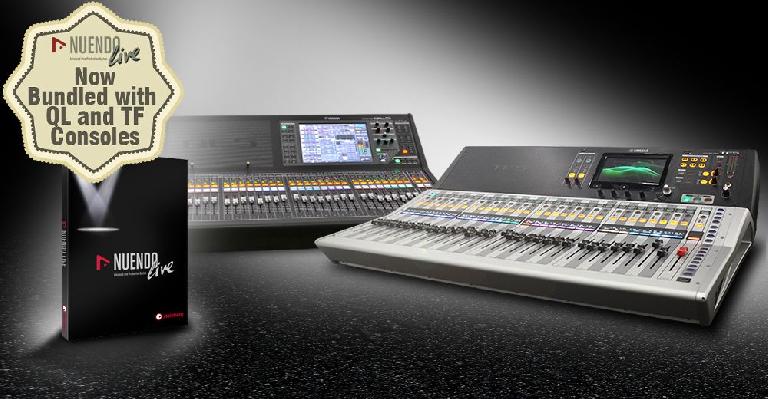 Similarly, Nuendo Live brings greater power and system flexibility to the TF series (which stands for TouchFlow Operation™). The series comprises three compact, performance-packed digital mixing consoles – TF5, TF3 and TF1 – which feature 33-, 25- and 17-motor faders, respectively, along with 32, 24 and 16 rear-panel analog inputs. Each console includes recallable Yamaha D-PRE™ preamplifiers for the first time in a digital console, which facilitates support for live music and events where full setup changes need to be made on the fly. Nuendo Live will replace the Cubase AI software previously bundled with TF series consoles.

In addition to the advanced multitrack recording and virtual soundcheck capabilities that this powerful combination of hardware and software provides, users will be able to seamlessly move Nuendo Live project files from system to system, allowing easy soundchecks in a wider variety of environments.

The Nuendo Live bundle for Yamaha QL and TF series consoles will be available in April. For more information, visit http://4wrd.it/NUENDOLIVEBUNDLE 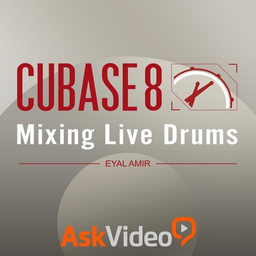 Dream It. Do It.
Do you want to learn Mixing Live Drums?
Yes, I want to learn!
No Thanks, I just want to read the article.
Feedback
How are we doing?
We'd love your thoughts, feedback and questions regarding our new site. All feedback is appreciated!
We do not respond to this form! If you need support, please visit our support page.
Thank you for your input!
Your message has been successfully sent
Course Advisor
Don't Know Where To Start?
Ask A Course Advisor