All Articles Review
3 Essential Plug-Ins for Dub Style Delay
Sara Simms on Mon, March 3rd 0 comments
Language
Getting Dub Delay to sound right with standard digital plug-ins can be tricky. Fortunately, there's some delay units designed just for this and Sara Simms is on hand to explore 3 of her favorite ones.

Dub is a technique and style that originated in Jamaican rocksteady and reggae. Dub pioneers created the sound by experimenting with different pieces of kit and used the mixing board as a musical instrument. Originators of the sound include Osbourne Ruddock (King Tubby), Bunny Lee, Lee 'Scratch' Perry, Augustus Pablo, Prince Jammy and Scientist. The instrumental dub remix was introduced in the late 1960s and the early 1970s. Jamaica's innovative producers and mix engineers employed a fresh approach; they used recording and mixing equipment in new ways to create the dub style. They would often modify their equipment to make unique customized sounds. One signature characteristic of dub is long, feedback style delays that were originally created using analog equipment.

Luckily for us, the sound of dub delay can be easily created with using today's modern plug-ins. Here are three essential plug-ins for creating dub style delays. 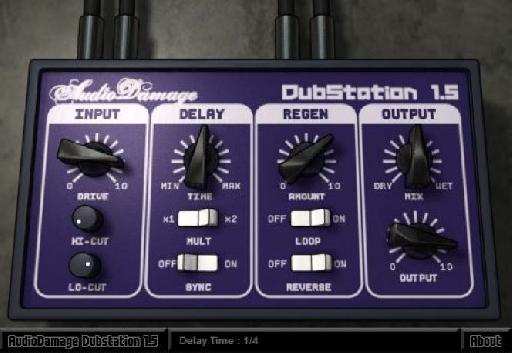 Audio Damage DubStation is a great looking and sounding plug-in that's easy to use, especially if you're just getting started creating dub delay. It's been modelled on vintage delay units, and produces a warm, classic dub reggae delay.

Dubstation is a user-friendly plug-in, and is simple for beginners to use. The input knob allows for attenuation of up to 3 dB and features a hi-cut low pass filter and lo-cut high pass filter. The low cut emulates the sound of older delays and is useful for emulating signature Jamaican style effects. The amount of time that the signal is delayed is determined by using the Time knob and the Mult switch together. The Time knob can vary the delay time from 4 ms to 1000 ms, with the option of doubling these values using the Mult switch. DubStation has been modelled on 'bucket-brigade' style delay units; which means the pitch of the signal changes as the time is changed. Dubstation's style of delay modelling helps it produce great sounding dub delays.

A good analogue delay requires a feedback control, which is called Regen (regeneration) on Dubstation. Essentially Regen controls the amount of delayed signal that is fed back into the delay line, and it can be used to create a long looping delay, similar to hardware analog delay units. In the Regen section, there's a Loop switch, which causes the plug-in to play the sound in the delay line without changing it. There's a Reverse switch which plays the audio in the delay memory backwards. The Output section allows you to control the relative amounts of the original and dry signals and the Output level determines the overall volume. Dubstation includes a selection of awesome sounding presets that are useful for beginners learning to program dub delays. Priced at only $39.00, it's affordable for every producer to have this sonic gem in their arsenal.

The Roland RE-201 Space Echo Tape Delay Plug-In is an emulation of Roland's famous Space Echo. Legendary artists such as Pink Floyd, David Bowie, Portishead and Radiohead all used the original delay. The engineers at Roland spent over a year developing the RE-201 Space Echo and many producers consider it simply the best digital delay. The RE-201 perfectly models the original, in both sound and appearance. It features the Space Echo's long sought after tape distortion, pitch shifting, wow and flutter, self-oscillation and spring reverb emulation.

The features have been thoughtfully laid out; on the far left you'll find controls for Echo Pan, Reverse Pan and the Input Volume. There's a Mode Selector switch for choosing head combinations, Repeat Rate for controlling timing, and Intensity for setting the repeat count and self-oscillation. The Echo/Normal 'Dub' switch is present, as well as controls for Bass, Treble, Reverb Volume and Output Volume. The RE-201 can be used for creating full-on dub delays, as well as more subtle effects like shimmering echoes or splashes of reverb. The algorithms have been accurately designed, and the RE-201 stands out brillantly in mixes. The RE-201 Space Echo Plug-In is the perfect creative companion for adventurous producers who demand sonic perfection.

Waves H-Delay is a hybrid delay plug-in, which can be used to create great sounding dub delays. It's a part of the Waves Hybrid Line, which focuses on creating analog sounds with a digital interface and processing. It can also be used to make classic Lexicon PCM 42 style effects like filtering, flanging, phasing, slap back echo, ping pong delay and tempo sync. The H-Delay is capable of producing up to 3500 ms of delay time for tripped out effects. It's worth mentioning that the H-Delay has an attractive GUI that's bright and well-designed, which makes it fun to use in sessions.

In the middle of the faceplate is the delay time display, which can be set either in milliseconds, by BPM or synced to the host tempo. The delay time can be adjusted by using the large Delay button (located to the left of the display). The tap button allows you to set the rate of the delay, which is useful if you don't know the exact time you want the delay to follow. There's also a Lo-fi button which can dirty up the sound and is useful for creating trippy sounding dub FX.

The Feedback knob determines how many times the delayed signal is heard. Low feedbacks acts more like a slap delay, while longer feedback continues on for an increased amount of time. To create dub delays, you'll want to adjust the feedback knob so that longer delays are heard.

One of H-Delay's best features is its ability to emulate hardware-style pitch behavior. At the bottom of the H-Delay are the modulation knobs and the filters. The modulation is used to add an LFO to the delayed signal and the rate and depth can be adjusted. Adding modulation can create truly awesome sounding effects. The HiPass and LoPass filters are used to change the delayed signal. There's a Dry/Wet knob, (20 Hz to 20 kHz) which affects the amount of the signal that is put through the plug-in, and a link knob to adjust them simultaneously. The output is the overall volume output of the unit and the analog knob gives you four options to control the overall tone of the plug-in.

With a bit of experimentation, the H-Delay can be tweaked to produce dub delay effects. In true Waves plug-in fashion, it's a cross-platform plug-in that's simple to use and sounds fantastic. 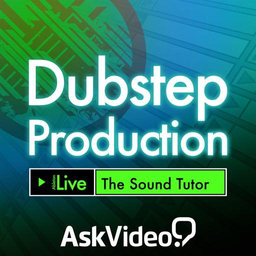 Dream It. Do It.
Do you want to learn Dubstep Production?
Yes, I want to learn!
No Thanks, I just want to read the article.
Feedback
How are we doing?
We'd love your thoughts, feedback and questions regarding our new site. All feedback is appreciated!
We do not respond to this form! If you need support, please visit our support page.
Thank you for your input!
Your message has been successfully sent
Course Advisor
Don't Know Where To Start?
Ask A Course Advisor