All Articles Reason
5 Tips for Mixing in Reason
Hollin Jones on Thu, August 28th 0 comments
Language
From working with sub mixes to making the EQ less fiddly to work with, these top mixing tips for Reason users by Hollin Jones will help save you time and make the process more satisfying.

If you want to bypass Reason's internal mixer, say perhaps to send a track through an external hardware effect unit, you can use its outputs located on the rear of the Audio Track module or instrument or effect module to send it directly to any of Reason's direct outputs. You would have to make sure the routing matched in the Preferences > Audio section and that the physical wiring continued from your interface to your hardware. You could even do this for all tracks in a project to mix it on a hardware desk, or use the same trick to route one or more modules over ReWire into the mixer of a host like Logic or Cubase to process sounds using VST or AU plug-ins. 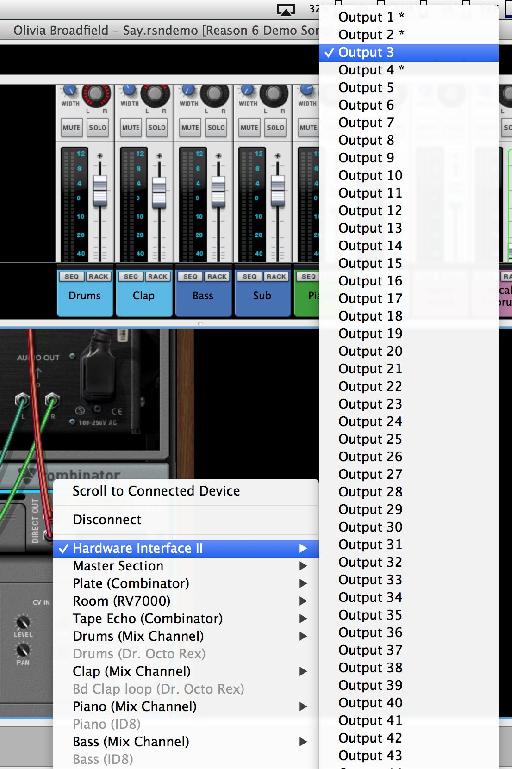 You can submix in Reason's mixer by creating new busses. Right-click on a channel in the mixer or press Command-G to create a new output bus. Then name it appropriately and from the output selector pop-up at the base of any mixer channel, send any number of channels to the new bus. This would be a good way for example to send all your backing vocals, several guitar parts or a multitracked drum kit to a single fader to make the overall mix easier to manage. You still have individual control over the levels that are sent to the bus, for making fine changes. 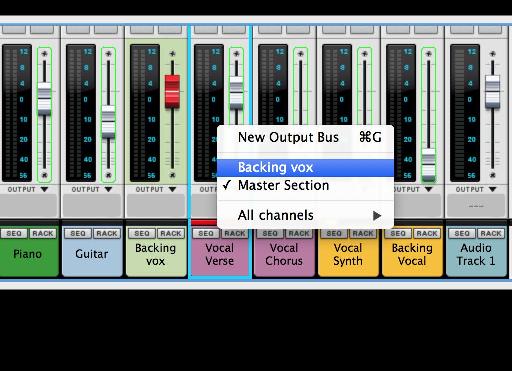 The EQ controls in the mixer can be a bit fiddly to work with, but if you click on the EQ window button for any channel, you can reveal a much bigger EQ graph window that makes altering frequencies much simpler and more intuitive. By using the track select drop-down menu at the base of this window, you can switch to editing the EQ on any track in the mixer without having to leave the window, which is a great timesaver. Or, click Follow Selection and click on any track in the mixer to have its EQ displayed automatically. 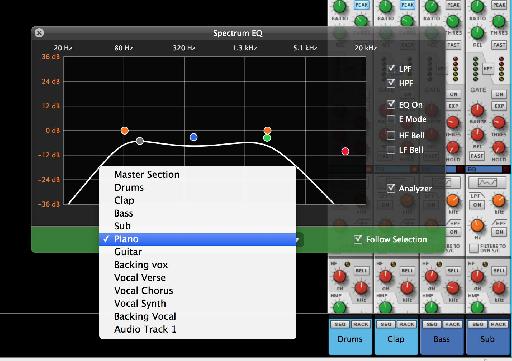 Right-click on any channel in the mixer and from the contextual menu you will see an option called Copy Channel Settings, with five options. From here you can copy dynamics, filter and EQ, insert FX, FX send or all settings with a single click. Then repeat the process to paste the required settings into any other channel. This can be incredibly useful since it lets you for example spend time getting the processing on one channel just right, then applying it directly to a similar channel with no fuss. You can also save an insert FX patch for a channel, making it easy to build up a collection of custom processing chains. 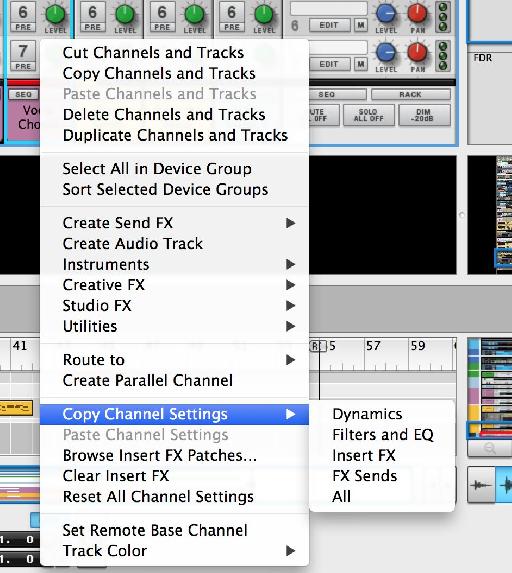 Tip 5 - Reorder the Sequence of effects

Altering the signal path for any channel can affect its sound. You can use the buttons at the top of any channel to change the order in which sound is processed, placing the insert, dynamics and EQ sections in a different order. Compressing before applying effects for example will yield different results to compressing after effects, depending on exactly what combination of processors you are using. 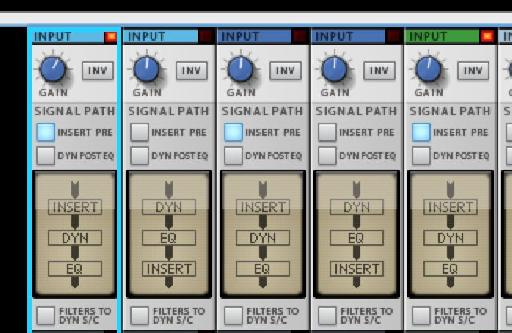