All Articles Reason
5 Ways to Get a More Organic Feel in Reason
Hollin Jones on Thu, June 5th 0 comments
Language
It's time to break away from the grid. Think outside the box and get your "organic" or human shuffle going with these 5 quick tips for Reason users from Hollin Jones.

Reason is really good at helping you to keep everything in sync, but sometimes you want a more natural and organic feel to a part. You want it to not be snapped, to not automatically conform to a grid. Maybe not for a whole track, but perhaps for a single element. A piano part for example, which might benefit from a more loose and lazy or shuffling feel while the beat remains solid. Here are some tips to help you achieve a more natural feel'¦ 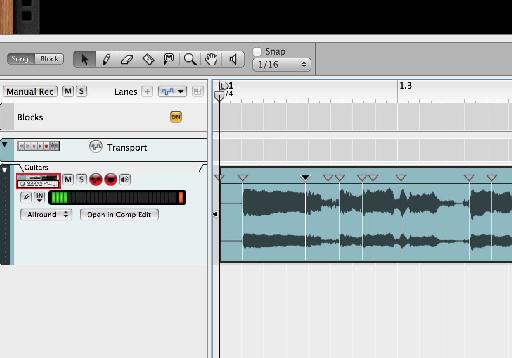 Audio that you import or record onto a track in Reason is automatically analyzed and sliced so that it stretches or snaps to fit the tempo grid of the project. Usually this is desirable, but there's nothing to stop you manually de-syncing slices to change the feel of a part. This is a handy tip for time-correcting parts but can also be used to deliberately put words or notes out of time. Double-click on the audio clip and manually move the slices to the desired positions, being sure to deactivate snapping for a free hand, or choose a finer snap resolution than the default 1/16 to retain some semblance of sync.

Again by default, effects that have a tempo element to them will sync to a project's tempo, and you can switch resolutions to make them work faster or slower but still conform to tempo. By switching sync off however, you can get much more experimental results. Try this with The Echo for instance. In the Delay section of its front panel, switch off the Sync button and now the delay will work completely independently of the master tempo, which can be great for dub-style effects. 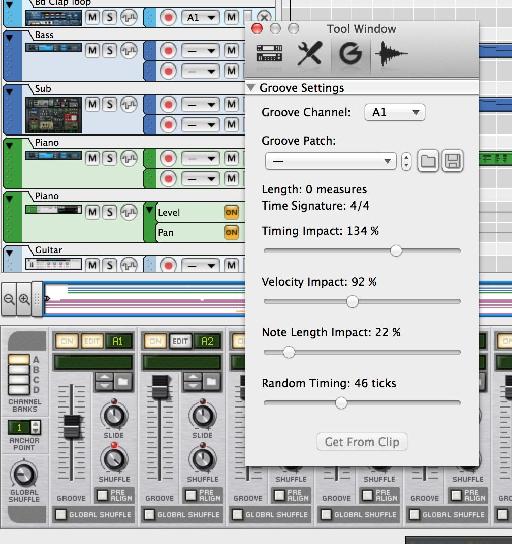 OK so you're not really abusing it, but using it to add more uncertainty than you otherwise might. Route a MIDI track to the ReGroove mixer and add slide and shuffle with the knobs to push a part slightly ahead of or behind the beat. Click on the Edit button on the ReGroove channel and you can be more specific, controlling the amount of impact and randomness added to the shuffling in the Tool window. 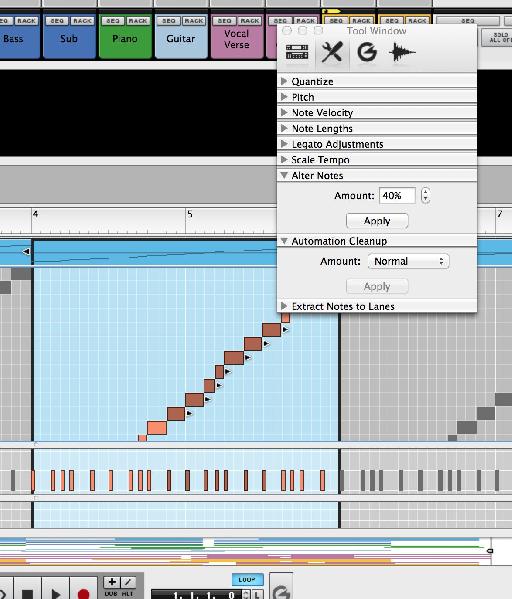 Just like audio is automatically sliced up, REX loops work on a system of MIDI-triggered audio slices. If you double-click on a REX clip to open it in edit view and then open the Tool window and go to the Sequencer Tools window, you will find various options to mash up the notes that make up the clip. If you choose the Alter Notes option and an amount value then hit Apply, the notes will be changed at random while retaining their original timing. To de-sync them completely you can of course manually move the notes by hand to any position you like.

The Alligator is another tempo-based effect, this time working with filters. It has both shuffle and shift controls and two sync buttons. If you deactivate the sync buttons you can get a much more organic feel from the way the effect filters your sounds.