All Articles Audio Software
8 Tips For Choosing The Right DAW For You
Hollin Jones on Thu, May 26th 4 comments
Language
Choosing your DAW (Digital Audio Workstation) like Ableton Live, Logic, Cubase, or FL Studio, can be confusing. These 8 tips are designed to help you decide on the right audio software for your needs.
[gallery_page_marker title='There isn’t a “best” DAW' has_intro='false'] Once upon a time, some DAWs did certain things much better than the competition. Cubase ruled in MIDI, Logic had the best instruments and Pro Tools was king of audio tracking. While some of these kinds of advantages are still true to an extent, the differences between the major DAWs have narrowed dramatically. Also when asking people for advice, remember that their experience will almost certainly come from what they first got and learned, and have stuck with. There will be people who tell you confidently that it “has to be Pro Tools” because “it’s the best” when in reality it could well be all they’ve ever used. Be a proponent of something you use and like by all means, but people have a tendency to dismiss all of the competition with a wave of the hand, just because they haven’t ever really used it.

2.  Platforms Mean Less Than They Used To

Run Windows on your Mac hardware if you really want to

There are still a small number of cases where your computer platform of choice will influence what DAW you use. Logic is Mac only, SONAR is Windows only and so forth. But the majority are dual platform. Actually, Macs can run Windows natively under Boot Camp so that’s one less barrier to using Windows apps on a Mac. And some of the old divisions have lessened or faded completely. Windows 10 is more stable and better at dealing with peripherals than Windows XP was. Macs can run Windows. You’ll still have an emotional attachment to one platform or the other, but in most cases it won’t affect what DAW you choose. 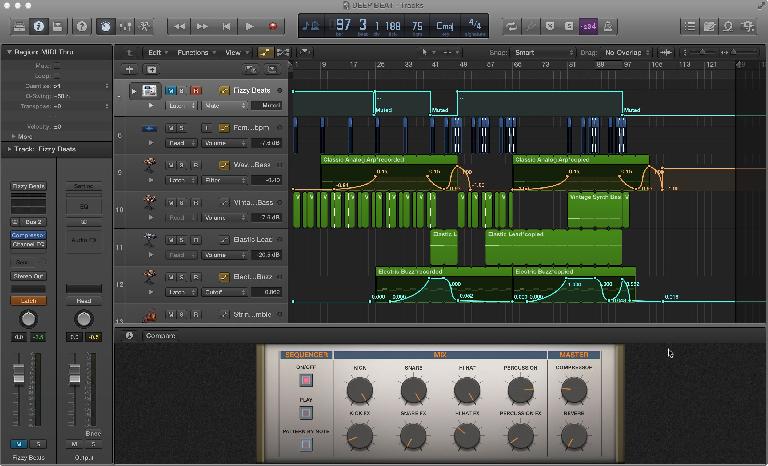 Believe it or not, Logic used to be really expensive. Like, well into the thousands of dollars once you started unlocking all the instruments. Then Apple bought it and killed the Windows version (yes, Windows!) and started to make it cheaper beginning with bundling all the plug-ins and eventually killing the entry-level version. Logic Pro X now sells for $200 which is less than you’d once have paid for some of its soft synths. The reason it does this is because you need a Mac to run it on, and Apple likes selling Macs. None of this means that you should favour it over anything else (Logic isn’t my main DAW), but the point is that you do get a lot of bang for your buck—as long as you have a Mac!

4. Think About What You Want To Do

The style of music you make might help decide your preferred DAW.

Most serious DAWs now cover all the bases: instruments, effects, audio tracking, pitch shifting, MIDI generators and so on. But it’s still the case that some have particular strengths and these can come into play when deciding which to get. People will argue all day about things like this and everyone is entitled to their opinion but if you look at what groups of users produce, there are trends regarding what they use to do it. A good way to figure this out is to look on the forums for a particular product, and the kinds of demo content that developers produce to showcase their DAWs. Just a couple of examples: FL Studio and Ableton Live are pretty EDM-oriented, Pro Tools seems to be favoured by people tracking lots of live audio, Ableton Live is also used a lot by people working with hip hop and loops. They can all do this stuff, but some are better adapted than others. 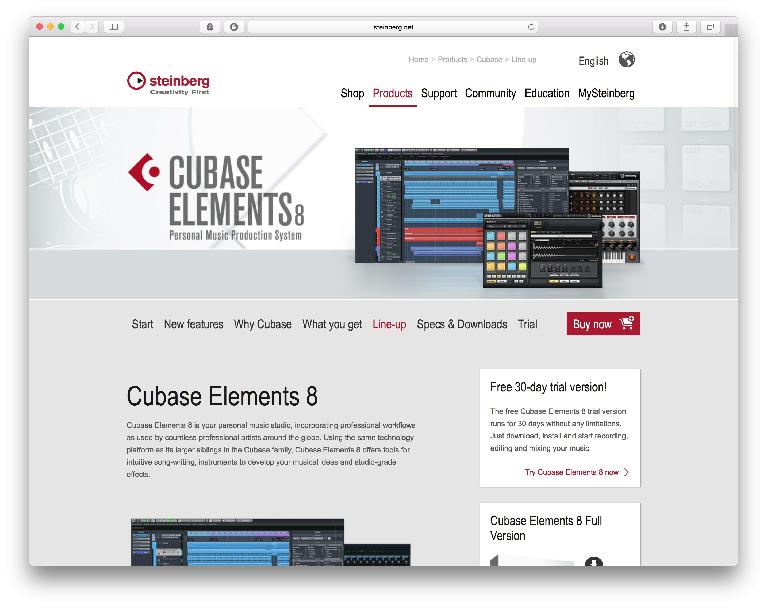 With a few exceptions, DAWs usually come in entry level and “full” versions or some variation thereof. The entry level versions are always cheaper, sometimes significantly so, and have a solid core feature set while leaving out some of the more advanced stuff. Sometimes the differences are also in the amount of bundled content you get as well. Honestly, the “essentials” versions of DAWs are pretty good for most people’s needs and there’s always an upgrade path if you decide you need more stuff later. Developers will almost always provide an easy feature comparison online so you can decide whether the top end features are deal-breakers for you.

6. Will You Be Moving Projects Around?

Moving projects between DAWs can be tricky unless they support certain formats.

If you are working in your own studio and plan to complete whole projects there, this is less of an issue. But if you plan to mix elsewhere for example, get a DAW with batch export of stems, which will save you hours of tedious work. If you’re working between studios and transporting hard drives around, it makes sense to get the same DAW they’re using in the other studio, so you can open raw project data wherever you are. Some DAWs make this especially easy, like Reason with its single project files holding all information, and the ability to add Rack Extensions based on your license key. For others, freezing tracks is a good way to ensure consistency if specific plug-ins are not present on the system you move to. Some mid to higher end DAWs also support exchange formats like OMF and AAF which while not perfect, make it a little easier to move between different systems. 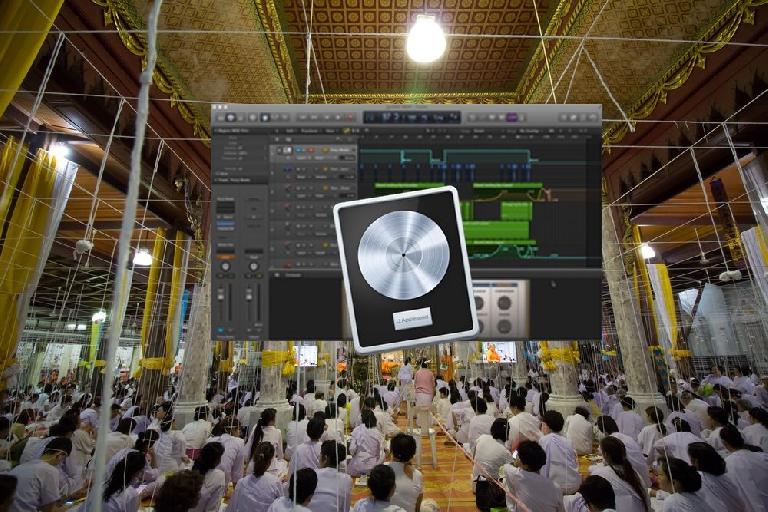 There's a temple near you where like-minded musicians are worshipping your DAW.

I know people who have an almost religious devotion to DAWs that I just don’t get on with at all. Why? Because they feel right to them, and that’s the most important thing. It doesn’t really matter if one DAW has cooler-looking synths than the next. What matters is if you get on with a piece of software, you’re going to get more done and spend less time looking for tools and more time making music. Is there a perfect DAW? Not really, since there will always be room for improvement in any software. But you spend so much time in the DAW that you do choose that you have to feel like on the whole, it’s working with you and not against you. That will be different from one person to the next and many developers provide demo versions for precisely this reason.

The AskAudio Academy has the largest collection of video education courses for audio & music production on the web. There's professionally produced video tuorials for every DAW under the sun from beginning level to advanced tips and tricks.

Best of all, you only need to sign up for a free account and you get to watch 10% of the 550+ hours of video training for free. That means you can check out videos on each DAW and get a sense of which would suit your needs best.

Hollin Jones
Hollin Jones was classically trained as a piano player but found the lure of blues and jazz too much to resist. Graduating from bands to composition then production, he relishes the chance to play anything with keys. A sometime lecturer in videographics, music production and photography post production, Hollin has been a freelance writer on music technology and Apple topics for well over a decade, along the way publishing several books on audio software. He has been lead writer at a number of prominent music and technology publications. As well as consultancy, full-time journalism, video production and professional photography, he occasionally plays Hammond, Rhodes and other keys for people who ask nicely. Hollin is Contributing Editor at Ask.Audio.
Related Videos
Comments (4)

Dream It. Do It.
Do you want to learn Beginner's Guide?
Yes, I want to learn!
No Thanks, I just want to read the article.
Feedback
How are we doing?
We'd love your thoughts, feedback and questions regarding our new site. All feedback is appreciated!
We do not respond to this form! If you need support, please visit our support page.
Thank you for your input!
Your message has been successfully sent
Course Advisor
Don't Know Where To Start?
Ask A Course Advisor