All Articles News
AD 480 Reverb, Rich Reverb Sound Now for iOS
Rounik Sethi on Tue, June 24th 0 comments
Language
Fiedler Audio tell us their new AD 480 for iOS is the first professional reverb effect for iOS Devices with a unique parameter set and a vast sonic spectrum. Excited? Curious? We are too!

Fiedler Audio/ Munich, June 24th, 2014 (ictw) '" Fiedler Audio launched the AD 480 Reverb Version 1.26, the latest professional reverb effect for iOS devices. Now that legendary, big machine, dense and warm reverb sound that makes great records and epic live sound is available for iPad and iPhone. The AD 480 Reverb algorithm is inspired by the sound of the sought after studio reverb units that were only available for the big budget recording studios and major touring acts. 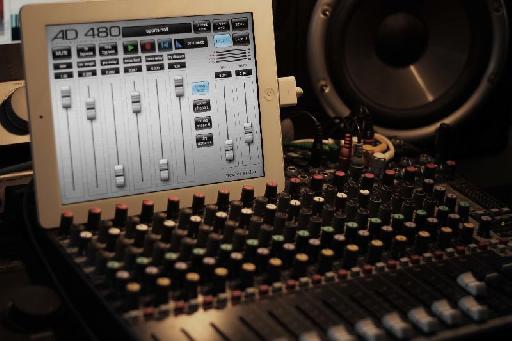 The AD 480 Reverb is capable of simulating a great variety of acoustic spaces and its parameters let you shape the sound in many different ways. The Parameter 'size' lets you practically choose an 'algorithm' - a set of reflections '" from a continuous range of values corresponding to a certain room size and thereby giving you a lot more freedom than other reverbs with fixed 'algorithms' (room sizes). Powerful filters shape the sonic color of the reverb tail and the 'cross feed' function enables you to control the directional behavior of the reverb tail according to the panorama angle of the input signal.

The user interface is designed for today's touchscreens and provides quick access to all parameters. The extremely responsive faders and buttons are all multi touch enabled and their sizes correspond to the dimensions of real human hands. 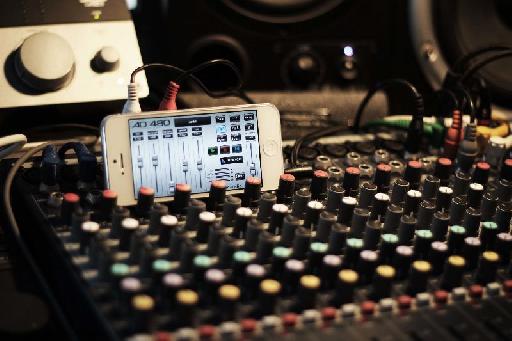 Finally, the AD 480 pro is the flagship of the three AD 480 Reverb units and comes with 108 presets covering a broad spectrum of reverb types. It has a professional preset management for MIDI routing, audio routing and reverb parameters. The input and output routing matrix enables you to route your audio signal individually to and from up to 24 inputs and 24 outputs of an external USB or MFi audio interface. So far this is unique to an effect app. For low light environments the AD 480 pro offers a special graphics mode (iPad only). Via MIDI you can fully remote control / automate all the parameters of the AD 480 pro. With sample rates from 44.1 kHz up to 96 kHz and latencies down to 64 samples, the AD 480 pro is designed for professional use.

Another unique feature among mobile apps is the Dynamic Upgrade method allowing to run up to three separate AD 480 pro Reverbs simultaneously by automatically upgrading AD 480 free and AD 480 basic to pro features when AD 480 Reverb pro is present on the iDevice. Other new key features are the support of Apple's new Interapp Audio, recording and playback inside the AD 480 Reverb and import, export and offline processing of audio files. Preset files can now be shared among different instances and users by accessing them via iTunes Library Access.

Additional information on the AD 480 Reverb is available at: www.fiedler-audio.com/products/ad-480