All Articles Audio Software
Batch Process Audio Editing Like a Pro in iZotope RX6
Matt Vanacoro on Fri, January 5th 1 comments
Batch processing audio can save you a huge amount of time and effort. Here's Matt Vanacoro to show you how it's done in iZotope's powerful RX6 Audio Editor.

RX6 Audio Editor from Izotope has been a saving grace for audio and video professionals everywhere. Nothing cleans out the hiss from a poorly grounded preamp or the rustle from a poorly placed lav mic like RX6. There are times, however, where running RX6 can be very time consuming, and as most of us may know, opening it up 3rd party audio plugins in Final Cut Pro is, well… less than fun. I often have a huge folder of video takes after a shoot that all need the same touch of RX6 love before I use them, and here’s how to process them all at once.

Step 1 - Get it Right the First Time 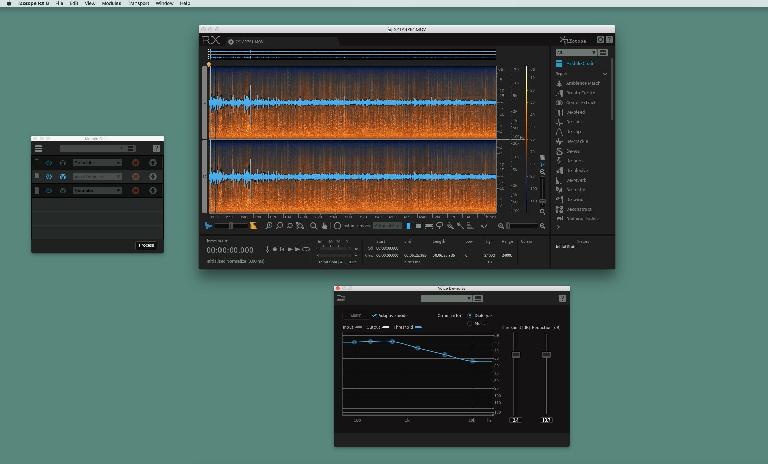 It’s not just one of my favorite Billy Joel songs, it’s the first step in the batch process! The first thing you’re going to have to do is open one of the files in RX6 and figure out exactly which modules you need to use, and nail down the settings for those modules. If you’ve got more than one module to use (like voice denoise followed by gain to raise the volume up) it may be easier to put them in a module chain to test out the order.

Now, you can adjust the settings in the batch process window later on, but for efficiency, I find it easier to simply save a preset for each module right now. This way I know the settings will be exactly the way I want them, and I don’t even have to open up the specific module’s window. 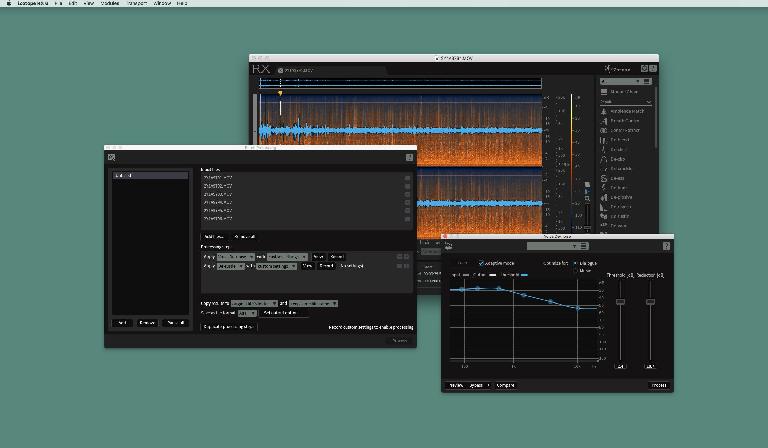 Go to ‘Window’ and choose ‘Batch Processing’. This will open up the batch processing window for RX6. From here, you’ll want to first ‘add’ the files you plan on processing. RX6 will take audio files, but it will also take video files as well. It will extract the audio from the video file and give you a ‘bounced’ audio file as an output that matches your video file’s length exactly.

After you add your files, line up your ‘chain’ of processing steps. If you’re only using a single one, that’s cool too. It’s on this screen that you can use the drop down menu to select the preset you created for each module when you did your ‘test run’ in step one. If you didn’t save a preset, you can open the settings and tweak them now with the ‘view’ button. Just keep in mind you will need to ‘record’ the custom settings (the button right next to view) before the ‘process’ button in the bottom right will be activated for you. 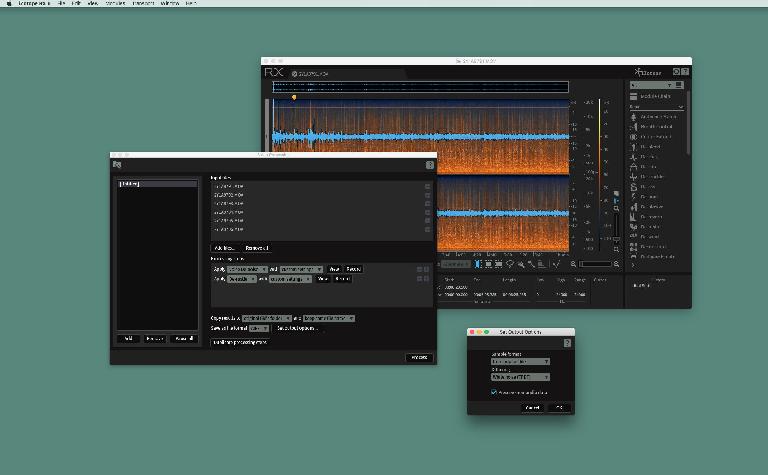 Now that you know what RX6 is going to do to your audio, it’s time to choose where that audio should go once it’s been processed. You can change the file format, choose a different folder, alter the file name.. it’s all here. If you’re batch processing video, it helps to simply keep the same file name, this way if you sort by name every video file will have a corresponding ‘cleaned up’ audio file right next to it. Score!

I can’t say enough how much faster processing audio is this way as opposed to trying to tinker with 3rd party plugins in your video editing app. You can even load up your favorite third party plugins to give it that ‘final polish’ before the video ever even hits your editor!

Dream It. Do It.
Do you want to learn The Unofficial Video Manual?
Yes, I want to learn!
No Thanks, I just want to read the article.
Feedback
How are we doing?
We'd love your thoughts, feedback and questions regarding our new site. All feedback is appreciated!
We do not respond to this form! If you need support, please visit our support page.
Thank you for your input!
Your message has been successfully sent
Course Advisor
Don't Know Where To Start?
Ask A Course Advisor