All Articles Audio Software
Best of 2017: iOS Apps For Musicians & Producers
Hollin Jones on Sun, December 24th 0 comments
2017 was a great year for making music on iPads and iPhones, with several major new releases. Here are some of our favourite tools for mobile music-making. 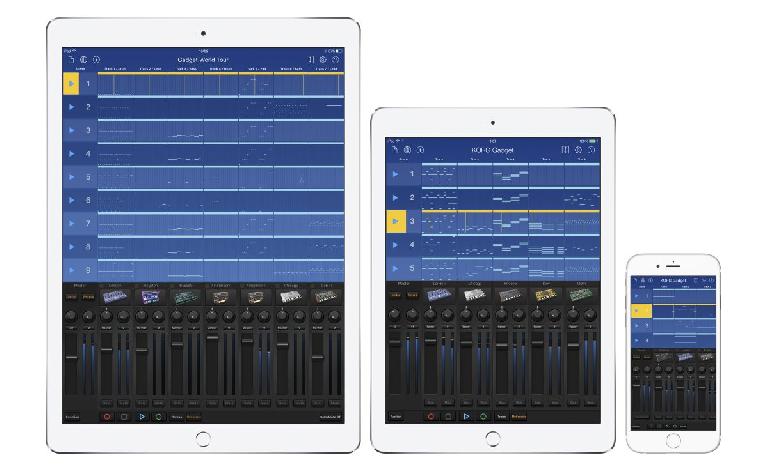 In version 3, new Gadgets brought audio support for recording and simple editing making this iOS software more of an all-in-one production environment. It can exchange project data with the Mac version via iCloud, and has powerful functions for export to Ableton Live. Amazingly, Korg managed to fit all its features not just into the iPad version but the iPhone version too, meaning you can make music wherever you are. A very cool beat making app indeed. 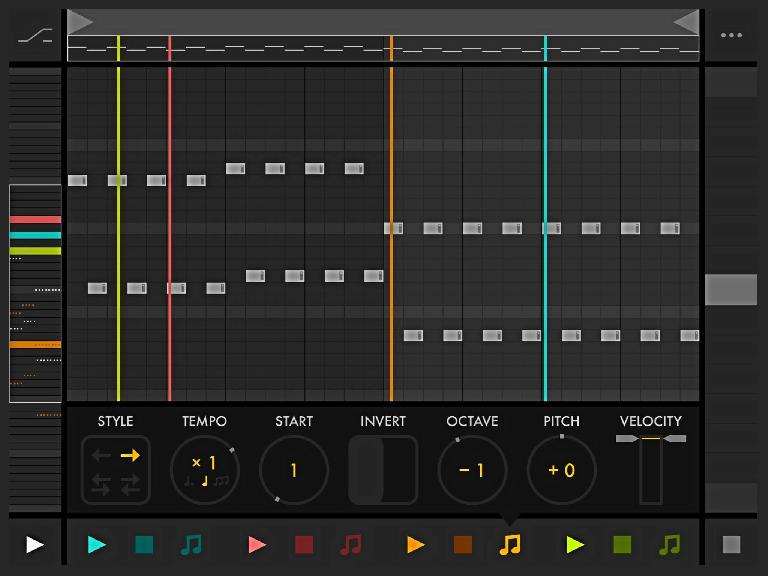 Fugue Machine is simple yet fiendishly clever - a re-imagining of the piano roll as a means of programming MIDI. It has four playheads, each of which can be set up with different configurations to play back over a MIDI pattern you create using different direction, speed and pitch settings. Any or all of the four playheads can be stopped and started independently and the length of the whole loop can be changed too. It’s referred to as “Bach in a box” because the effect is that of a “round” - a musical figure that gets played in different ways but each part over the top of the other. Truly, a unique approach to sequencing. 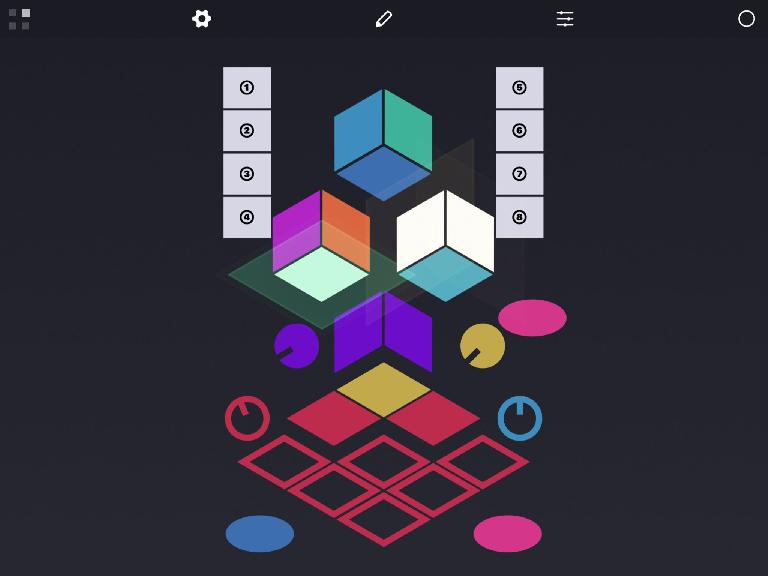 KRFT is a modular controller and sequencer app for iPad and iPhone that aims to “challenge the two decade old paradigm of the multitrack DAW”. And from a quick glance, that description definitely seems accurate. It works using a system of cells that can be extensively configured and linked together to create a unique musical environment for playing. It connects easily with your other apps, Ableton Live and other MIDI applications and it’s very affordable considering how powerful and innovative it is. 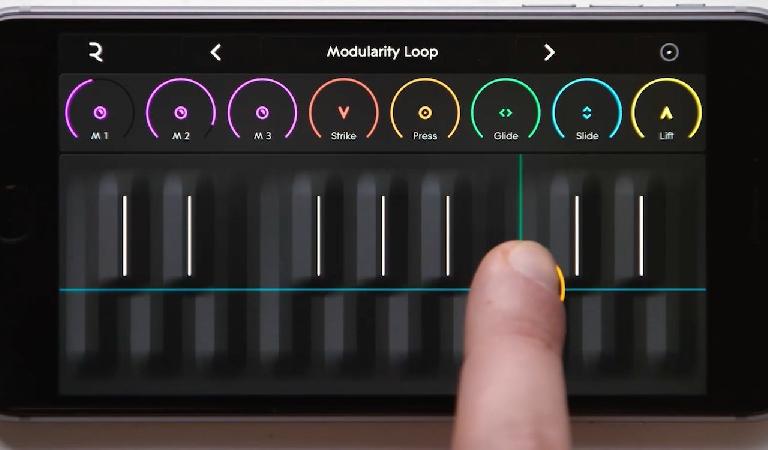 ROLI’s NOISE app is free and works as a standalone app but really shines when paired with one of the company’s hardware units, designed specifically to work with it. The Lightpad and other Blocks plus the Seabord Block keyboard are able to generate advanced MIDI that NOISE can read, for some of the most expressive playing results possible. With 5D Touch, 400 sounds, song mode and multilayered tracks, it’s easy enough for beginners to pick up and also has some more advanced features for more experienced users. it also happens to be compatible with the Google Pixel - a rare case of a heavyweight audio developer supporting Android.

Ampify is free to download, with a solid core feature set. There are three instruments: Drumbox, Retrobass and Poly-8 which is a synth. Each of these has a basic set of controls that change fundamental things like filter, pitch, waveshape or distortion. If you want to step up to a much more comprehensive set of controls for the instruments you can add an expansion pack for each of the three via in-app purchases priced at $4.99 for each one. The app is a sequencer and programming environment with tons of connectivity with other apps and systems, and a great tool for making loops, beats and patterns on your iPhone or iPad. The functionality of the free version is a great way to get started. 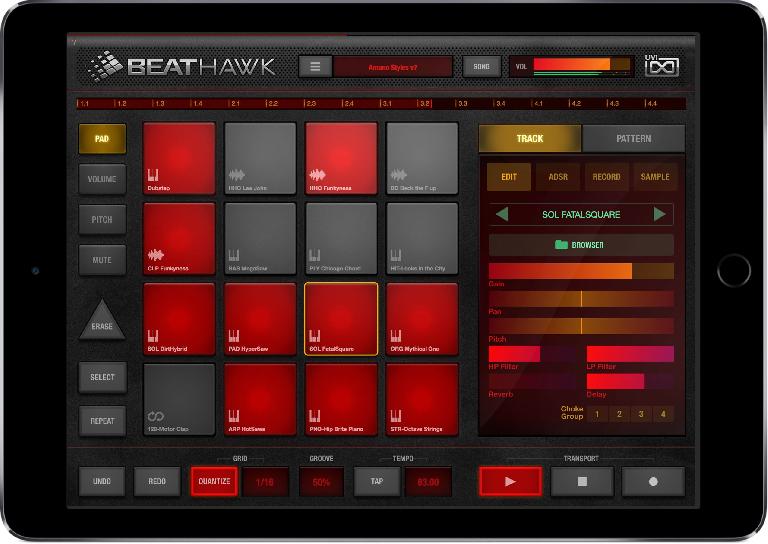 Beathawk 2 from UVI is a powerful production environment that features a 16 track sequencer, multiple input methods, time and pitch stretching of audio, a ton of supplied samples plus the ability to import your own or add expansion packs. You get a stack of UVI’s instruments, sounds and effects plus editing tools to tweak them, and the ability to record audio directly in. There’s advanced communication with external via via the cloud, Ableton Link and all manner of wireless protocols. A powerhouse of mobile music production.

IK has really upped its game when it comes to building iOS apps, and Syntronik may just be its most accomplished to date. Free to download with optional purchases to add more synths, it features a possible total of 17 instruments that are able to recreate the sound of 38 vintage synthesisers. With 4 parts to layer together and a comprehensive FX section consisting of 37 processors, it’s hugely configurable but also great fun to play with - intuitive and beautifully designed. The instruments work as Audio Units in other iOS DAWs and there’s a total of 1200 presets, four circuit modelled filters and DRIFT technology to simulate the real behaviour of analog circuits. 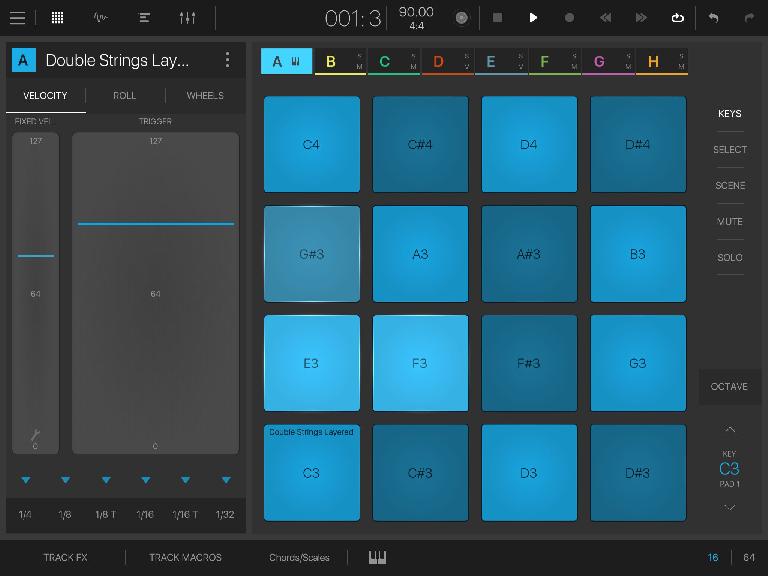 Running on iPad, Beatmaker 3 has a streamlined workflow that lets you perform and shape your ideas quickly and effectively, turning your instruments into full productions. Inspirational performance tools such as repeat, roll, swing, key scales & chords and macro controls help your creativity and each of its 128x128 pads is a unique instrument. With a classic sequencer, a full mixer and access to an online sound store you’re guaranteed not to run out of inspiration when making beats and sounds. 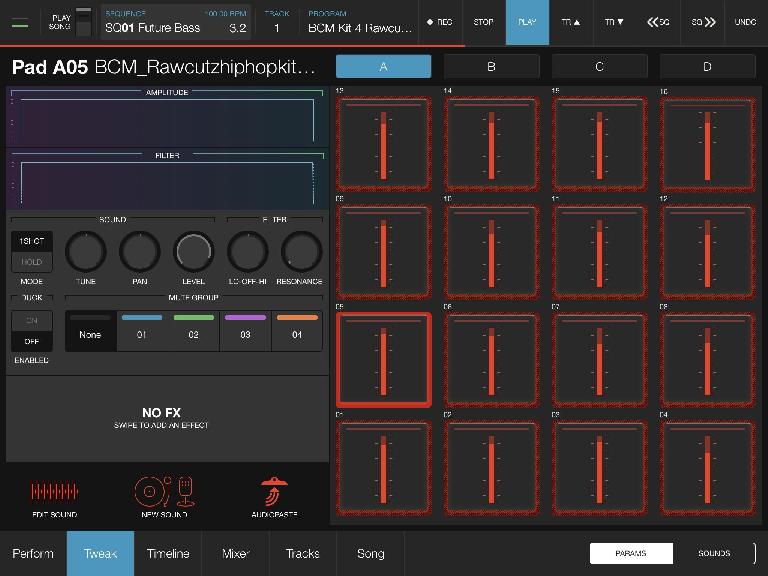 The second iteration of AKAI’s iPad app takes things up several levels, bringing it to near-parity with the desktop version of the MPC software. This insanely powerful app features audio tracks into which you can record directly, with advanced warping and editing tools, waveform editing, Audio Unit compatibility, a whole new sound set and the ability to sample from Spotify. There’s a 64-track mixer with 4 effects sends, MPC note repeat, expansion via sound packs, advanced MIDI support and a new song arrangement workflow. This really could be the only iPad sampling sequencer you ever need. EFX is a 4 channel multi-effects processor that’s easy and intuitive to play, but also offers complex options to shape your sound and route the audio effects stream. Connect EFX to an input source like the built in microphone, an external keyboard or guitar (iPad soundcard needed), your favorite iOS drum machine or an iOS synthesizer via Inter-App Audio or Audiobus. Or you can import your own audio files and play them through up to 4 effects at once. Once connected, use the touch-based controls to morph and mangle the signal, choosing from 32 effects to load into each of the four slots. We’d recommend trying it with Elastic Drums, by the same developer. Just when you think you’ve seen every bit of modeling, synthesis, or sampled goodness that developers can eke out of the current hardware, a new app comes along that raises the bar for everyone. Living Memory Software's Layr is a synth instrument that has a well of power that is so deep, we had a hard time believing we were using an iOS device to make sound.

Take a single layer, which houses what you’d think of as a single sound source. This layer can utilize a dual oscillator, complete with morphing abilities that can shift between two different states. Throw in a host of modulation options for your layer such as dual LFOs, dual loop-able ADSR envelopes, and a randomization generator. Each layer can be completely polyphonic!

LayR allows for up to 100 of these sounds combined together in a single performance. You can create incredibly rich polyphonic keyboard sounds, or astoundingly wide mono/lead sounds. At the master level, you have access to an EQ, Delay, and Reverb effect to tie it all together. Your final performance can be animated with an 8 channel arpeggiator or 16 step event sequencer.

Layr is fun, powerful, and sounds absolutely fantastic. If you own an iPad and you dabble with the mystic art of the synth, it’s a no brainer.

Learn more about making music with iOS with the pro video courses in the Ask.Audio Academy.
Related