All Articles Reason
Better Leads in Reason
G.W. Childs IV on Thu, March 8th 0 comments
Language
With so many instruments and effects to choose from, how do you go about improving your lead sounds in Reason? Simple. Read and follow along with this step-by-step article by G. W. Childs.

Having a virtual toolbox full of synthesizers, samplers and drum machines is not exclusive to Reason. But having a virtual toolbox of synthesizers, samplers and drum machines that are all designed to work together is kind of exclusive to Reason. And, because all the hardware is designed to work like all of the stuff I sold several years ago, I often call on it... especially in hours of need.

One task I use Reason for regularly is recreating the leads I'm hearing in either another song, or in my head (the latter being the case, more often than not).

And, when I've played my tracks for people, or I've had listeners approach me about how I achieved a certain sound, they've often been surprised to find out '˜that one sound' was Reason.

In this article, I'd like to point some easy possibilities for creating some killer leads on your own... in Reason 6!

It would be compelling for me to start off talking about one particular synth that I love. But, I would be harshly overlooking the item that I use the most, that being the Combinator. Big leads often result from stacking several oscillators. Big and interesting leads are often created by stacking several different sources, just like drums. The Combinator not only combines multiple synthesizers, but it also lets you map the 4 knobs in buttons in highly customizable ways.

Try this: If you find a really amazing synth lead that you think is close, but possibly not as robust as you'd like, create a second synth (Subtractor, Thor, or even a Sampler). 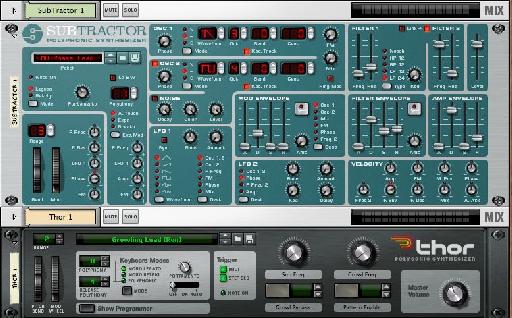 Once you have that second synth (or sampler), create a Line Mixer 6:2 and route both synths in to the Line mixer. 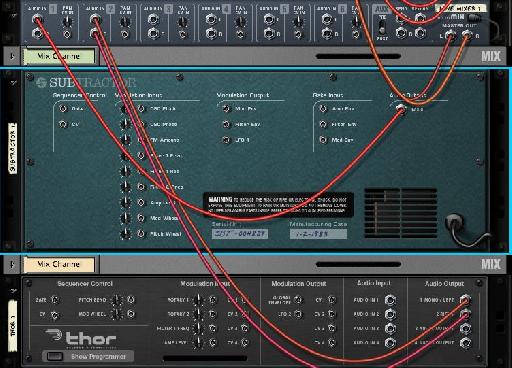 Now, multi-select both instruments and the mixer. Simply hold the Command key down, and click each device. Then, right-click and select '˜Combine'. If Combine does not appear, make sure you deselect any Mix Channel devices. Those can't be combined! 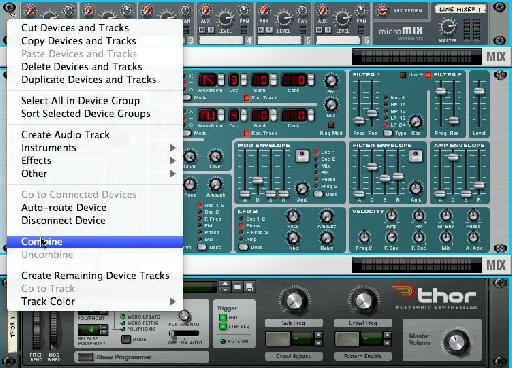 Now, enjoy tweaking both synths, while being able to play them at the same time. You can even just see what you come up with by combining several presets at the same time till you get a lead you really like.

The NN-19 library in the Reason Factory Sound Bank has a folder called Raw Synth Elements. This folder contains fully mapped patches of the raw oscillators from several different classic synthesizers. This includes oscillators from the Mini-Moog, Arp Odyssey, Prophet V, and more. Like the originals, these are some really thick samples. Also, because they are already mapped out for you, the NN-19 will behave very similarly to one of the easier synthesizers, like the Subtractor.

Try this: Combine a Subtractor Mono Lead (meaning monophonic, no polyphony) with an NN-19 loaded up with a classic oscillator. Don't forget your Mixer 14:2, or Line Mixer in the Combinator!

Next, try adjusting the tuning and the octave settings of each oscillator on your virtual synth.

Remember, because you are now operating with the Raw Synth Folder of patches, you can easily navigate between all the Oscillators available for the NN-19.

For extra spice, try adding a Scream distortion unit to the main output of your Line Mixer. This will run both devices through the distortion and create a completely new, angry texture of both evil devices.

There are more tricks under the sun for great leads. But, these are a few quick and easy ones I've used that have never failed to provide something new and interesting. Give it a shot on you own!