All Articles News
Bitwig Studio 2.4 Released With Big Updates To Sampler, New Parseq-8, Note Counter And Much More
Hollin Jones on Thu, September 13th 0 comments
This update, free for existing users, sees big changes to Bitwig's sampler, a new parameter modulation sequencer and much more besides. Here's all the details. 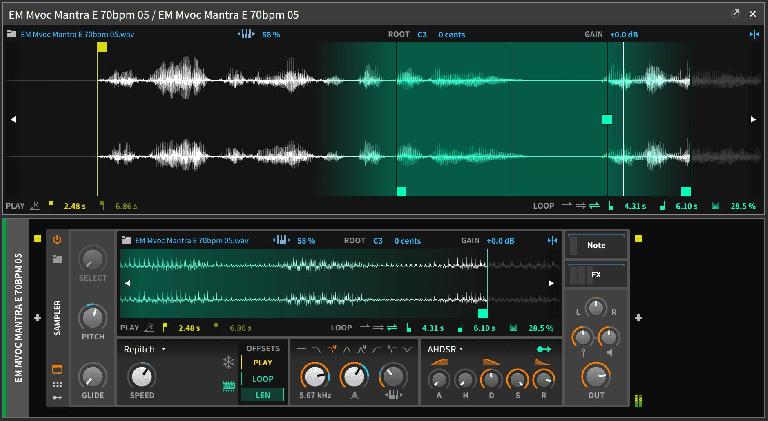 With Bitwig Studio 2.4, our Sampler is reborn. It now comes equipped with granular and wavetable techniques, which open up infinite sound design possibilities for the stage or the studio. Along with visual crossfading and a revamped multi-sample editor, Sampler has gone from trusted sideman to solo act. 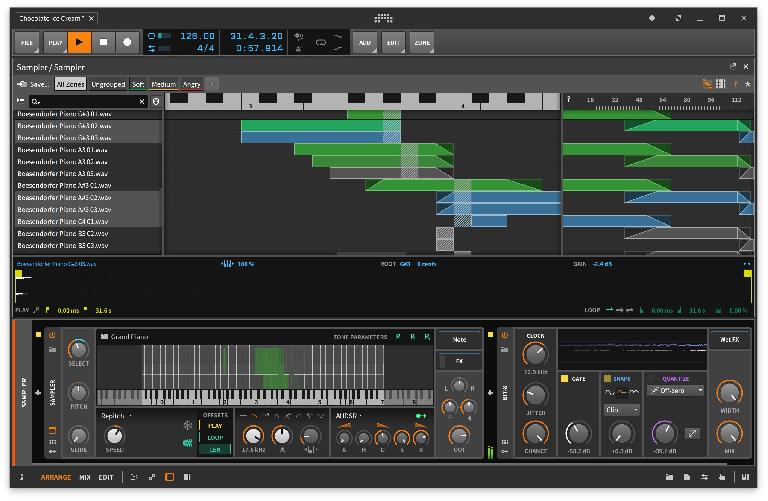 MIDI coming into Bitwig Studio now preserves its channel data by default. Layered editing can now work by channel with intuitive view/edit modes and various options for how notes are colored. Channel data can be useful to hardware MIDI devices, VST plug-ins, or internal Bitwig Studio devices, like Instrument Layer. And the new Channel Filter and Channel Map devices can make channels dynamic within a chain.

ParSeq-8 is a unique parameter modulation sequencer, where each step is its own modulation source. It can use the project's clock, advance on note input, or just run freely in either direction. As it advances, each step's targets are modulated and then reset. It’s a great way to make projects more dynamic, whether in the studio or on the stage. (Along the way, our Steps modulator got some improvements such as ping-pong looping so check it out too.) 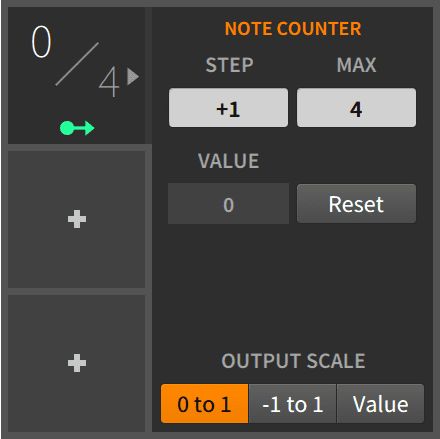 Other Device Enhancements
Sampler, Channel Filter, and Channel Map aren't the only devices to receive attention. Our audio degrader, Bit-8, has gained new quantization methods and parameters, providing dirtier or even cleaner modes of destruction. Joining our other layer devices is Note FX Layer, good for creating parallel note effects. And with hovered parameters and their values now displayed in the window footer (beside all available click actions), devices have been reworked in ways big and small.

Resize and color
Change track widths in the Mix view or change scene width in the Arrange view, and enjoy larger clip views and waveforms. You are in control of what and how much you see. In Bitwig Studio 2.4, you can also give scenes their own color to help you manage complex projects.

Bitwig Studio 2.4 is available as a free update for all Bitwig Studio 2 license holders with a valid upgrade plan. A free demo version is ready to for everyone to try on www.bitwig.com