All Articles Audio Software
Convolution Vs Algorithmic Reverbs: The Lowdown
Mo Volans on Fri, March 11th 0 comments
Language
It's highly likely that everyone reading this uses reverb in their mixes and it's also almost certain that you all have a studio quality reverb processor bundled with your favorite DAW software. Altho

It's highly likely that everyone reading this uses reverb in their mixes and it's also almost certain that you all have a studio quality reverb processor bundled with your favorite DAW software.

Although most people now own reverbs that equal most pro hardware units, there may still be some confusion over the difference between the way reverb is processed. Let's take a look at that now...

What is Algorithmic Reverb?

So... Let's break this down, there are two main ways of creating reverb in the digital realm: Convolution based processing and algorithmic processing. Both of these are extremely clever ways of getting your computer to convince your ears that your audio is playing back in a specific room or space.

First up let's take a quick look at what algorithmic reverb is. This is possibly the most common form of reverb you are likely to find in plug-in form and the easiest for software companies to distribute. This is because this sort of plug-in doesn't have to include any sample based material and the installers can therefore be very compact. 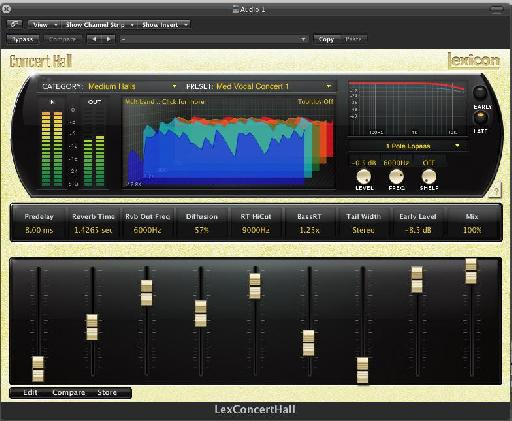 An algorithmic reverb uses pure number crunching, DSP horsepower and you guessed it... algorithms to produce it's sound. This means these reverbs are purely synthetic in nature but don't let this fool you, the sounds they produce can be extremely realistic.

An Algorithmic Reverb in Action

Plenty of DAWs feature really excellent algorithm reverb plug-ins and perhaps the best example of one of these is Reason's 'RV7000 advanced reverb'. This unit mimics the legendary Lexicon hardware reverb units.

The RV7000 is capable of reproducing a wide range of reverbs from short ambient patches to springs, plates and huge halls. It's all in here and to be honest it sounds great. Hardware that sounds this good would cost significantly more than the entire Reason package.

To give you an idea of what the RV7000 and algorithmic reverbs in general are capable of I've included a few clips of wet and dry audio below.

What is Convolution Reverb?

Convolution reverbs don't rely so much on DSP power to produce their sounds, they actually use recordings of specific spaces to create their effects. This is achieved by recording a test signal, usually a click (or a gun shot) in the desired space. The resulting recording is called an impulse response. This 'I.R.' file is then used to apply the characteristics of that space to any sound in your mix. This essentially means that any space that exists can be turned into a 100% realistic reverb effect that can be used in the mix.

The advantage of convolution reverb is of course it's realism but in most cases it also uses less DSP than it's algorithmic counterparts. On the flip side the libraries needed to drive these effects are often huge, this means using more disk space as well as longer loading times.

I would suggest trying both flavors before you decide which one is for you. If you're anything like me you'll enjoy using both of these processor types 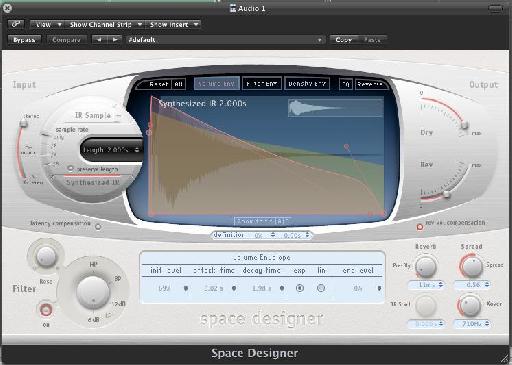 A Convolution Reverb doing it's thing

Not too many years ago convolution reverbs were pretty rare but they are now becoming second place and you can find them everywhere. They are even bundled with DAWs as standard. Logic Pro, Cubase and Pro Tools have all got in on the act in recent years and some amazing convolution reverbs are now available in most apps. 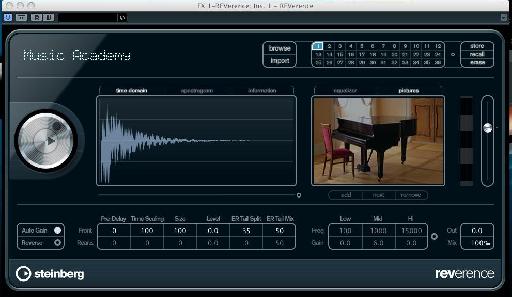 Here's a few clips of dry and wet audio being treated by the Reverence plug-in in Cubase 6...

The same loop treated by Reverence:

Which type of reverb do you prefer using and why? Let us know in the comments below!