All Articles Logic Pro
Creating Great Sounding Handclaps
Jay Asher on Wed, September 14th 0 comments
Language
Handclaps can be heard in all genres and styles of music. In this quick tutorial, Jay Asher explores how to easily and quickly create handclaps that sound great.

From Cab Calloway to Doo Wop to The Beatles to today’s big hits, handclaps have always been a tool to create excitement and move a track along. I will show you some techniques I like to use to create some really great sounding ones from ones that sound small and unspectacular. I will be doing this in Logic Pro X, but it can be done in any DAW.

In Audio Example 1, you can hear some mono handclaps I recorded. Because it was not several people doing this, they are kind of thin and not very powerful:

Time to change that for the better!

First, I will copy the audio file to make a duplicate of it and add it to my project. I now have two audio tracks with the two claps audio files.
I then rename the two audio files Claps Left and Claps Right and pan them -30 and + 30 respectively. (You can be more or less extreme with the panning if you like, though.)

In Pic 1, you can see the progress. And if you do this, you will already hear that the claps sound louder and wider. 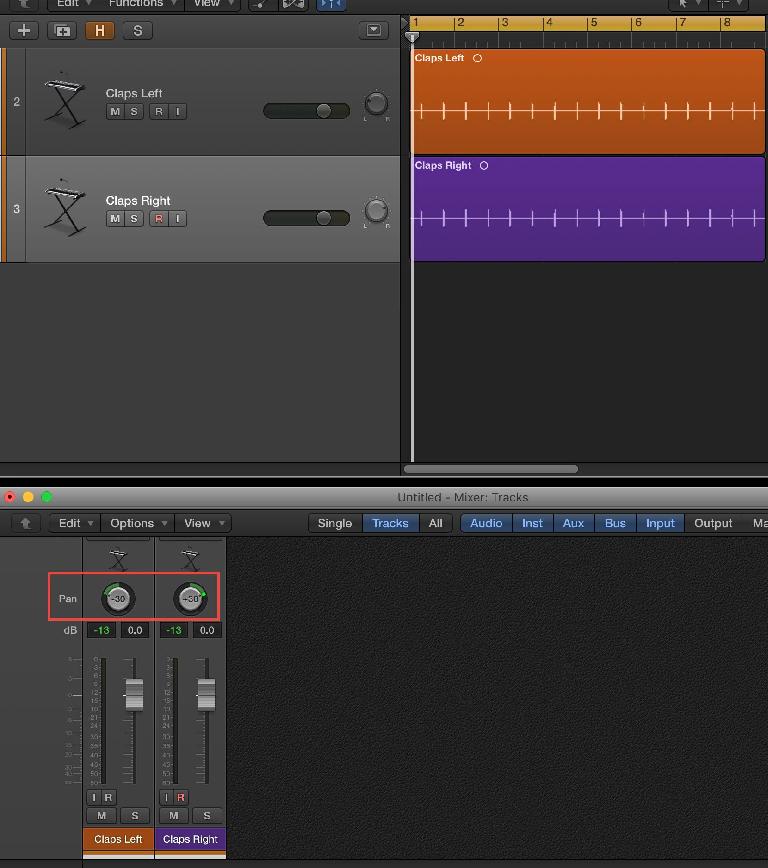 I use Logic’s Delay parameter in the Region Inspector to set the left claps to +1/192 and the right claps to +1/64. Big difference already, as you can hear in Audio Example 2:

Time to add some processing with parallel compression aka New York compression. 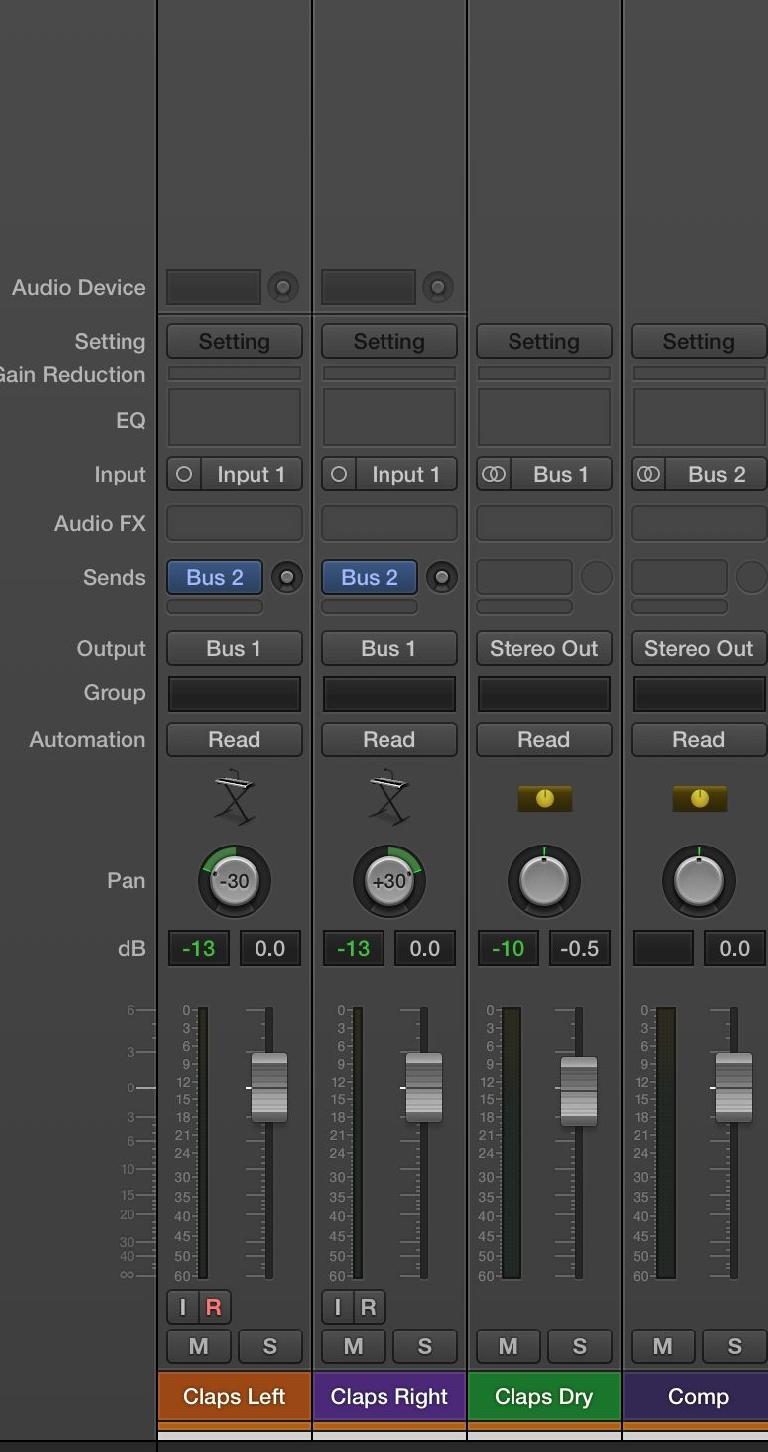 On the Comp aux I open a compressor. (I like the McDSP Retro Comp for this but any decent one will do.) In Pic 3. you can see the settings I am choosing. 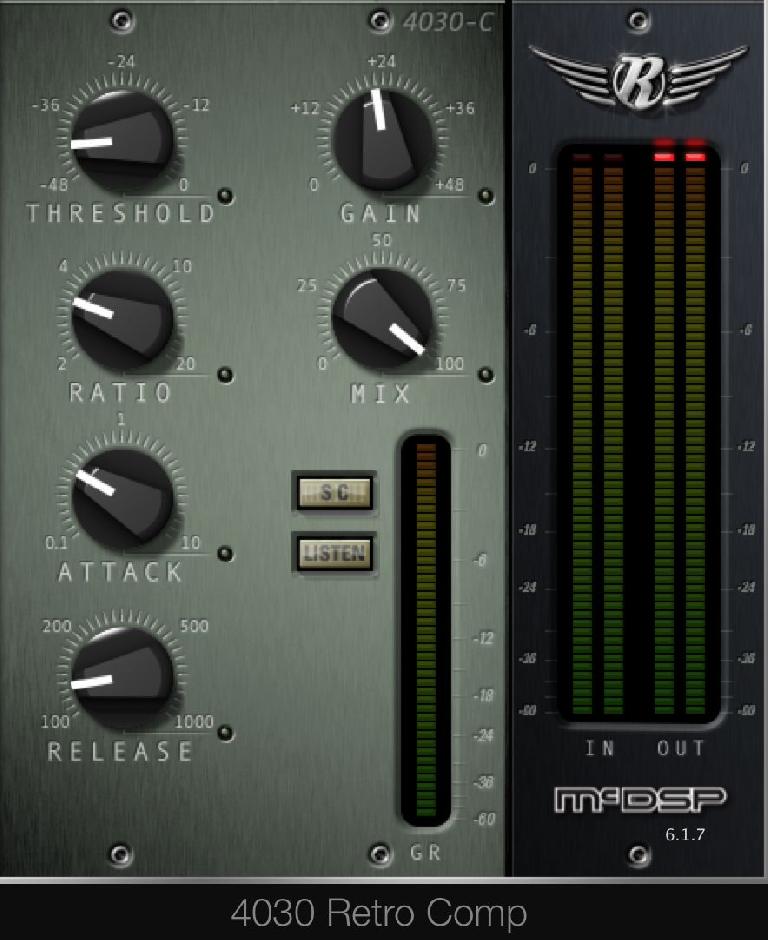 NOTE: And yes, you can just use the mix knob in the compressor for speed, but I think parallel compression sounds more ballsy plus it gives me the option to add EQ or other processing to either the dry or the processed sound.
And now, there is more I want to do. â˜º

I open another send on the two audio tracks, which creates a third aux with the new bus as its input, and I add a chorus and some delay and reverb to send to. (I used a UAD Roland CE-1 chorus and a PSP 2445 for delay and reverb. Again, any similar plug-ins will produce similar results.)

I can then revisit the delay settings on each track and tweak to my heart’s content. In Audio Example 4, you hear my finished claps:

Lots of fun and I am digging the sound!