All Articles Logic Pro
Creating Multiple Mixer Views in Logic Pro X in 7 Simple Steps
Jay Asher on Mon, May 4th 0 comments
Language
Logic Pro X is one flexible DAW. Jay Asher is here to help you make the most of the Logic's mixer by creating different mixer views and saving them to screen sets. Plus, it's easy once you know!

The great thing about the Logic Pro X Mixer is that it has three available views: Single, Tracks, and All. Each view gives you the ability to filter in/out channel strips by category, e.g., audio, software instruments, auxes, busses, inputs, outputs, master, and MIDI. The less great thing about the Logic Pro X Mixer, in my opinion and a number of users I have heard from, is that because it is linked to whichever track(s) you select in the Track List in the Main Window, it chases those selections. And because of this, sometimes one view is simply not enough to work as efficiently as one might like. That is where using standalone Mixers with different views in a locked screenset can be a very desirable workflow.

In Pic 1, you can see that I have created a somewhat smallish Logic project that nonetheless has varying kinds of channel strips that I might like to have separate views of to mix. (Screen real estate is your friend BTW. Try this on a laptop at your own peril â˜º ) 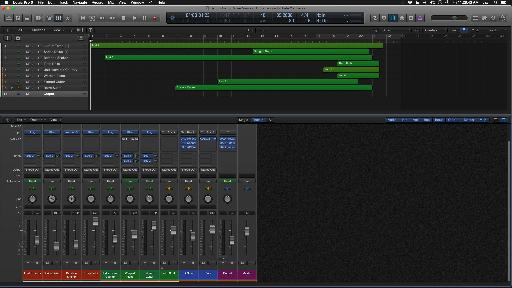 Step 1: Go to a new screenset by pressing 2 and open a new Main Window and resize it to be as small as is possible.

Step 2: If there are now two Main Windows, close one and resize the remaining Main Window to be as small as is possible.

Step 3: Open a standalone Mixer window either by pressing Command-2 or by navigating to it under the Windows menu.

Step 4: If it is not set to Tracks view by default, do so now.

Step 5: Filter out everything but software instruments in Tracks view by turning off every tab except 'Inst' and then resize it to be as small as is possible.

Step 6: Repeat the process but this time, filter out everything in Tracks view except Auxes and Busses.

Step 7: Repeat the process but this time, set the Mixer to Single view.

In Pic 2, in just seven steps I now have created a very usable Mixer tandem that I find far more pleasant to use than just the one Mixer. You can of course create any combination of these Mixers in different locked screensets and the good news is that they are importable from one project to another, although you probably will want to save them in your templates. Still, with a little practice, you can get to the point where you can create these really quickly. Probably in less time than it would take to import them. 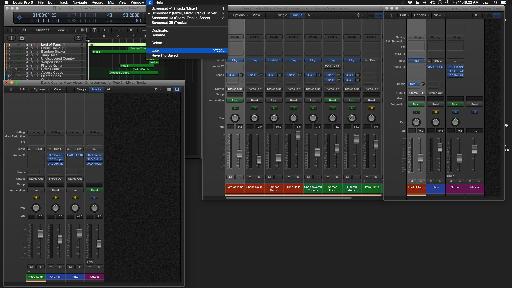 Where it really gets great is if like me, you have more than one monitor. More screen real estate opens a wealth of possibilities.

In Pic 3. You can see a screenset I have created that utilizes two monitors.

Efficient workflow in any DAW is a key factor in creating your music, especially Logic Pro X and I hope you find this technique useful.