I've always found Massive to be a great synth to go to for quick and easy FX sounds. Its complex architecture and simple user interface is very conducive for making your own sounds quickly with minimal fuss. This is often far quicker than trawling through banks of presets in the hope of finding a sound that resembles the one in your head.

Here I'll show you how to make a quick transition effect that turns out to be pretty versatile. Takes about two minutes!

Pretty easy stuff here people! The default oscillator will do just fine for this. All I'll do is move the Wavetable position to 12 o'clock. 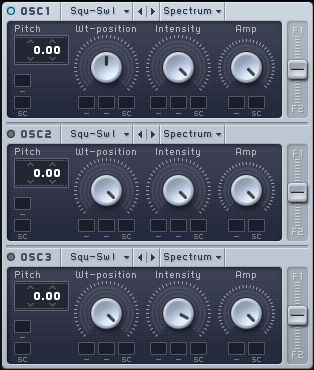 I'll also add in some Noise to the equation. White Noise will do fine, just turn the Amp up full. You can send this all the way to Filter 1.

Next I'll add a Bandpass Filter. You can set the filter section to Series. Cutoff is set quite low (we'll come back to this). Set the Bandwidth to about 2 o'clock and the Resonance to about 10 o'clock. 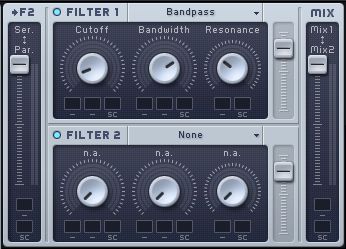 Now we'll set up some Modulation sources for the filter.

Select Envelope 4 and set a very slow attack. Turn the Decay level to 0 and set a fast release time. By default Envelope 4 is connected to the Amp so you hear something like this. 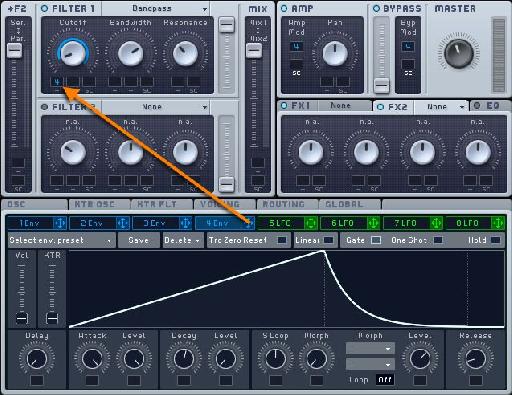 We'll use this envelope to modulate some other sources too.

Now set up an LFO. The default Sine wave is fine. Set the rate quite low and add Envelope 4 to the rate. This will cause the LFO to speed up over time.

Drag the crosshair from the LFO into the second Mod slot of the filter Cutoff and apply some by dragging up. 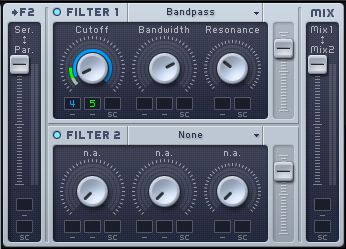 This part is what gives the patch a certain amount of versatility. In Insert 1 I'll add a Frequency Shifter. This produces a ring modulation type effect.

If I set this low and modulate it with Envelope 4 I should get some nice movement into the sound. The effect will be different depending which pitch you play. I've also introduced some feedback into the equation for a more radical sound.

I'll now just add a bit of modulation to the panning with the Envelope and LFO.

All I need to do now is add some Stereo Delay...

Lastly a bit of Hard Clipping on Insert 2 to add a bit of dirt and compression.

Like I said earlier you'll get a slightly different result depending on the pitch of the note because of the Frequency Shifter. Here's an example of three different pitches from low to high.

You can hear the range of effects is pretty varied so this kind of patch can be used in all kinds of instances.