All Articles Cubase
Cubase 10 Core Skills: What Is MIDI Merge?
Hollin Jones on Thu, January 30th 0 comments
Cubase has a wealth of creative record modes for capturing MIDI. Matt Hepworth shows you how to build up your tracks using MIDI Merge.

Cubase is one of the most powerful DAWs around when it comes to recording and working with MIDI. But it is capable of much more than just recording. The MIDI menu and tools feature a wealth of creative options for manipulating data, and one of the lesser understood is MIDI Merge. But what is it, and how can it help you? Matt Hepworth explains all in this short video.

Heading into the MIDI record preferences, Matt switches mode from New to Merge, which means that when he records MIDI in a loop, Cubase will combine the new notes into the same part as the old ones instead of creating a whole new part. He shows how this is particularly useful for building up drum parts, where you typically need to play more notes than is possible in one take. Of course it may be that after creating a merged part you want to split off certain note lanes for greater flexibility, and Matt shows you how to do this as well! Be sure to check out the rest of the videos in this course for many more tips and techniques on working with MIDI in Cubase. 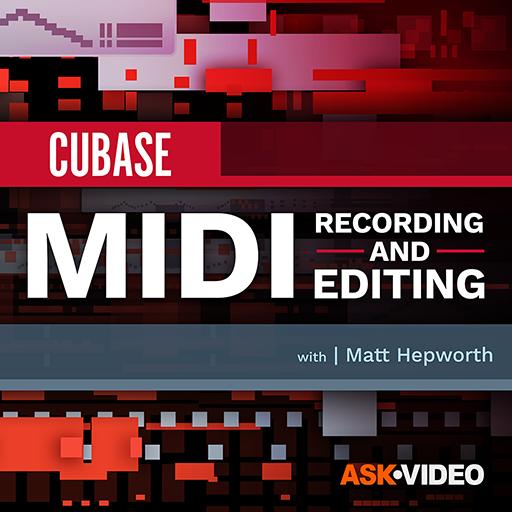 Dream It. Do It.
Do you want to learn MIDI Recording and Editing ?
Yes, I want to learn!
No Thanks, I just want to read the article.
Feedback
How are we doing?
We'd love your thoughts, feedback and questions regarding our new site. All feedback is appreciated!
We do not respond to this form! If you need support, please visit our support page.
Thank you for your input!
Your message has been successfully sent
Course Advisor
Don't Know Where To Start?
Ask A Course Advisor