All Articles News
Eventide Audio Releases Rotary Mod, Classic Leslie Speaker For iPad
Hollin Jones on Sun, October 13th 0 comments
Get the classic Leslie sound on your iOS device as a standalone of plug-in application for just $7.99. Here's the details.

LITTLE FERRY, NJ, USA: Eventide is proud to release Rotary Mod for iOS, introducing the legendary sound effect produced from an authentic emulation based on the liquid and lush Leslie cabinet — used on thousands of recordings, most notably by The Beatles, Beach Boys, Cream, and Pink Floyd, and many more — to iPhone- and iPad-based mobile music-makers as an AUv3 plug-in and Standalone app.

Just like the original sound derived from the uber-famous Hammond organ’s Leslie speaker cabinet, musicians and sound designers alike are able to achieve the coveted rotating tremolo cabinet effect heard on numerous recordings with Eventide’s Rotary Mod for iOS. This iconic emulation brings that classic ’60s whirling modulation bliss into the 21st century and the palm of your hand. 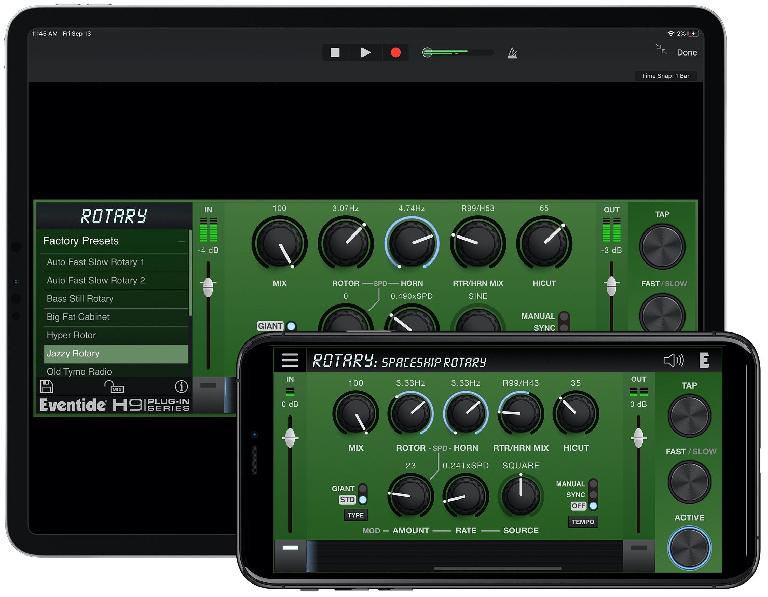 Eventide’s Rotary Mod is now available for download as an Audio Units AUv3 plug-in, Inter-App Audio, and Standalone app for iPhone and iPad from the App Store for $7.99 USD here: https://etide.io/rotarymod