All Articles Reason
Evil Leads Creation in Propellerhead Reason 6
G.W. Childs IV on Thu, May 3rd 1 comments
Language
If you're feeling like a goody-two shoes today then skip this article. Seriously, don't click to read more… unless, that is, you're ready for GW Childs to seduce you with evil leads in Reason 6.

Reason has a little something for everything. From drum machines to get the floor moving, to a loop player that will add that special ‘something else’ to your project. It’s a giant, virtual, treasure trove of gear that will allow you to accomplish any musical feat you’ve made up your mind to perform.

Leads synths are an extremely popular part of modern music, and are instrumental in providing those hooks that keep people remembering your music. But, some lead synth patches are better than others, and if it’s not cutting through and tickling the ears of your listener... It’s just another synth patch taking up space in your mix.

A very popular style of lead would be the dirtier, thicker, and growlier sort. In many cases, these types of leads are taking the place of, or are gliding over guitar, the ancient king of dirtier and growlier.

Reason provides you with several different tools for making leads like the one I list. And, in this article, I’m going to point out some tools that can definitely make your leads much more growly, dirty and... evil.

Reason has several synthesizers and sample playback devices within its closet of stuff. Some devices are better than others, though.

My all time favorite synthesizer for leads would still be the Subtractor, as it’s just simple to set up and program. Even without any other effect on it, sometimes the Subtractor can be enough. Also, it really cuts through in a mix!

Let’s talk about some nice, evil settings... Shall we?

One of my favorite settings with a initialized Subtractor would be to:

Setting LFO 2 with a Rate of 1 O’Clock will give you give a relatively fast amount of phase modulation within your two oscillators.

This will add a good amount of fatness, as long as you set LFO 2 with an Amount of 10 O’Clock. This keeps the phase modulation from being too overt. Which is good, because that fast rate, when added in too thick will give you more of an organ sound... Which isn’t my thing. But, feel free to experiment.

This even sounds better when you take Oscillator Two down one octave. When you do this, you easily create a much bigger lead, because you have two different oscillators covering two different frequency ranges. This leads to a feeling of fatness.

But it gets even better when you detune Oscillator Two minus 9 cents. Detuning subtlety, in the case of this patch, adds more ‘fat’ and gives a bigger impression of depth. I would strongly encourage experimenting between detuned oscillators, you’d be surprised what you can achieve. Try modulating pitch with an LFO too! Steel drums, anyone?

Set the Polyphony to 1, and the Portamento to 12 O’Clock to make your lead sound more polished and ‘tricky’. The low polyphony will keep any note overlap from occurring. This will help you solo your ass off. The moderate portamento will also make some nice sweeps with any note overlaps that occur. This will give your lead a very nice, modern sound.

Finally, we're going to make this patch really sing. Add in some nice distortion from the old, but amazing Scream unit. Set it on the actual ‘Scream’ setting, while adjusting the P2 knob. There’s more evil there than you could ever want! 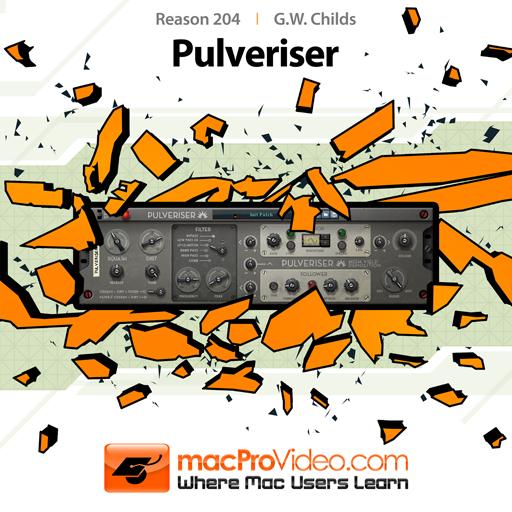 Dream It. Do It.
Do you want to learn Pulverizer?
Yes, I want to learn!
No Thanks, I just want to read the article.
Feedback
How are we doing?
We'd love your thoughts, feedback and questions regarding our new site. All feedback is appreciated!
We do not respond to this form! If you need support, please visit our support page.
Thank you for your input!
Your message has been successfully sent
Course Advisor
Don't Know Where To Start?
Ask A Course Advisor