Distortion is one of the most widely used tools in the modern DAW toolbox for supplying tracks and mixes with everything from subtle gloss to tasty grunge to over-the-top grind. There are tons of great third-party plug-ins that provide this useful processing, but most DAWs also come with their own set of plugs for adding the desired grit, and Pro Tools is no exception.

There are several built-in distortion plug-ins found under the 'Harmonic' category in Pro Tools' insert menus. The ones I'll look at are: Eleven Free; SansAmp PSA-1;  AIR Distortion; two digital distortion offerings'"LoFi and AIR LoFi; Recti-Fi; and the AIR Enhancer. Why 'Harmonic'? Well, analog distortion is primarily harmonic distortion, which brings us to the first plug-in. 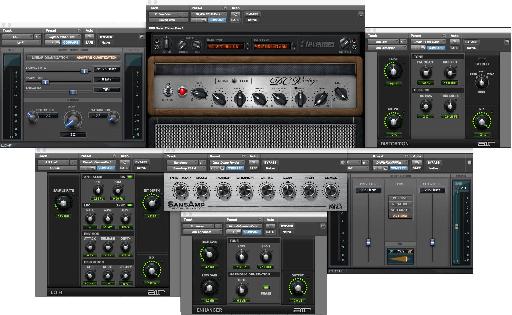 I won't finish the classic Spinal tap joke, because Avid has done it for us, naming their high-end guitar amp modeler 'Eleven'. While Eleven is not a free include, Eleven Free is, with the same layout, but only two generic amps on tap (Vintage Crunch and Modern Overdrive), rather than the dozens of specific classic models included in its big brother. Eleven Free supplies everything you need to take a clean, DI'd electric guitar track and make it sound like it was recorded through a real amp, with simulations of both preamp & poweramp tubes, the 'tone stack' (an amp's EQ controls), mix & match speaker cabinets, and virtual mics. 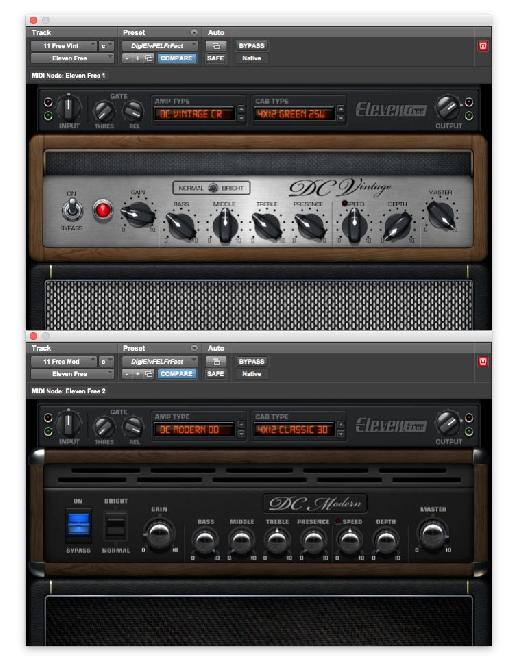 Pro Tools' SansAmp PSA-1 is a digital model of an analog amp modeler. The original rack-mount unit (still available from Tech 21) uses FET transistors to simulate the tube distortion of classic amp circuits, and this plug-in does an excellent job of modeling the original's wide range of distortion tones. SansAmp is not only for guitar, it sounds great, in much smaller doses, it can warm up bass, keys, and, other tracks.

The AIR Distortion plug, instead of shooting for tube crunch, like the previous two, aims for the sound of transistor distortion, as with many classic pedals. The various controls let you shape the character of the distortion, from more of an overdrive (IC clipping'"think 'Tube Screamer') to the classic fuzz sound (bipolar/germanium transistors'"think 'Fuzz Face'). This one can sound great on its own, or as the front end for a (clean) tube amp simulation. And, again, don't just think guitar'"it can add some nice crunch to all sorts of tracks. 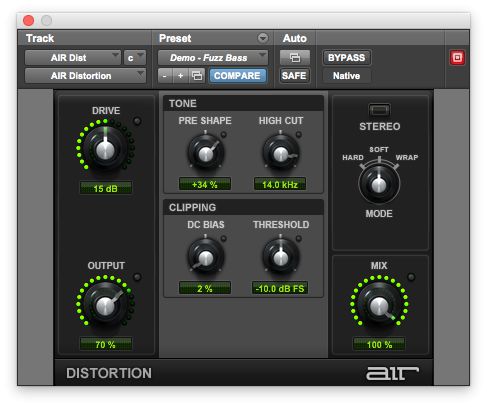 Pro Tools has not one, but two Lo-Fi plugins, one from the original collection and one from the specialty AIR division. Lo-Fi plug-ins (known as Bit-Crushers in other DAWs) create altogether nasty digital distortion primarily by reducing bit resolution, which can go from a light fizz to a complete spitty breakup, and reducing Sample Rate, which produces digital Aliasing, adding sidebands that can impart a metallic edge (this can take a sound into real synth territory). Each of the two plug-ins on tap here adds its own wrinkles, with the AIR version including additional goodies like LFO and Envelope Mod. 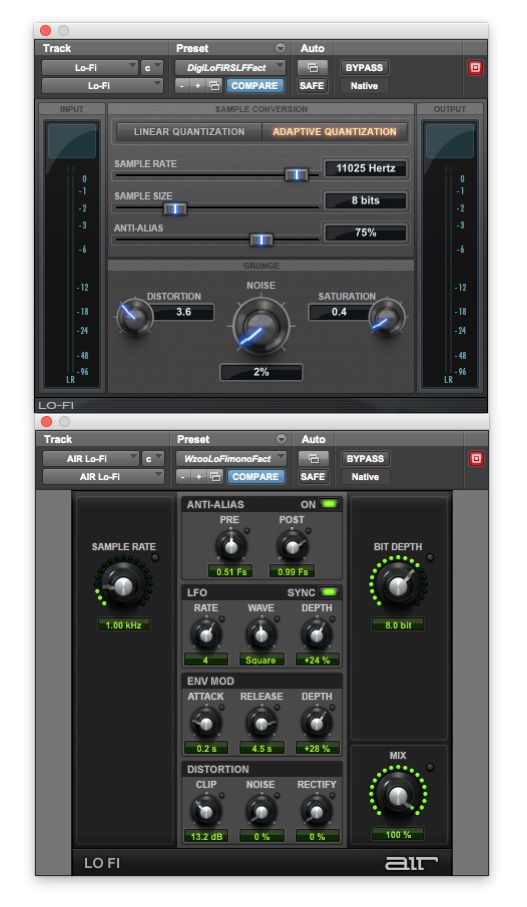 Recti-Fi distorts the wave by rectification, which flips the polarity of one half of the wave, making all-positive or all-negative cycles. Using the Alt-Max option, and combining the rectified signal with the original, can get an effect like those classic octave doubler stompboxes. 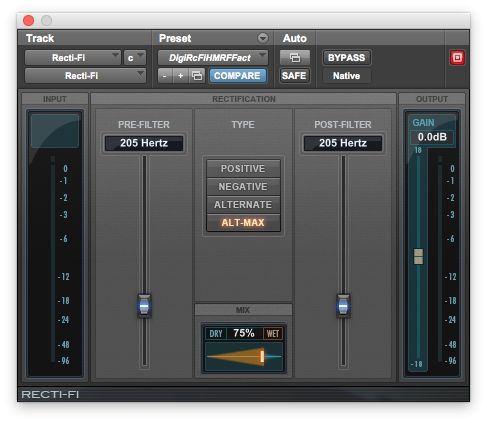 Finally, the AIR Enhancer is not really a distortion plug-in, per se, it's an exciter (they used to be called 'aural exciters'). Exciters are designed to add a little subtle brightness or presence to a signal, but they do this by generating barely perceptible amounts of harmonic distortion, hence their inclusion here. If pushed too hard, Enhancer, like any exciter, will reveal the harmonic distortion behind the effect, but used in judicious amounts, it can add a nice crispness to signals, as an alternative to EQ. 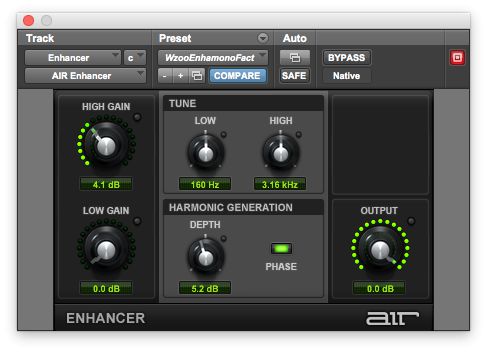 So that's Pro Tools' collection of distortion tools. All in all, they offer just about any kind of edge, crunch, grind, fizz, or sheen you could want, and while third-party plugs are always a welcome addition to the stable of effects, these can certainly get the job done, when clean just isn't cutting it. 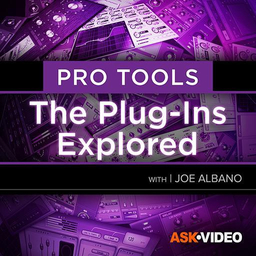