Have you ever listened to a great DJ play, and been in awe about how all of his (or her) records seemed to fit perfectly together? Do you wish your transitions sounded better in your mixes?

To create a better set and seamless blends, you'll need to improve your knowledge about what keys your songs are in, and the keys that are compatible. Once you learn this, you'll be able to use this information to your advantage, and mix your records harmonically. Harmonic mixing is the secret behind many of the top DJ's sets, and is a surprisingly easy technique to learn.

Each song in your collection has its own key signature. Once you know the keys of your songs, you can use a chart called the Camelot System to discover which songs will mix well together. The Camelot System is based around a music theory concept called the circle of fifths. While it's ideal if you know music theory, the good news is you don't need any previous knowledge to use the Camelot System. You can either choose to follow either the numeric system, or the key system on the chart. 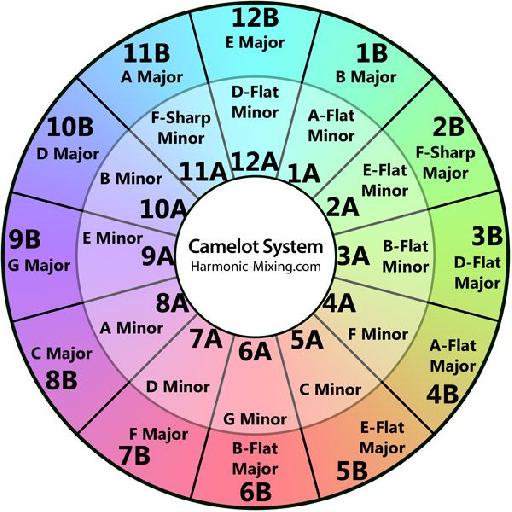 If you have a track whose key is '8A', to find the compatible keys for the track, simply move one step to the right, or left on the chart. A track in 8A will mix with a track in 7A, or 9A. You can also mix two tracks that share the same number, but have different letters names. (eg. 8A will mix with 8B)

The easiest way to find out the keys of your tracks is to analyze them in a software program called Mixed in Key. You simply drag your songs into Mixed in Key, and the software will analyze them. 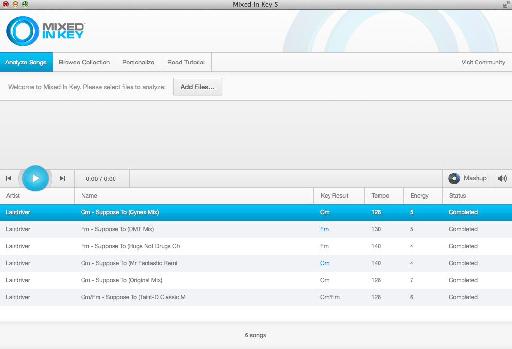 There's a couple preferences that you'll want to personalize in the program. You can access these by opening the 'Preferences' menu, then selecting the 'Personalize' option. First you'll want to choose your key notation; use either the Camelot code (the numeric system) or flats or sharps.

Next choose 'Update Tags' on the left-hand side to select how Mixed in Key will display the key tag. My personal favorite settings for 'What To Write' are 'Write Only the Key' and for 'Where to Write It', I always select 'In Front of the Song Name'. I do this so that when my tracks are in iTunes or Traktor, I can easily scroll through the playlist, and immediately see the song's key. 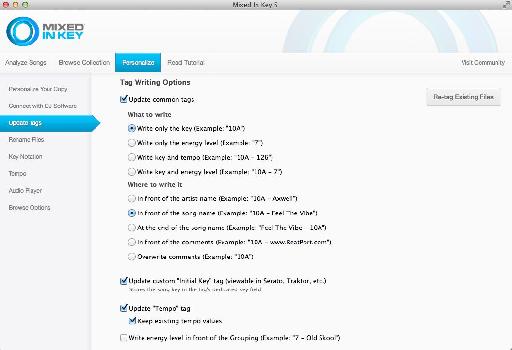 It's also a good idea to select 'Update custom Initial Key tag', which will place the song key in the tag's dedicated key field, and the 'Update Tempo Tag'. Once you've customized your preferences, Mixed in Key will analyze your songs, then it's up to you to start mixing!

I also like to navigate to the 'Rename Files' section, and select 'Automatically rename files after processing'. The naming preference you select here is a personal choice; I prefer to select 'Key-Original Filename' as this makes it easy for me to see the keys of each track quickly when they're organized into playlists. 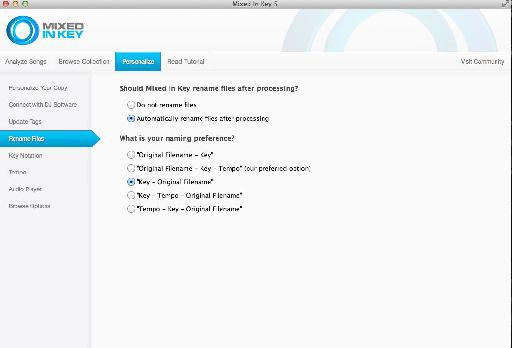 Using Mixed in Key with Traktor

When I'm DJing using Traktor, harmonic mixing makes it easy for me to select tracks. Since all of my tracks are re-named with the key tag written first, I will usually click the column entitled 'title' to quickly organize all the tracks in the playlist by their keys. This makes it very easy for me to select songs for my sets on the fly. 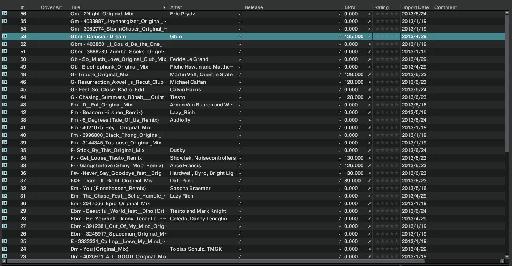 If I want to load up a track from another playlist, I'll click the same 'title' header to organize the playlist the same way. This allows me to easily scroll through the list of songs, and quickly make decisions on which tracks to play.

Harmonic Mixing in Your Sets

If you drop samples in your sets, or perform controllerism routines, you can use harmonic mixing to improve your performances. Build a routine using a beat as a base that's in one key (eg. 9A) and then choose samples to layer overtop that are in compatible keys. You'll never have a routine with key clashes again!

One very effective harmonic mixing technique is called energy mixing; this technique creates the impression that the energy in the room is constantly rising. Energy mixing is the art of playing tracks that are one or more semitones higher than the previous track that is played. 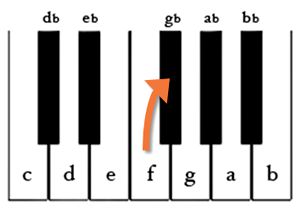 To use this technique, it's a good idea to have a look at a piano keyboard. If you begin with a track in 5A (C minor), find the key for the next track you're going to play by moving up one key (a semi-tone) or two keys (a whole tone) on the piano keyboard. The next track you play could be in either Db minor (12A) or D minor (7A). The trick with this technique is not to overlap the melodies in your tracks; if you do this, you'll have a key clash. Try to mix together the percussive intro/outros during the song, or layer one song's breakdown over the next song's rhythmic intro. If you perfectly time this transition, you'll create the impression of a rise in musical energy. You can use this technique to work the crowd all night long, and create a euphoric sonic environment.

Harmonic Mixing In a Nutshell

Harmonic mixing is a technique that will help to drastically improve your sets. The good news is, today's technology makes it simple to analyze your tracks and easily learn the keys of your songs. Once you have the keys of your tunes, all you need to do is make good use of the Camelot System to make the best decision about which tracks will mix well together. After mixing a few sets harmonically, I'm sure you'll fall in love with the simplicity of it all, and effortlessly create sets with magical sounding blends.

Sara Simms
Sara Simms captivates the world as an innovative musician, DJ, turntablist and electronic music producer. She's a multi-instrumentalist who's known for her love of music technology. Sara makes her mark in the music community by crafting diverse sets with styles ranging from pulsating techno to house. She balances technical skills with a refined musical sensibility and her approach to DJing focuses on improvisation through multi-deck mixing. Her passion for music has led her to tour through North America, Japan and Europe. Recently, she's played sets for Allen and Heath's live broadcast at the Amsterdam Dance Event, on Detroit's 313.FM and on Toronto's CTRL Room. Sara has an intriguing background as a jazz guitarist turned turntablist. She's competed in DJ battles in both Canada and the US, and was a runner in up the 'Scratch' â€“ The Ultimate DJ Contest. Sara's DJ career began in Toronto with residencies at venues like This Is London, The Courthouse and The Ritz-Carlton. She's now focused on studio work and has founded her own label, Simmetry Sounds to release productions and collaborations. As an artist who stays on the cutting edge of new technologies, Sara has worked together with brands like Arturia, Casio, Fender, Genelec, Pioneer DJ, Mixed in Key, Moog Music Inc, Native Instruments and Roland. As a DJ, Sara has played events for legendary brands like Dior, Guess, M.A.C. Cosmetics, Victoria's Secret and Volvo. Sara's career highlights include: playing at Ultra Music Festival in Miami, opening for the Friendly Fires in Cannes, France, appearing on DJ QBert's 'Skratch University', a US tour with Melleefresh (Play Records), judging the Canadian DMC Championships, playing at AIR (Tokyo), W Hotel (Miami and Seattle) and performing at Pride Toronto.
Related Videos
Comments (1)