All Articles Logic Pro
How Pro Tools Addicts Can Get Started In Logic Pro X
Matt Vanacoro on Tue, May 8th 0 comments
There are many reasons why you might want or need to move between different DAWs, but they don't always approach things in quite the same way. Here's how Pro Tools users can understand Logic.

There are so many DAW choices out there these days that we are slowly but surely crawling towards ‘feature parity’ between them - even when the DAWs are made by competing companies! No DAW maker wants their users to feel left out of a major music tech breakthrough, so these days as soon as a feature crops up in one DAW, you usually see an iteration of it elsewhere.

That doesn’t mean however that the workflow and what each DAW places as ‘important’ doesn’t change from app to app, it does! What it also means is that you can often find a way to place some of your favorite features from one app front and center into another if you have to switch for some reason. Here are 7 things to take a look at the first day you boot up Logic Pro X if you’re coming from years of Pro Tools.

By default, Logic doesn’t show you the global tracks in the arrange window. It’s tucked away, whereas in Pro Tools you can typically see the global tempo, key, etc tracks by default. 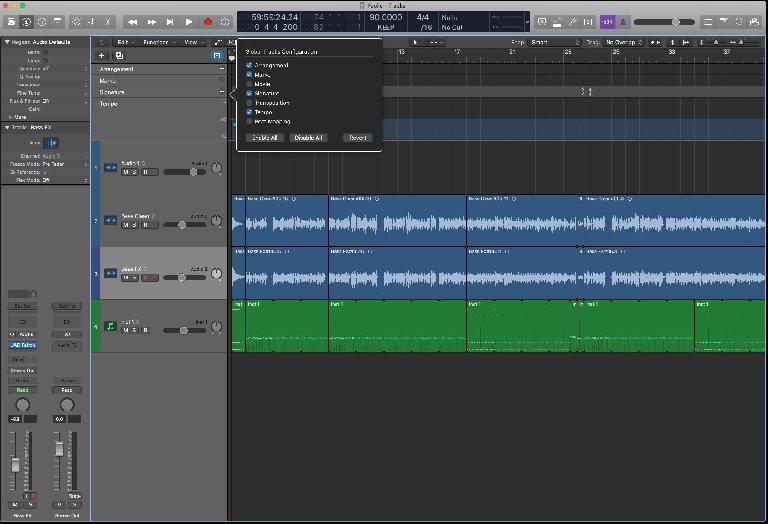 If you go to the little window button in the upper left corner of the arrange window as pictured here, you can drop down the global tracks. You can then right click in there and even configure what global tracks you want to see. Enabling Tempo and Markers will make it very ‘Pro Tools Like’ to start, and you can enable the other ones as you need them.

Although Pro Tools’s IO setup (formerly matrix) allows for much more flexibility of routing, most major studios have deliberately and carefully labeled their IO in Pro Tools for easy and fast routing. Logic handles this under the ‘Mix’ menu item, inside of IO Labels. 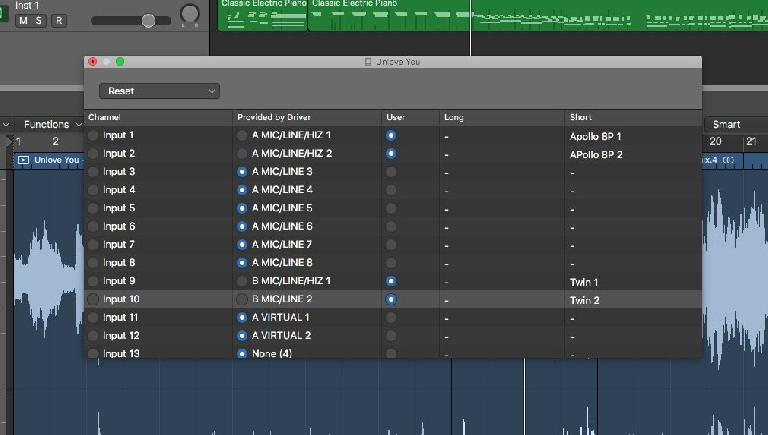 While you don’t necessarily have the power of Pro Tools’ IO setup here, you can certainly label your IO quickly and easily regardless of your audio interface. This makes it easy to find the input and output you need in a pinch.

One of the things that always amazed me about folks more fluent in Pro Tools than I is how well they know the Key Commands. Mastery of the key commands can cut your workflow time down exponentially, and it’s the one thing that will slow you down dramatically when you switch from one DAW to another. 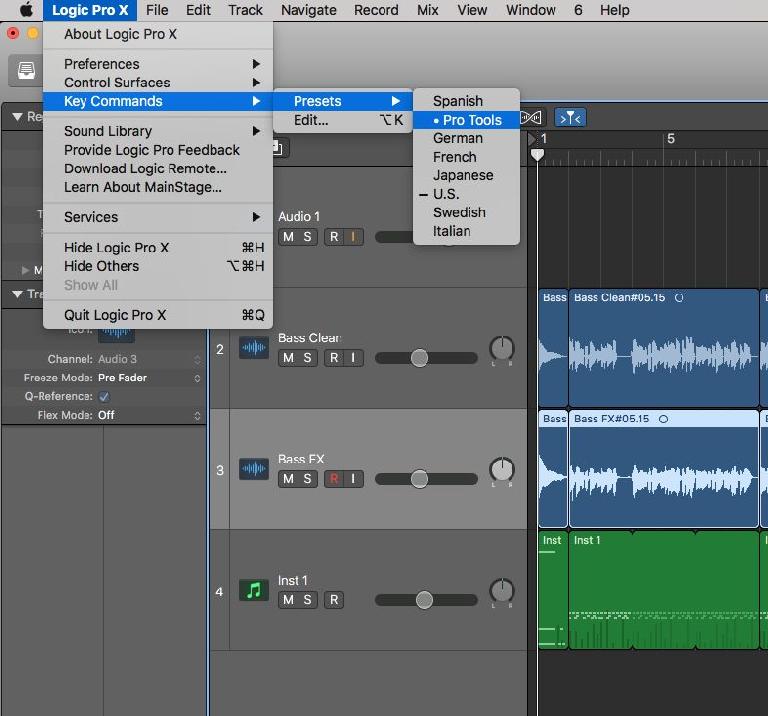 Logic even has a ‘Pro Tools’ key command set that will help you on your way, although as a long time Logic user I couldn’t fathom why I’d want to have to hold the function key then press F12 to record on a Mac when I can just press ‘R’ for ‘Record’ (not digging at you Pro Tools folks, just having a bit of fun). Of course you can customize just about every single key that does anything in Logic and make it work exactly like PT if you wish, but the PT Key Command preset will get you started for sure.

Clips Is Media And Media Is Clips

Having a large bin of all your media on the right side of the window is an absolute must for some folks - I’ve seen people organize massive sessions and quickly slot in audio and alternate takes this way. 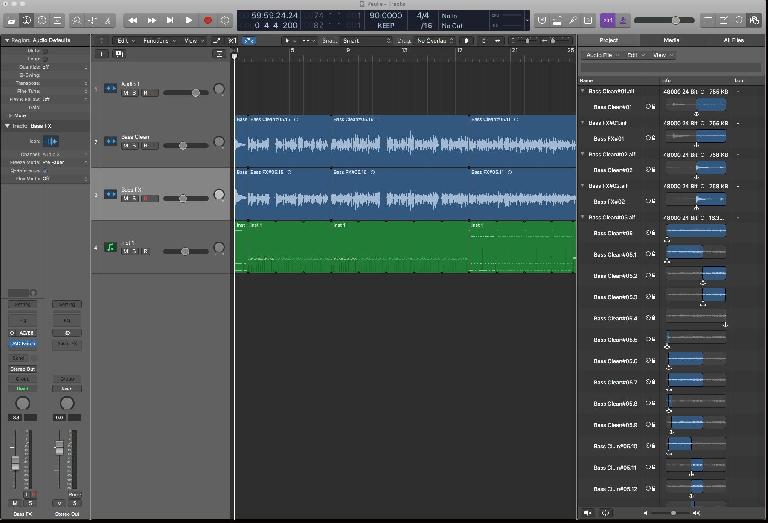 Logic doesn’t display the media browser by default like Pro Tools often does, but you can get to it by pressing the media browser button in the upper right corner. At first you may begin to worry how you can fit all of your media in the list - Logic shows you every single nested part of an audio file that you’ve used and what part of it you used, but you can close all of the drop down nests for each audio file by holding the option key and clicking the little triangle on one of them.

The single most common question I get asked by new Logic converts that is fortunately the easiest to do is, “How can I make it play back like Pro Tools? You know, like any time I press play it plays back from the original playhead spot?”. This behavior is essential if you are crafting or working on a specific piece of the song and you want to go through a lot of iterations. 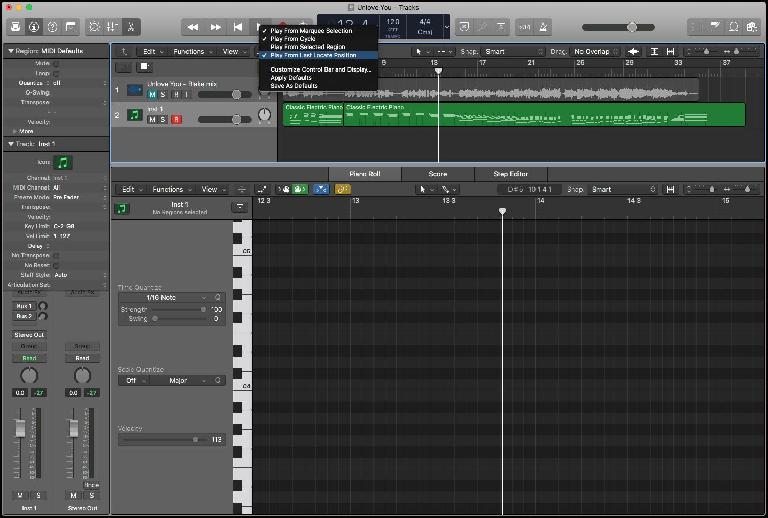 Logic Pro took forever to get selection based processing, and I just about danced a jig when it was announced. If you’re coming from Pro Tools and you’re used to simply clicking on a region of audio, going to an Audiosuite effect and applying effects to just that little region, YOU TOTALLY COULDN’T DO THAT IN LOGIC UNTIL RECENTLY AND ARGGGHHH IT DROVE ME NUTS!!! 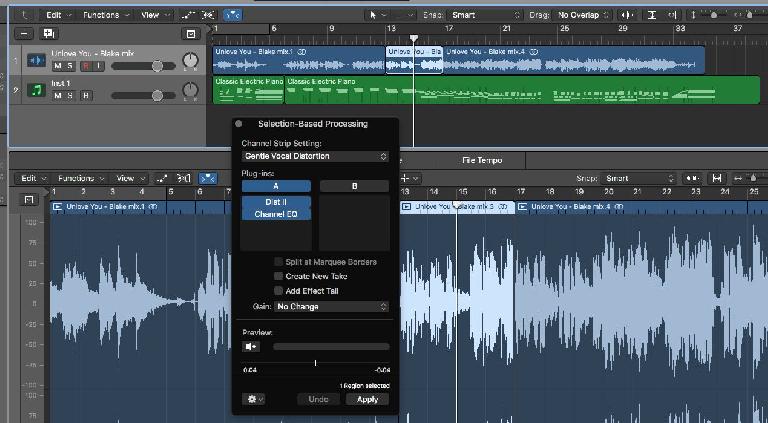 This last item on this list still has a long way to go on the Logic side of things, but at least we can get you started. The Pro Tools track header is quite configurable, and you can see your input/output/sends/kitchen sink and anything you could want in the track header inside of the arrange window. The Logic track header follows Apple’s simplistic design philosophy, but that doesn’t mean you can’t deck it out a bit. 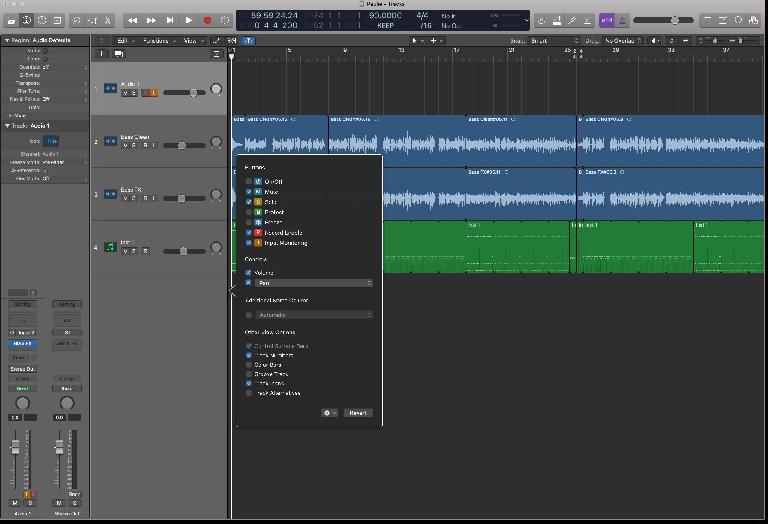 Right click the track in the arrange window and you’ll be able to configure the track headers. You can’t add all of the IO and send options you can in Pro Tools, but you can certainly get more information in there, as well as add controls for freezing and protecting your tracks. You can even enable track alternatives to get similar feature behavior from Pro Tools.