All Articles Guitar
How to Make Your Guitars Sound Better in the Mix By Chopping the Low-End
Rich Tozzoli on Thu, February 26th 0 comments
Language
Wondering how to get your guitars to cut through the mix better... or even fit in better? Rich Tozzoli shares these tips on how to remove the low end to make everything sound better.

When mixing both acoustic and/or electric guitars, don't be afraid to remove as much low end as possible. Not only will it help clean up the overall production, the guitars will actually cut through the mix better. Here are a few easy tips on how to get the job done.

The most obvious way is with an EQ. This can be any EQ that has the ability to remove or cut frequencies, which is just about all of them! You can simply grab any of the low frequency bands (around 120 Hz to start) and begin to pull them down. Here's an image of the standard Avid Pro Tools EQ III with a low end cut suitable for guitar. 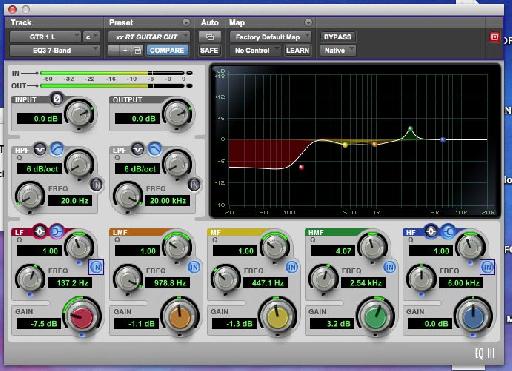 Note that if you Control-Shift and select any of the frequencies, breakpoints or Q control, it will solo isolate that frequency. This helps you find the offending areas much quicker than just guessing. Just let go of the keys and you're back to normal.

Start around 120 Hz with the guitar soloed. While you may think you're removing the '˜bottom' of the instrument, you're not. It's just cleansing out any of the unnecessary '˜mud' that will never be heard anyway. Remember, you primarily want the bass and kick drum to live in the area around 120 Hz and below (if its that kind of production). Once you start cutting that frequency area down, put the guitar back into the mix. Chances are, things will start clearing up.

The three things to focus on with a standard EQ are the Gain, Frequency, and Q Control. Gain is simply the amount that you are reducing. Frequency is the chosen frequency (of course!) and Q is the width of that frequency band. Narrow width will be tighter, therefore removing less '˜around' the 120 Hz breakpoint. Wider width will remove more around the chosen midpoint. With the EQ III for example, just grab the LF band (red dot) and drag it down. It's a great place to start.

With electric guitar parts, many of you may be using plug-in amp simulators. An easy way to remove low end is to simply cut the bass EQ knob. This will generally be a fixed EQ setting around 80 or 100 Hz. Once again, solo up the guitar and begin to cut that bass knob. When it sounds too thin, put it back in the mix. Once you have adjusted to that sound, then turn the knob back up until it sounds good. Use your ears at this point, and don't worry about any numbers. You want to make sure the guitar is full sounding, but not thin.

One of my favorite features on the often used (for me) Brainworx ENGL E646 VS and E765 Retro amps are the included Tight and Smooth filters, found in the FX Rack section. The Tight filter is different than just turning down the Bass knob because you can adjust what frequency you want to cut at, and choose Pre or Post amplifier. I tend to run it Post (totally optional) and turn the frequency up until it removes the thickness (again, typically above 100 -150 Hz). These particular ENGL amp simulators rock, but they can be quite bottom heavy. The Tight filter lets me clean up the low end while retaining the all-important midrange and high end.

If you're using a DI on your acoustic guitar parts, this is a great place to pull the low end out of. Simply grab any equalizer and cut those frequencies that step on the mix. While you're at it, try and remove a touch of the 500 Hz range (and just up from that), because DI pickups with acoustic guitars can have a fake sounding, artificial low mid area.

If you're using a microphone on the acoustic, consider pushing it back a few inches during the recording. This will lighten up any proximity effect, which is an enhanced low end simply created by closely miking the source. If you push the mic back a bit, your sound will clean itself up. If you like that low end (which can be effectively used in sparse mixes), leave the mic close.

Compression does not always work with guitar parts. You have to be careful about cutting any of the attack of the guitar notes, so that they don't soften too much. But one compressor that I do use quite a bit is the Summit Audio TLA 100A Tube Leveling Amplifier. The reason is that it has an amazingly smooth auto setting, which reacts to the incoming signal with little to no adjustment. To my ears, it rarely affects the peak transients of the guitar, especially when the Gain Reduction is kept extremely low (so that the Meter barely moves with the input signal). 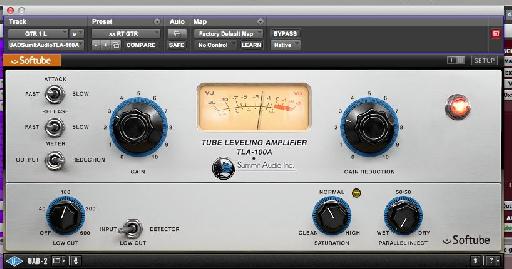 I'll apply it to a guitar track (acoustic or electric), set the Gain Reduction to just touch the needle, push the Gain up so I get some beef, and then, my favorite thing'"set the Low Cut switch to Input and push up the Low Cut frequency knob. This setting removes the low end of the guitar from the plug-in, essentially acting like an EQ within the compressor. This lets me push the guitar up in the mix with the Gain knob while simultaneously cutting the bottom out. A win win.

Plus, it's an easy go to plug in when I have multiple guitar tracks. Literally, instead of reaching for the fader or EQ when mixing, I call up the TLA 100 and adjust accordingly. It really makes the guitars jump.

The objective here again is to remove just enough bottom to make room for other instruments. With guitars, there is a lot of low end that is simply not needed. Try to cut out as much of it as possible while still keeping the tracks full sounding. You're mix will thank you. 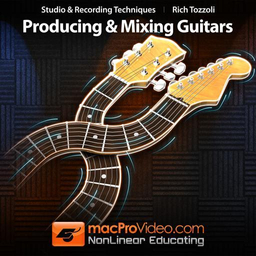