All Articles Audio Software
Left Field Sound Design in iZotope Stutter Edit
G.W. Childs IV on Thu, March 6th 0 comments
Language
Whether you work in music, television, or film, we all need '˜wooshes' & '˜swooshes'. Frustratingly, they can be difficult to obtain. Did you know you can use iZotope's Stutter Edit to make these?

Whether you work in music, television, or film, we all need '˜wooshes', '˜swooshes', and '˜fwips', every now and then. Frustratingly enough, though, when we need them, it's often difficult to obtain them... Or, at least some really good ones.

Believe it, or not, Stutter Edit, which is normally used for processing, actually has tons of easily configurable '˜wooshes' that can be easily set up and timed for almost any situation in the form of Generators.

Generators, in Stutter Edit, generate noise and other sound effects from a surprisingly large Noise Table. The table is mostly set up of Noise type samples. However, there are a few hits in there as well. The number of noise and hit types actually aren't as important as how configurable each table sound can be with the more than adequate controls available within the Generator edit window. 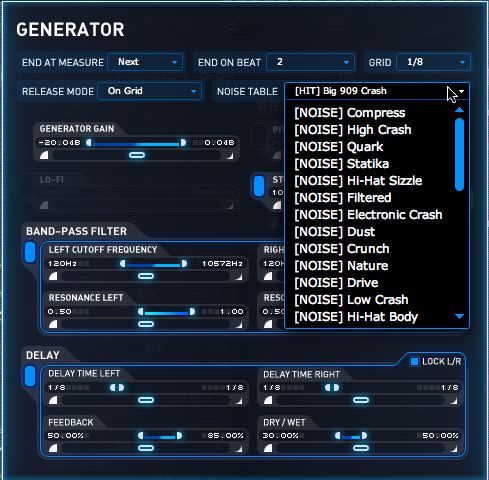 The most attractive thing about the Generators though, beyond having some neat swishy sounds, is that each of these sounds can be modified to enter, and exit in time with whatever you're working on, and so much more. You can run them through the Bandpass filter, Delay, as well as adjust how pitch and gain rise and fall. You literally create new effects out of a sample library. So, technically, you've got the ability to make thousands of different types of swooshes. Neat, right?

Normally, when using Stutter Edit, you'll use it as a Master effect that effects your mix as a whole. And, you can also use Stutter Edit upon individual audio tracks, which is great for spicing up leads, vocals, basses, drums and all other manner of coolness. But, what's also neat is that you can use Stutter Edit, in a way, as an instrument as well, with very little effort. And, while it's true, you can't stutter a sound that doesn't exist, you can use Generators, as they provide audio themselves. Let me show you what I mean.

The same way as always, apply Stutter Edit to an audio track. Except, in this case, there will be no audio on this track. Keep in mind, this varies greatly in how you do it from DAW to DAW. I'll do this in Ableton now. 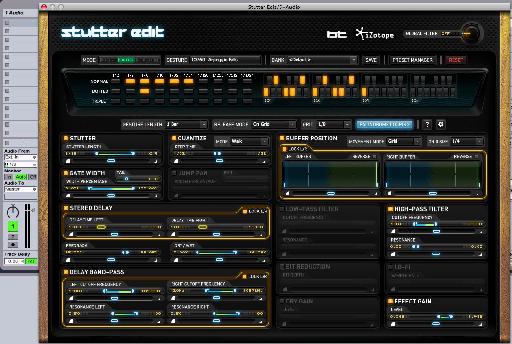 Once, I've set up Stutter Edit on an audio track, I'll choose one of the patches from the Generator sub-directory under the Bank drop-down menu... 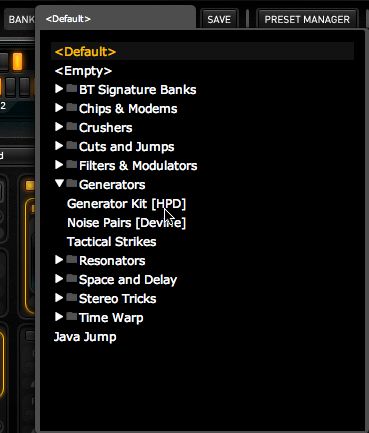 Because we chose a generator only patch earlier, as long as you're in the right octave range (C-2 to C-6, generally speaking, it may vary from patch to patch) you can trigger Generators... Under one condition. You need to hit the play button for your DAW.

Because generators are timed to the host clock, like all other effects in Stutter Edit, you have to have your session running to hear these audio effects. But, because they do not require audio input to work, you don't have to worry about having to actually input audio. They will actually run independently, as if you were triggering a regular soft synth.

Give it a shot, next time you need a great transition effect, suspense, excitement, and more.

Dream It. Do It.
Do you want to learn Stutter Edit: Explored?
Yes, I want to learn!
No Thanks, I just want to read the article.
Feedback
How are we doing?
We'd love your thoughts, feedback and questions regarding our new site. All feedback is appreciated!
We do not respond to this form! If you need support, please visit our support page.
Thank you for your input!
Your message has been successfully sent
Course Advisor
Don't Know Where To Start?
Ask A Course Advisor