All Articles Audio Software
Link Cubase and Reason 7 with ReWire
Hollin Jones on Fri, February 21st 8 comments
Language
Despite Reason being such a powerhouse all by itself (and with the help of some excellent Rack Extensions) there's still times you might want to ReWire it to another DAW. Hollin Jones shows how .

You might ask why ReWiring Reason and Cubase together is still a thing when Reason now records audio tracks? Well, the truth is that for basic stuff like audio tracking, you don't need to do this anymore. However there are many other reasons you might want to route MIDI and audio between the two apps. Cubase has video support, which Reason doesn't. And Cubase can load all those lovely third-party VST effects, which Reason can't do either. So although both are capable apps in their own right, there are still circumstances under which you might want to link them up and have data flowing between them rather than having to print stems and transfer them across. 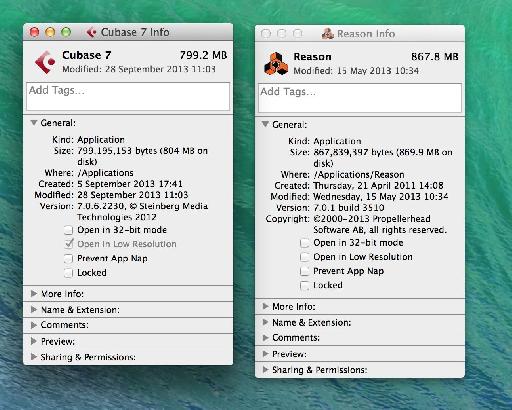 You will need Cubase and Reason to both be running in the same bit mode. Locate the apps in your Applications folder and Get Info on both by pressing Apple-I or Properties in Windows. Make sure that both apps are set to open in the same mode, whether that's 32- or 64-bit mode. Then boot Cubase first and Reason second so the host and slave are correctly identified. 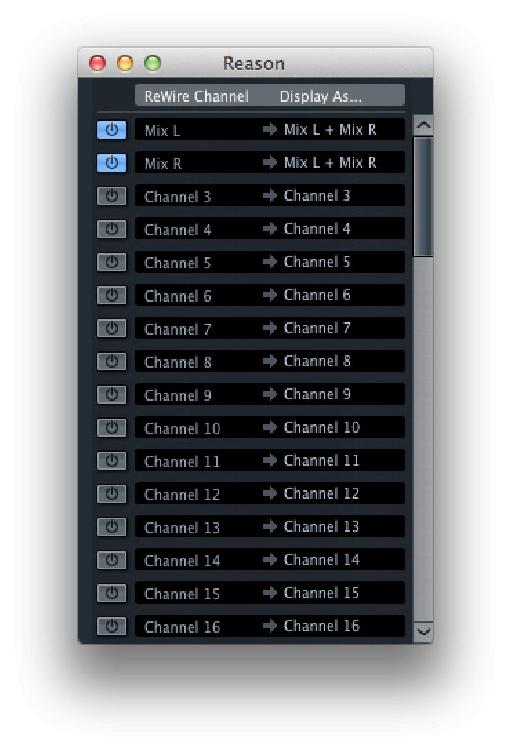 If all has worked correctly, Reason will have defaulted to passing its master stereo outputs to Cubase's mixer over ReWire. In Cubase, go to the Devices menu and choose Reason ReWire. Activate the Mix L and R channels and play the project. Any sounds in Reason's sequencer should now play through into Cubase. This would be one way to easily use a mastering processor like iZotope Ozone on the live output of Reason without having to export from Reason first. 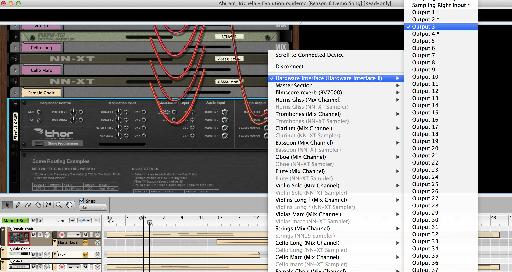 Imagine that you want to send a specific module or track through from Reason into Cubase to process it with your favorite VST or AU effect. Go into Reason and locate the module you want to send through. Spin the Rack round to see its rear connections then right-click on the outputs to reveal the destination select menu. In this menu, scroll to Hardware Interface and choose the ReWire channels you want to activate. In this case, 3 and 4.

In Cubase, activate the same channels you just selected: 3 and 4. You should find that the output from the Reason module now flows through onto separate channels and you can apply any effects you want. If you like, you could also use this to record the stream onto a Cubase audio channel. You can repeat this with as many channels as you need. Although there is a limit, it's not one you are likely to run up against. 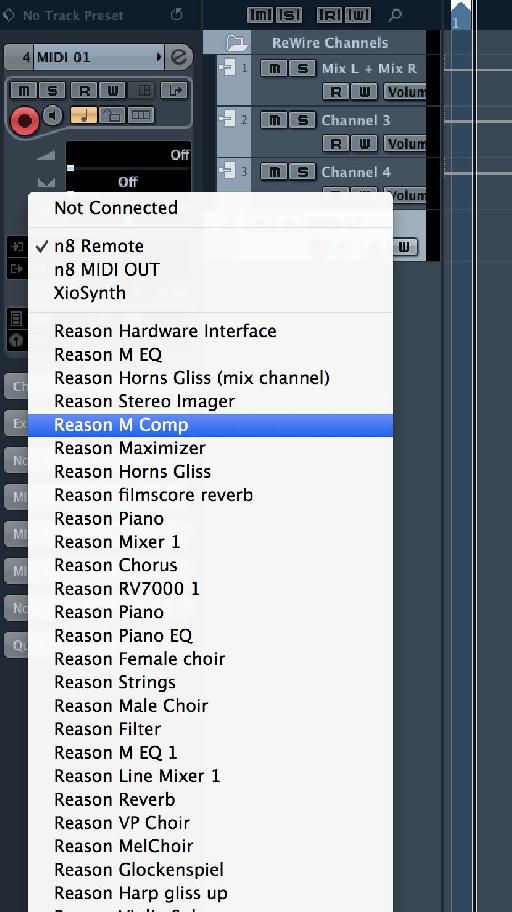 If you create a MIDI track in Cubase and go to its input select menu, you will see that it can receive MIDI from any of the tracks in Reason. This would be useful for loading up a plug-in instrument in Cubase but using Reason's sequencer, with its ReGroove and other MIDI programming tricks, to trigger it. By clicking on the output routing selector here, it's also possible to do the reverse by selecting a Reason module as a destination and thus route MIDI from Cubase's MIDI track to trigger Reason's sounds!

Hollin Jones
Hollin Jones was classically trained as a piano player but found the lure of blues and jazz too much to resist. Graduating from bands to composition then production, he relishes the chance to play anything with keys. A sometime lecturer in videographics, music production and photography post production, Hollin has been a freelance writer on music technology and Apple topics for well over a decade, along the way publishing several books on audio software. He has been lead writer at a number of prominent music and technology publications. As well as consultancy, full-time journalism, video production and professional photography, he occasionally plays Hammond, Rhodes and other keys for people who ask nicely. Hollin is Contributing Editor at Ask.Audio.
Related Videos
Comments (8) Dream It. Do It.
Do you want to learn Reason Fundamentals?
Yes, I want to learn!
No Thanks, I just want to read the article.
Feedback
How are we doing?
We'd love your thoughts, feedback and questions regarding our new site. All feedback is appreciated!
We do not respond to this form! If you need support, please visit our support page.
Thank you for your input!
Your message has been successfully sent
Course Advisor
Don't Know Where To Start?
Ask A Course Advisor