All Articles Logic Pro
Logic Pro X: To Float, or Not to Float?
Darren Burgos on Fri, March 28th 0 comments
Language
Clipping when mixing in Logic X is not as straightforward as a "clipping" or "not clipping". Darren Burgos uncovers how Logic X's 32-bit floating point engine deals with clipping.

Unlike an analog mixer, digital mixers and many DAWs like Logic Pro X have volume headroom/ceilings internally that are virtually impossible to clip. They work in what is called 32-bit Floating Point. In Logic X, you may have noticed that when a single channel 'clips', its peak indicator lights up orange now instead of red like in Logic 9. This is Apple's subtle way of showing you that the channel is not really clipping, but is definitely over the zero dB point. Many producers today simply ignore the clipped signal on the individual channels and head straight for the master Output. Technically, as long as the Output channel in the mixer is pulled down far enough there is no clipping right? Yes, and No. The fact of the matter is that many plug-ins actually will distort virtually'¦even if the master Output fader is pulled down enough so the peak indicator does not light up red.

Step 1'"No Distortion if the Output Channel is Lowered

Let's take a beat and raise its volume to the extreme. Grab a beat from Logic's Loop Browser and place a Gain plug-in on the channel strip. Pull the volume down on the Output channel to -24 dB. Now raise the volume on the gain plug-in to +24 dB. Even though the drum's channel is clipping by nearly 24 dB, because we've lowered the volume on the master output there is no distortion. 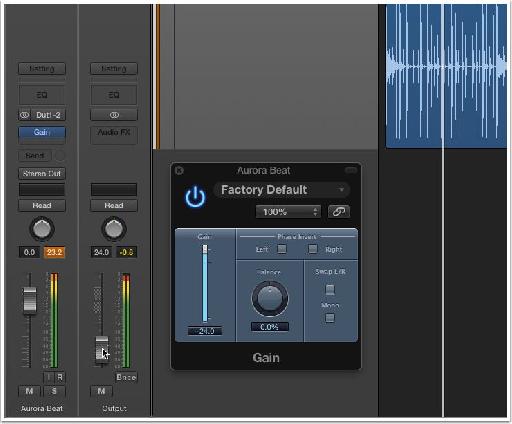 Now, slowly raise the volume on the Output channel. Pretty quickly you'll start to hear distortion as the signal reaches over zero dB. Return the volume back to -24 dB when you're done here. 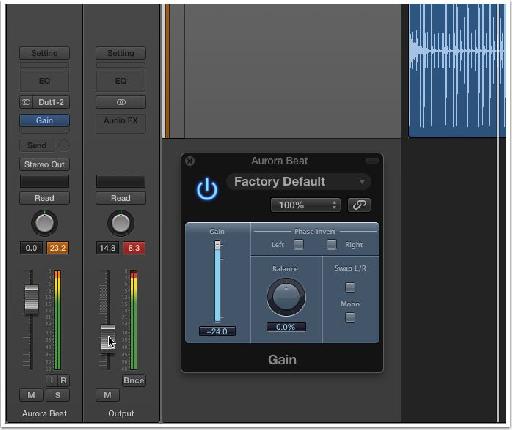 Step 3'"Most Logic Plug-ins Will Not Distort 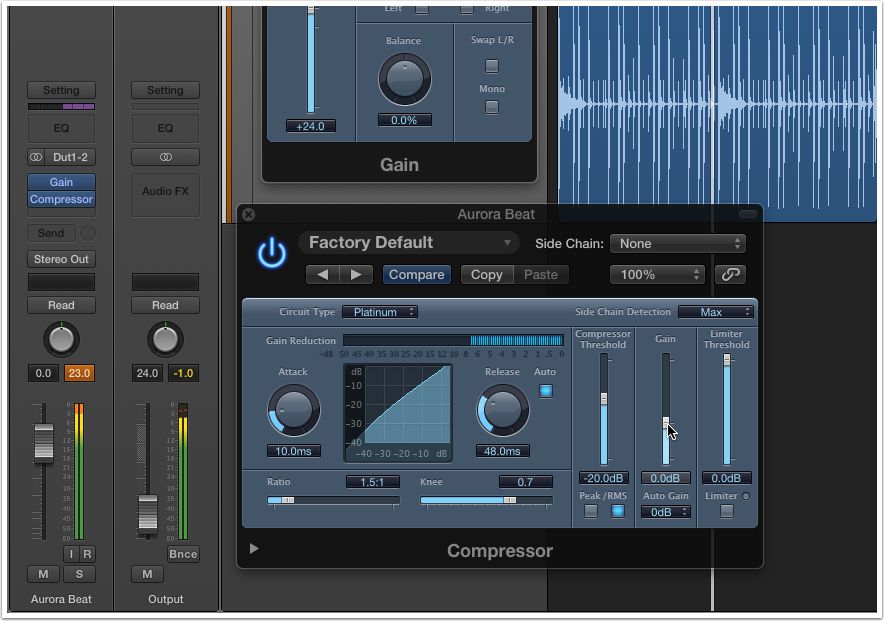 Next, click the small disclosure triangle on the bottom of Compressor. You'll see an Output Distortion drop-down menu here. Change this value to Clip. Play the beat'¦ the signal instantly sounds distorted even though the main Output is not clipping. This is because Logic's compressor is now emulating what would happen in the physical world if this 'hardware' compressor received a signal 24 dB over zero. 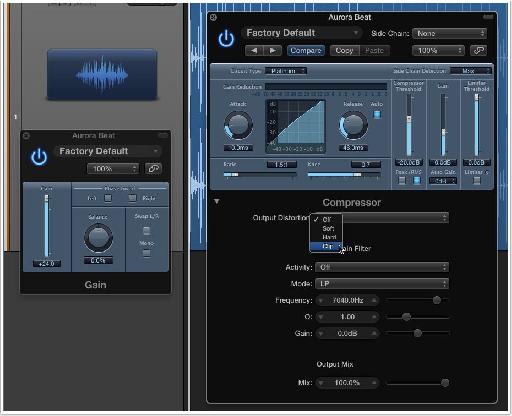 Step 5: Tips on Mixing While 'Floating'

If you intend to keep mixing with the 'cushion' of 32-bit floating point, keep an eye/ear on effects that are modeled on real world hardware like Tape, Tube, Amp, Distortion (there's a brain twister for you), and any effect plug-ins that are modeled from hardware versions. There is nothing actually wrong with plug-ins that do this, they're simply emulating in software what would occur on the physical equivalent. Some producers swear by blowing out the channels and lowering the main output like this, and honestly, if it sounds good why not? It's all up to you and your ears.

Step 6: Tips on Mixing in the Classic Way

So should you mix in the classic way by keeping all your tracks well below zero dB? If you're looking for the cleanest possible signal and you're using third-party effect plug-ins that emulate physical gear, then I'd say keep things lower on the actual channels. There are third-party meters that will help you stay within a safe area like MeterPlugs' K-Meter. Not enough volume for you when you mix like this? Raise the volume in the physical world like on your interface's output, mixer, amp, or headphone amp. This way your mix will be as clean as possible, but you can still feel the music at the level it's meant for.