All Articles Music Theory & Education
Make Money From Your Music via Sync
Hollin Jones on Sun, April 6th 0 comments
Language
It's probably never been harder to make money from music. Don't rely on album sales (not recommended!) instead Hollin shares how to get your tunes synced, or used in film, TV, games and adverts.

The vast majority of people who produce music do so because they love it, and it's undoubtedly a cool thing to be able to say you do. The fact remains though that life can be a costly business, and you won't come across many musicians who could honestly claim not to want to make a little money out of their passion for production.

It won't come as a shock to hear that trying to get rich simply through selling CDs is a less and less viable way of trying to make a living these days. You can argue about whether iTunes has changed our attitudes to paying for albums or whether record labels have become increasingly cynical in their pursuit of hits at the expense of career development. In fact, there's an element of truth to both but that doesn't help you all that much. So we're not going to look at how to promote yourself using conventional channels : anyone can now sell their own music digitally on Bandcamp, iTunes or one of the many other distribution channels. Nor is this about building a fanbase using social media or touring and playing gigs, though these are all things you could and probably should do. 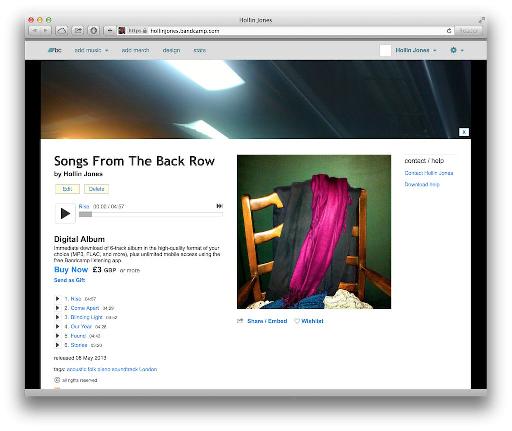 Bandcamp is an excellent way to sell your own music, though you'll be doing a lot of the work in promoting it.

We're going to look at how synchronization can help you make money from your music. There's no magic solution, and it can be a long and sometimes dispiriting process, but don't let that put you off. As you will see, it can be about having a decent volume of material in your portfolio, making sensible decisions about who to sign up with, and a big dollop of good luck doesn't hurt either. I'm going to be candid about what I have found does and doesn't work: your experience may differ, and I wish you all the success in the world!

There's no escaping that synchronization or 'sync' '" the process of getting a track used in a film, TV show, game or advert '" is the preferred way of monetizing your music. (Sorry for the corporate phrase, but you have to think of it in this way if you're going to be serious). Unless you are lucky enough to be commissioned to write bespoke music, you'll be signing up to a carefully chosen library or libraries with a view to them pitching your music to their clients. There are hundreds of these and thanks to the internet you can research them easily. 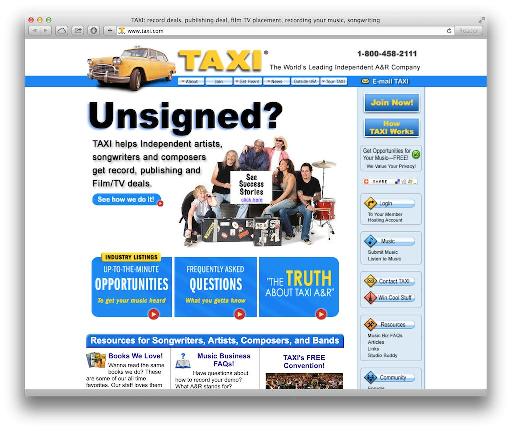 Taxi.com is one of the bigger sync websites, that lets you submit music on a per-job basis. 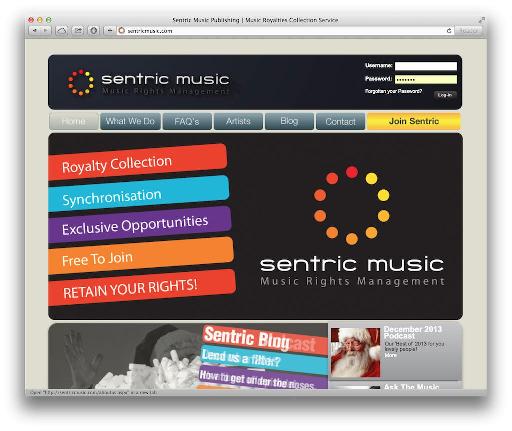 Some companies like Sentric Music offer both sync and rights management services.

The great part about this process is that once your tracks have been produced, your work is pretty much done. You will often have to be accepted by the sync company and they won't accept any old stuff : the production will need to be good and they may be targeted towards one genre, or they may have a broader scope. They will retain your music on their system and pitch it to their clients as and when they feel it meets the requirements of a particular job. If it gets used they will almost always take a cut, and the specifics of their percentage depends on your individual agreement. They don't get paid until your music is sold, so they are motivated to sell it, though ideally you only want them to be taking around 30-40% of any money earned, 50% at the outside.

A word of warning: be very suspicious of any company that asks for money up front. Unfortunately some unscrupulous people will flatter you with compliments and then ask for several hundred dollars to sign you up, after which they claim you'll be earning thousands in placements. This is almost never the case, and with offices often in distant countries they can be hard to get your money back from. I'm not saying distrust everyone, but Googling 'is xxxxx company a scam' can be very eye-opening if you have any doubts. Or ask them 'if you're so convinced of my earning potential, why not take your fee from my first royalty cheque?', which tends to sort the serious people from the charlatans.

You will need to be signed up with the collection society that operates in your country, so that means ASCAP or BMI in the USA, the PRS in the UK and so on. If you release or sell any music you should be signed up with these people anyway since they manage all royalties from sales and plays. Many agreements are non-exclusive, meaning you are free to sign up with several libraries, though some aren't so you need to be clear on this before signing anything. Also be clear that you are retaining the rights to your music : you want only to grant the company the right to sell specific tracks on your behalf. Typically these are re-named to include the sync company name so they can be identified by your collection society. 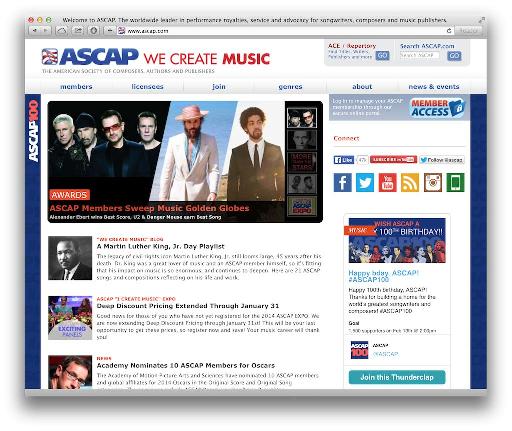 ASCAP is just one of the regional collection agencies : you'll need to be a member of the one that operates in your country.

I won't pretend that this process doesn't take time, because it does. It might take months or even years for a track to get picked up or for the right project to come around. In that time you should be continually writing and submitting more music because the more you have out there, the greater the chance that a track will be used. After a while you should hopefully be getting statements of royalties from tracks used in different territories around the world, maybe even shows you've never heard of, but they earn you money. It might not be lots but over time it all adds up.

You shouldn't be too precious about your music either. If you make avant garde free jazz-inspired death metal then that's great, but appreciate that it's going to have limited sync appeal. There's a place for most kinds of music, but having a varied portfolio will always stand you in better stead. When a heartfelt acoustic ballad is needed for one job and a pounding techno track for another, it's ideal to have both. And always, always have an instrumental version of a track because these are invaluable for sync. While you should always make the music you love, if you're really focusing in on sync as a career it makes a lot of sense to listen to the music on adverts, TV shows and movies and break down why it works. Music supervisors want stuff that works in the context of their show, and it's not that hard to work out what kind of music this is by looking, listening and learning.

Go forth and sync!

If you have some good, well produced tracks and put the time and effort in there's no reason you can't start to earn money from your music through sync. It might take a little while but it's really gratifying to get those cheques through, especially when you find your music has been used on shows you've never seen, in countries you've never been to!

Learn more about royalties and mechanical copyrights in this series of video tutorials:

Dream It. Do It.
Do you want to learn Making Electronic Dance Music?
Yes, I want to learn!
No Thanks, I just want to read the article.
Feedback
How are we doing?
We'd love your thoughts, feedback and questions regarding our new site. All feedback is appreciated!
We do not respond to this form! If you need support, please visit our support page.
Thank you for your input!
Your message has been successfully sent
Course Advisor
Don't Know Where To Start?
Ask A Course Advisor