Match EQ is an incredibly handy tool, especially for those of us who work a lot in post production and have to make a take recorded weeks ago sound exactly like an overdub recorded yesterday. What was once a ‘pie in the sky’ thought is now an ubiquitous feature that can be found on many an EQ plugin. This month, we’re going to shoot out our 3 favorite Match EQs and discover why you might reach for one over another. 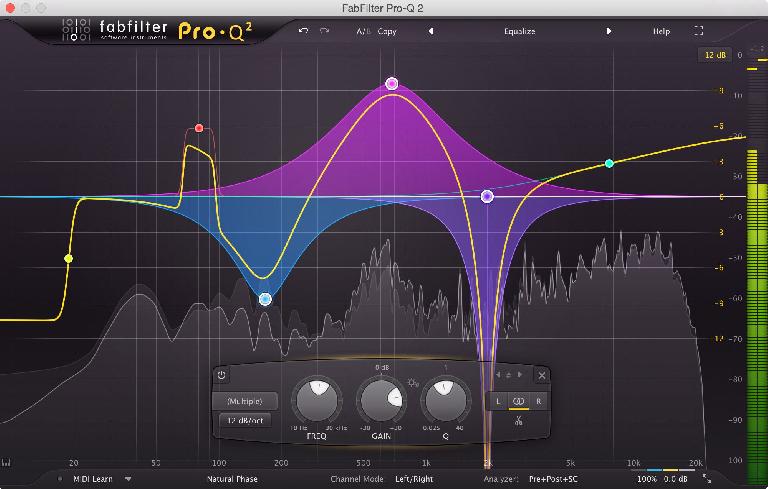 There’s no getting around it, FabFilter is a very sexy looking EQ plugin. Purists might say that shouldn’t matter, but one of the best looking parts of it is its incredibly responsive analyzer and graphic overlays. These features alone make it worth reaching for. I find that when I have to make specific and surgical corrections, FabFilter’s aesthetic actually helps me get there faster.

FabFilter’s match feature is fairly easy to use and is engaged right next to the analyzer in the toolbar at the bottom. The Side Chain feature allows you to import audio from a different track, and match the EQ to the current track that the plugin resides on. You then get the option to adjust how many bands you wish to use to make fine-tuned adjustments. Make no mistake, this EQ match is an absolute beast and can leverage a huge amount of nuance to get you to your final product in an indistinguishable way. 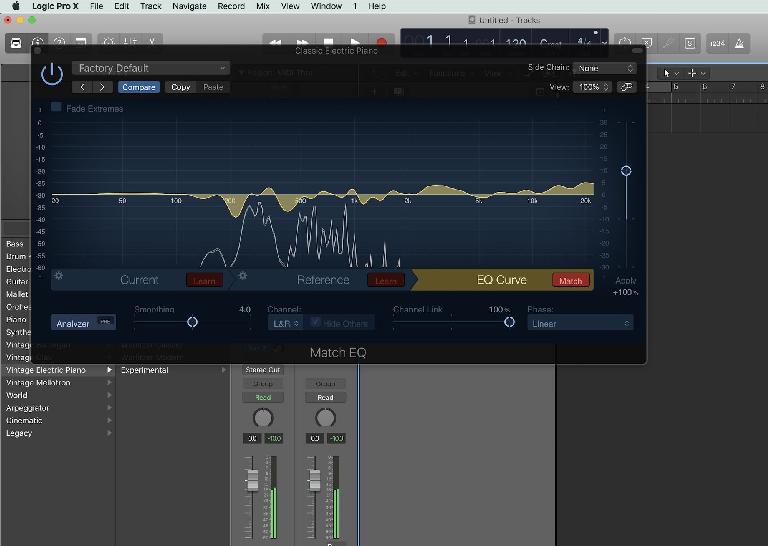 Logic employs Match EQ through a completely separate plugin from its normal EQ or linear phase EQ. In order to utilize Match EQ, open up the Match EQ plugin. Logic’s Match EQ plugin allows for the use of a Side Chain input as well, so you can easily set up your Match EQ on your destination track, all while piping in analysis data from your source. The bands are adjustable after the match algorithm has been enable, in a similar way to FabFilter. So the question begs, what does Logic’s Match EQ have up its sleeve?

As it turns out, Match EQ has a killer feature set when it comes to working with your reference track! You can actually drag and drop audio from your desktop to use as a reference. Imagine having an audio sample of what you’re going for, and simply dragging and dropping that audio into the Match EQ window - it’s that simple! You can even save a ‘reference spectrum settings file’ and load it later. If you’ve got a lot of tracks that you want to match to a similar source, it’s a great time saver! 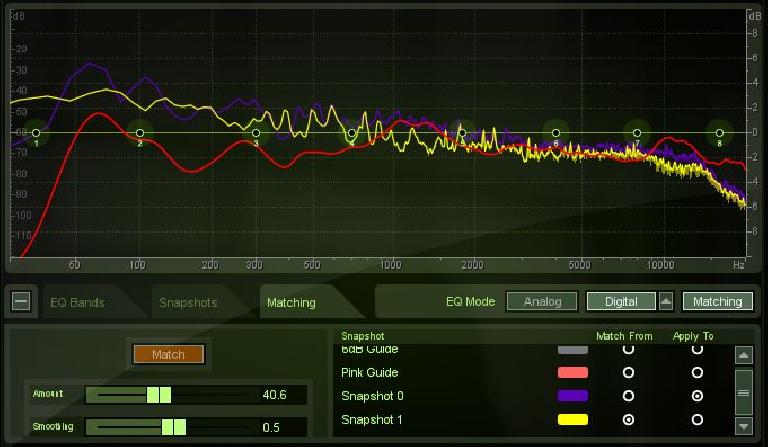 RX6 Audio Editor gets an ‘honorable mention’ here because it’s the only one of the three that is a standalone app. Sure, FabFilter is extremely responsive and yes, Logic’s EQ match is dead simple to use… but sometimes if you’re working quickly you don’t even want to open up a DAW. In those cases, RX6 Audio Editor can get you from start to finish in a flash. The EQ match is quite accurate, you have some nice spectral repair and noise removal at your fingertips, and you don’t have to open up a DAW, wait for plugins to load, create a new document, etc…

If you’re working on audio for video this can be a life saver. Sometimes I’ll have hundreds of audio voice over files for a longer video project and I need to process them all, and try to get them to have a similar voice over sound. RX6 Audio Editor and its EQ Match is the fastest way for me to work in that case.

These three aren’t the only games in town, but they are certainly where you should look first if you haven’t tried an EQ matching plugin yet. Very little will replace a good set of ears and good mic technique, but EQ match can fix a world of hurt in a jiffy if you’ve got some repairing to do!

Learn more about EQ and production in the AskAudio Academy here.
Related