Independent Russian developer Mercuriall Audio, the pioneer of powering amp-sims with neural networks, has released the newest product SS-11X, based on a tube preamp AMT SS-11 (versions A and B) providing Fender-style clean sound and powerful, roaring crunch and lead channels. The project is officially approved and supported by AMT Electronics, who supplied them with electric circuits, hardware prototypes and production 3D models. This gave them the ability to model the SS-11X in extreme detail, making it virtually impossible to distinguish the sound difference between hardware or software.

"One of the aims of this project was to create a very simple and affordable software with friendly and attractive user interface, as well as lower system requirements. Even though the main objective was modeling the preamp, we included some other important features. The SS-11X has a noise gate, a collection of overdrive pedals, cabinet IR loader, reverb IR loader and an option to choose the preamp tubes. This lets anyone create a solid guitar sound quickly and effortlessly within one simple window. 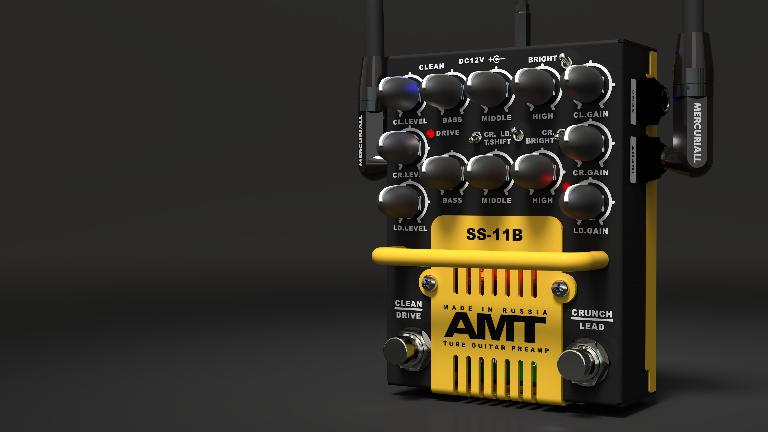 SS-11X opens a new chapter in the history of Mercuriall Audio - it is the first product where we use our brand new, cutting edge technology named Neural Hybrid Engine. It is a much more precise, flexible and faster method for modeling electric circuits. As the pioneers of integrating neural networks in amp sims, it took us 5 years of research and development to create the Neural Hybrid Engine and successfully build SS-11X using it. We also applied our tube curve tracer machine to make sure each tube model is unique, just as in real life." 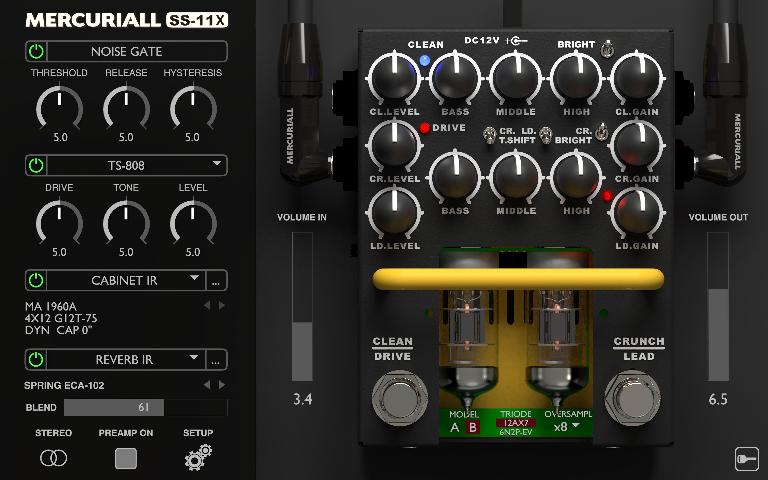