Ok, folks'"sit back, because it's time to talk about arranging music and using virtual instruments. We will also answer one of the most common questions I'm asked as a certified music tech geek: 'What computer and CPU model should I get?'

Oddly enough, all three of these topics relate to one another in a big way. We can address all three at the same time'"and maybe learn a little bit about how to better utilize the gear you already own in the process.

The way that your favorite digital audio workstation handles your supercharged, multi-core CPU can vary from program to program. However, the most common method of routing the CPU traffic is generally fairly straightforward'"anything on a single '˜track' gets routed to a single core. After that, the DAW will generally try to balance the load and manage audio as best it can, but most modern DAWs are currently restricted to sending everything on a track to ONE single core.

If you are really hip with virtual instruments and/or use a lot of effects (and you are an AskAudio reader, so I KNOW you are!) this can create a bit of a traffic jam! There's nothing I love better than adding a TON of stuff to a virtual instrument track to make it sound more realistic, and now they're telling me that it's only going to use one core of my 8-core Mac Pro that I had to sell a kidney to buy?

Fear not, fellow tweaker. All it takes is a simple change in workflow to free up resources and spread the CPU power around to where it's needed. Let's take a look at how you '˜stack' sounds.

If you're using Kontakt, you might LOVE to '˜stack up' your sounds to create an awesome sonic powerhouse. Many of us know, for example, that it might be more sonically realistic to drop in a violin section, viola section, cello section, and contrabass section into one instance of Kontakt rather than using a generic '˜string ensemble' sound. However, when you do that, all of those instruments will be piled up onto one single core, and that could spell danger for you with CPU dropouts, slowdowns and even (perish the thought!) a crash in your DAW. Have a look at the graphic and see for yourself. 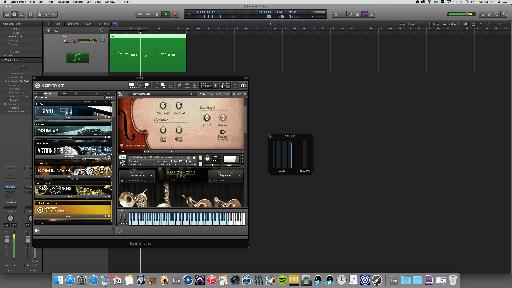 I've stacked up 4 sounds in a single instance of Kontakt to make a pretty slammin' synth orchestra sound. This one instrument track in Logic is sending MIDI to 4 different timbres in Kontakt, making a pretty huge '˜virtual orchestra' sound, but look at that CPU meter'"8 cores of CPU power to utilize and yet everything is slammed onto that last core. Not cool! Let's take a look at an alternate scenario that might fix this problem.

This scenario is much more balanced. Instead of putting strings, piano, horns, and synth all inside of a single Kontakt instance, I've put four tracks out there and simply copied and pasted the MIDI onto each track. The same exact instruments are being used, but take a look at that CPU meter now. It's much more balanced and efficient. 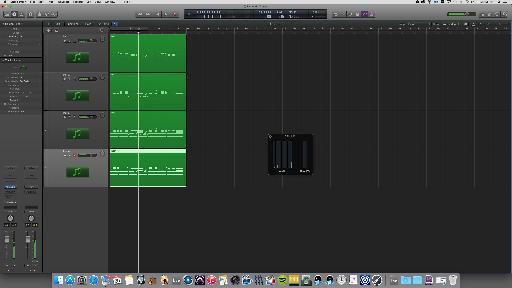 Now I know I wasn't '˜hitting the wall' with the last track, but multiply this times 40 (I've done plenty of projects that have reached that high a track count) and you can imagine that if CPU load isn't carefully managed, you can run into problems for sure.

Now you can see how stacking up a track with a lot of '˜stuff' can affect your CPU. There are methods to get around it, but what if it isn't as simple as splitting up your instruments? What if you are adding a ton of effects to a single track as well. This is where knowing what your workload is and knowing what kind of computer to buy comes into play.

I've had a lot of folks constantly make the correlation between spending more money and getting better results from their computer. This can be true, but with a caveat'"spending more money in the right place will get you better results. Take the latest Mac Pro as a '˜case in point'. The most expensive one you can get is a 12-core monster, and is quite expensive. If money isn't an object, then for my recording studio the most expensive one must be best, right? Wrong! Think about the lesson we just learned about CPU management and plugins. If you're running an incredibly powerful virtual instrument like '˜Voices of Prague' or some kind of physical modeling instrument, well then having more cores isn't going to be particularly useful to you. What good is having 12 cores if you can't run the instrument you want to run on any of them? Remember, as you add cores, the clock speed of each core decreases. The current 12-core Mac Pro tops out at 2.7 GHz, while the far less expensive 6-core machine can hit 3.5 GHz. The difference in GHz means extra headroom for your power-hungry virtual instruments, so what good is having 12 cores if your favorite instrument that you want to use requires 3 GHz of power? You can't run it, even though you plunked down an extra $2,000 for those 12 cores.

The extra CPU cores can be extremely useful in video applications like working in Final Cut Pro and rendering video, but for running multiple virtual instruments, you're likely going to want to have a better balance between your number of cores and your clock speed. Myself, I do an equal amount of video and music editing, so I settled on the 8-core 3.0 GHz machine. It's got the clock speed when I need it, and plenty of cores for rendering video quickly.

What can we conclude from all of this? Well, CPU management is not as automatic as we'd like it to be yet. Every project you do is different, and you have to allocate your time accordingly. If I'm recording a local band and we're going to do a simpler project which only uses a few virtual instruments, I might not spend my time '˜splitting up' my multi-timbral sounds as I have a pretty powerful machine and I don't care if one core gets slammed a bit. However, if I'm working on a massive arranging project, the last thing I want to do is hit a CPU wall headache halfway into the project, so I use efficient CPU/instrument management right from the start. All of this can be made easier if you pick the right computer and CPU for your needs from the start as well.