All Articles News
NLE Releases PreSonus Studio One 4: Recording And Editing Audio
Hollin Jones on Mon, December 10th 0 comments
This new course on Presonus Studio One 4 covers everything you need to know about recording, importing and editing audio in this powerful music production environment.

Like the look of Presonus' DAW, Studio One 4 - but don't know where to begin with this powerful music production environment? NLE has released a new video course dedicated to helping you get the most out of it. Studio One 4: Recording And Editing Audio is hosted by expert producer and trainer Joshua Carney and shows you everything you need to know about working with digital audio.

Studio One 4: Recording And Editing Audio 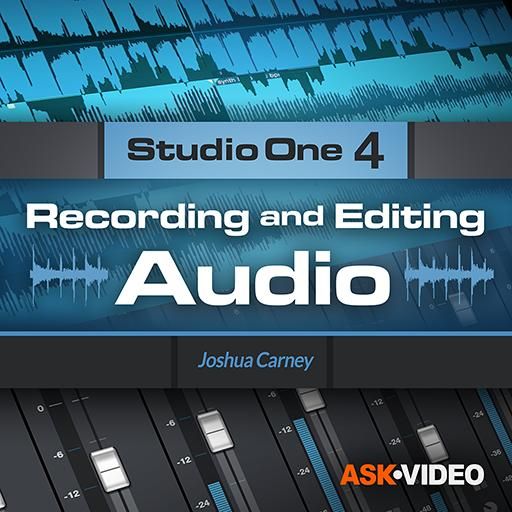 In this course, Josh begins by showing you how to set up for recording, as well as how to import audio and loops. You then learn about Studio One's audio editing tools as well as paint and range tools for selecting audio regions. There then follows a whole section on recording and editing instruments direct in: guitar, bass, doubled guitars and more are demonstrated, as well as the various record modes including loop, punch and replace.

Next he discusses multitrack drum recording, capturing electric and acoustic guitars and then recording and comping vocal tracks. Finally you get a comprehensive guide to audio manipulation with Melodyne - pitch and time stretching - and then he shows you how to create and export your mix. It's everything you need to know about recording and editing audio in Studio One, so check it out today! 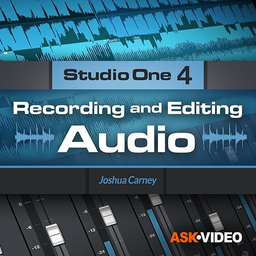 Dream It. Do It.
Do you want to learn Recording and Editing Audio?
Yes, I want to learn!
No Thanks, I just want to read the article.
Feedback
How are we doing?
We'd love your thoughts, feedback and questions regarding our new site. All feedback is appreciated!
We do not respond to this form! If you need support, please visit our support page.
Thank you for your input!
Your message has been successfully sent
Course Advisor
Don't Know Where To Start?
Ask A Course Advisor