Novation has revealed the latest offer for members of its Sound Collective community: the availability of UJAM’s Beatmaker EDEN plugin for free, and a 30% discount off the Hiphop-Bundle (Beatmaker Hustle and Beatmaker Dope) from 6 June to 1 August. 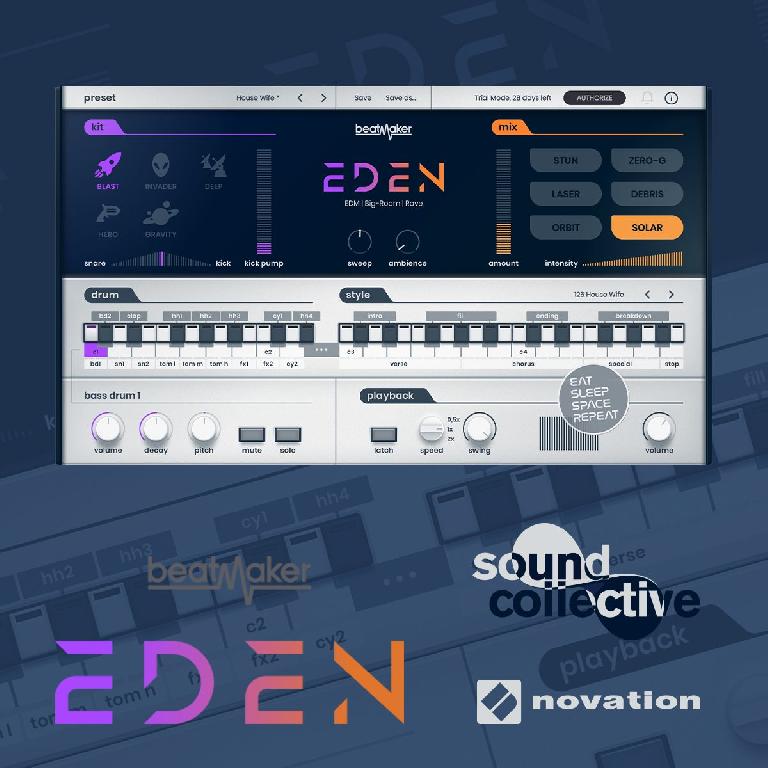 Beatmaker EDEN sells for $49, but Sound Collective members can get it for free from 6 June to 1 August. Throughout the same period, they can also claim 30% off UJAM’s Hiphop-Bundle, taking in the bass music-orientated Beatmaker Hustle, and the hip-hop styled Beatmaker Dope.

To join Sound Collective, simply register any Novation product, then look out for a new offer every couple of months.

Learn more about making hip hop and other styles with thousands of tutorial videos on DAWs, composition, recording and production: https://ask.audio/academy?nleloc=new-releases