Baton Rouge, Louisiana, August 2014... PreSonusÂ® is shipping Progressionâ„¢ 3, a major upgrade to its popular composing software for guitar, bass, and drums. This new version makes it easier than ever to write your ideas quickly and includes an enhanced chord library, new effects from PreSonus Studio OneÂ®, a Capo feature, and many notation and publishing improvements. Progression and its sibling product Notion are the only composing and notation applications that let you create and edit with, and exchange files between, Mac, Windows, and iPad. 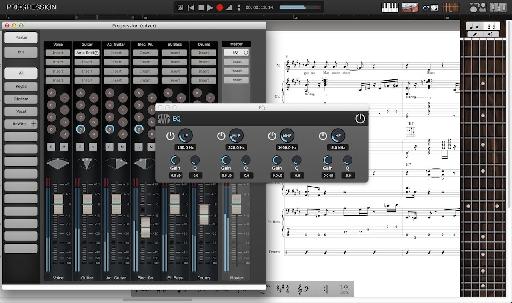 This is the first update since Progression joined the PreSonus family, and it shows. The user interface has been redesigned to more resemble Studio One and other PreSonus software, and Progression 3 adds PreSonus Native Effectsâ„¢ Limiter, Compressor, and EQ plug-ins. 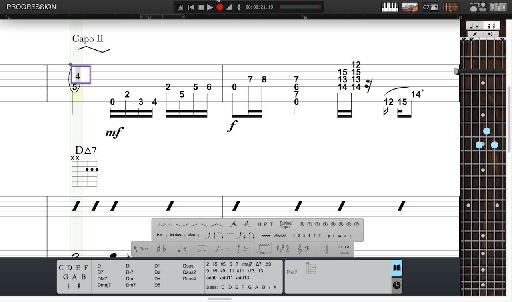 Notation improvements make Progression even faster and easier to use, including an enharmonic spelling tool, cross-staff notation, layout improvements, and a new international shortcut sets. You also get an enhanced chord library with more library chords, user-created chords, and recent-chord recall. The new Capo feature will be especially welcome for guitarists.

While adding these new features and many more, Progression continues to deliver a fast and intuitive workflow, featuring drag-and-drop functionality and an interactive fretboard. Easily create guitar, bass, and drum tab; lead sheets; and standard sheet music. The program is well known for playback with high-quality guitar samples performed by Neil Zaza, bass samples by Victor Wooten, and drums by Roy "Futureman" Wooten, all recorded at top studios. It also offers a fine Steinway piano, electric piano, and Clavinet.

Progression 3 is available in English (U.S. and UK), French, German, Japanese, and Spanish (Latin American) at an expected MAP/street price of $49. For more information, visit:

Dream It. Do It.
Do you want to learn Mixing and Mastering Toolbox?
Yes, I want to learn!
No Thanks, I just want to read the article.
Feedback
How are we doing?
We'd love your thoughts, feedback and questions regarding our new site. All feedback is appreciated!
We do not respond to this form! If you need support, please visit our support page.
Thank you for your input!
Your message has been successfully sent
Course Advisor
Don't Know Where To Start?
Ask A Course Advisor