All Articles Mixing & Mastering
Production Tips: How & Why to Set Up a Noise Gate
Matt Vanacoro on Tue, December 5th 0 comments
Gating properly can save your recording sessions and also make editing and mixing easier. Matt Vanacoro shows you how it works with a hands-on example.

A noise gate can be the difference between a take that ends up ‘on the cutting room floor’ (deleted, for you young folks) or in the final mix. Improperly grounded guitars, HVAC noise in your home studio, environmental noise, vintage synths and many other sound sources can greatly benefit from a noise gate. A properly set up noise gate can even be used in a musical fashion to give you greater separation in your drum tracks, or side chained (although that’s a more advanced topic for another day) to give your bass line some punch! Here’s a beginner’s guide to setting up a noise gate if you haven’t done it before. There are a few audio examples here, you’ll definitely want to listen on studio headphones or monitors to really pick up the nuances. 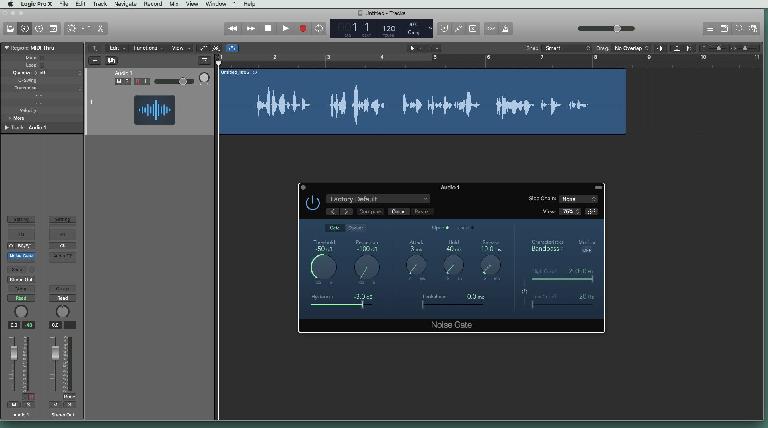 Most modern DAWs will include a noise gating plugin located in their ‘dynamics’ or ‘noise’ category. Some compressors or channel strips will have it built in as well. Load up your noise gate of choice and instantiate it on the problem track. As you can hear in this example, I’ve got some fan noise in the background of this voice over take. 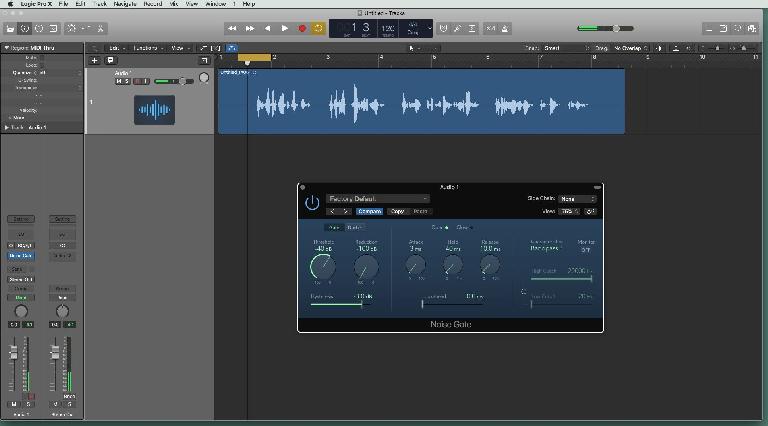 Think of the threshold as the point in which the gate ‘kicks in’. You want to allow sound OVER a certain volume (the threshold) to pass through, but you want to deny sound UNDER a certain volume from passing through. In this case, I want the background sound to disappear, but I’d like the sound of me speaking into the microphone to pass through just fine. This won’t fix the more complex issue of the fan being on while I am speaking into the mic, but for the most part, when I’m speaking I’m louder than the fan, so that will take care of itself in this case.

When I’m setting the threshold, I often find it useful to enable loop or cycle on a small part of the audio. I’ll find the minimum volume that cuts off the fan noise but allows my speaking voice to come through. After I’ve done that coarse adjustment, I’ll turn off cycle and play the entire track. That’s where I’ll hear if certain words, consonants or spikes might get through the gate or might get canceled out by the gate and adjust accordingly. In this example, I wound up settling around -38dB and getting a pretty satisfactory result. 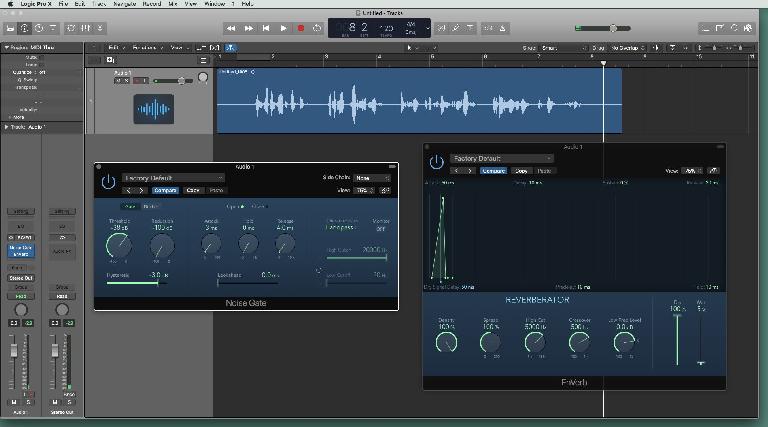 Many noise gates will allow you to adjust the attack (how quickly the gate engages) or the releasee (how quickly the gate re-activates). This can allow for quiet ends of words or subtle musical notes to have their audio ‘tail’. In this case, since the gate is pretty tight around my speaking, I wanted to add a little ambience back in, since the natural reverberation of my studio was clipped so tightly away. Using a short reverb with only a teensy bit of ‘wet’ mixed in can re-create the ‘tails’ of your audio and cover up any times the gate might have been unavoidably a bit too aggressive.

Gating properly is an art, and you’ll get better at it each time you do it. Controlling noise is a lot different from controlling mic bleed or other musical reasons you might want to gate. Experiment with your chosen noise gate on a variety of sources to get used to it and become comfortable!