All Articles Audio Software
Programming Drums 1: Recording Fills in your Rock Patterns
G.W. Childs IV on Sun, March 27th 0 comments
Language
With current drum plug-ins, sample-based MIDI instruments and virtual studios, it's very, very easy to emulate having a real drummer. This is especially cool when you're the lone guy with a laptop. Re

With current drum plug-ins, sample-based MIDI instruments and virtual studios, it's very, very easy to emulate having a real drummer. This is especially cool when you're the lone guy with a laptop. Recorded loops make it even easier, because they are actual performances, in most cases, of actual drummers.

However, there is one thing that gives away laptop made performances quicker than anything: A continuous repetition of one beat throughout a song with no fills, or change-ups.

There are a few more things too that will give you away, but for this exercise, let's just talk about 'Fills' in particular.

Listen to any old Pop, Rock, RNB, or Country track. Right before the chorus starts listen to the drums. Immediately before the first part of the chorus starts, you'll notice an extra couple of snare hits, with a possible tom, or crash. This would be known as a fill. You'll also hear them periodically in the middle of a verse, and other places.
Their main purpose is to break up parts of a song and create definition between parts. We're already geared to subconsciously await a new part, or change when we hear one from years of contemporary music... and... so is your audience. Having fills within your song creates a feeling of familiarity and polish, and no drummer worth his grain in salt will ever not include a fill, unless they are directed not to. Why would anyone want that anyway?!

For this exercise, I'm going to use Reason, but this will work for any music application. In my opinion, it's more fun to actually record your fills in to a song after all the main parts are laid down as one of the final layers of polish before mixing. However, I cannot write down how to record them with ease, so I'm just going to show you how to draw them in.

Create a sequenced drum beat for one measure. I've used Reason to create mine. I've set it up for about 100 BPM. My Snap is set to 1/16. This makes life easy when I draw in parts with my pencil because I know they will always be in time. Snap is basically like having a stencil for when you're painting. It just makes sure what you draw stays within a set parameter. Logic Pro has a snap function, called 'Snap' as well. Pro Tools has it, Cubase too. It's all out there. 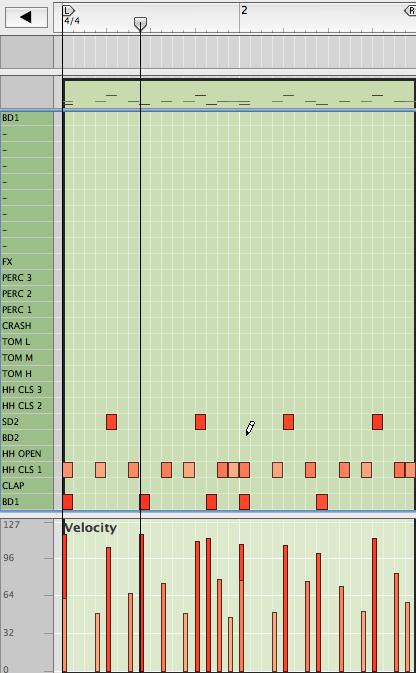 Once I've gotten my drum pattern where I like it, I'll simply copy my one measure of drums over to a second measure. After all, you can't have one measure of drums throughout a song, right? In Reason, and most audio applications, you can hold down the Command button, and then drag the region over. This will create an instant duplicate. 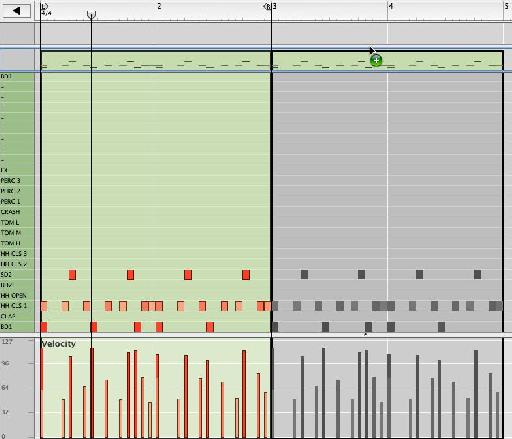 You can sprinkle these notes, or fills throughout your song to break up monotonous drums, and bring definition to your song. I generally like to place them at the end of every 4 measures, simply because I have a very small attention span. I would encourage you to make several variations of your fills though. When you have one generic one being used all over the place, it makes things a little boring again.

Also, right before a major song change, like introducing a chorus, couple your snare fill with a crash, this will make things much more dynamic. 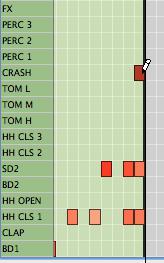 By incorporating fills in your music, you can ensure that you have a much more fluid, and polished song. Also, make sure when listening to music to focus on drum fills in to give you new ideas!