All Articles Logic Pro
Put Your Logic Pro X Workflow on Steroids
Jay Asher on Mon, January 22nd 4 comments
Logic Pro X has so many timesaving tricks and shortcuts if you know where to look for them. Here, Jay Asher shares some of his personal favorites for speeding up your workflow.

Every once in a while someone will alert me to a YouTube video and say, “Hey Jay, check out Famous Producer X working with Famous Artist X in Logic Pro.” Almost invariably, I want to smash the computer screen because while they may be really talented, their workflow is so inefficient!

Here are some tips to prevent this from happening to you.

My motto is pretty much “Never do with mouse dragging with what you can do with a keystroke.”

Here is an example. Let us say I want to do some offline automation on a region. I need some Control Points and clicking them in with a mouse is not a fast or efficient way to do it. So I open my key commands and search for “automation.” 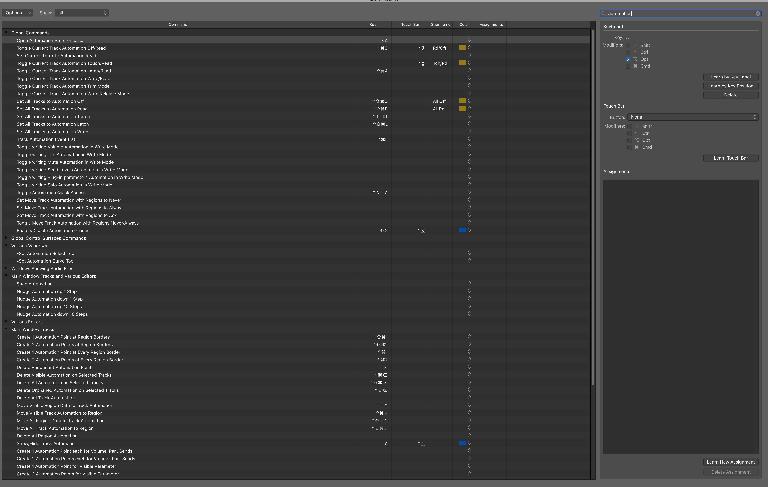 Well, look at this.

I press Command-A to select them all and then Control-Command 2 and now I have a big head start. 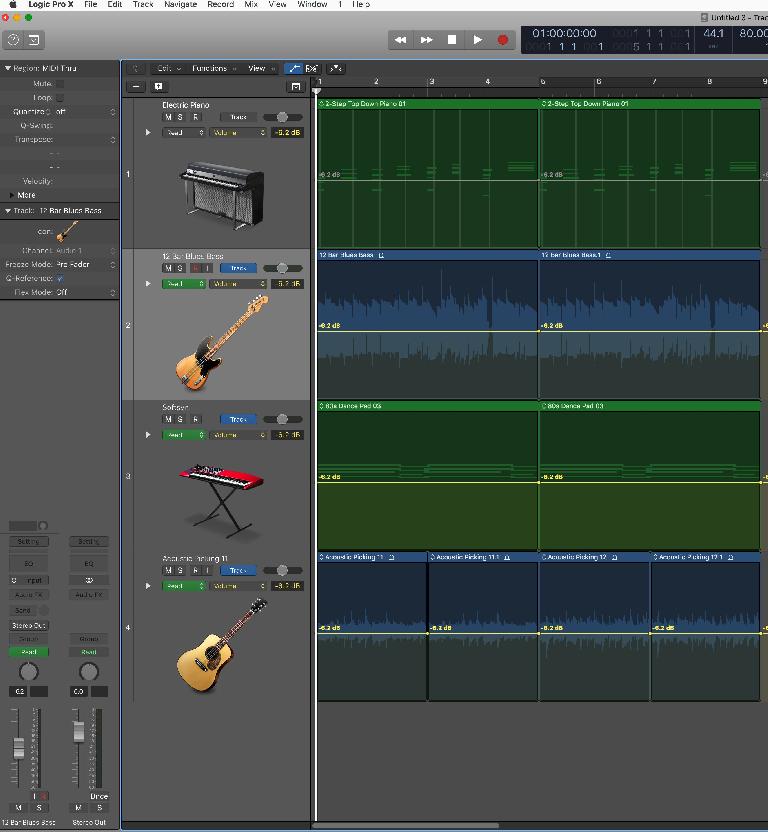 Most Logic users live totally in the Piano Roll Editor and if you are visually oriented, you can - but if you really want to control your MIDI data, use it in tandem with the Event List, which is the only MIDI editor that allows you to quickly see MIDI events down to the tick and quickly filter in and out certain kinds. 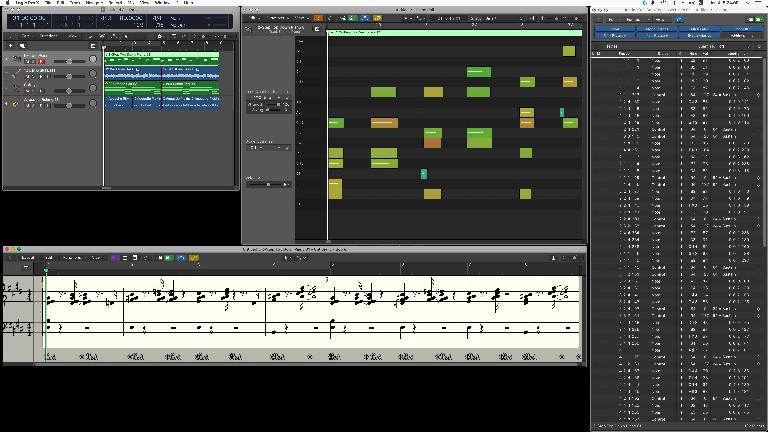 Multiple Mixer views? Why not. This is especially true if you use a laptop. It is my opinion that if you are a DAW user and you have been a very bad person, you spend eternity trying to create computer-based music on just a laptop screen.

Monitors, even decent good sized ones, are cheap. Screen real estate is a big deal. I added a 32” Ultra HD 4 K TV for a little over $300 to my 27’ iMac and it has made a world of difference in what I can see at one time.

This is of course the tool your primary (left-click) tool (the Pointer by default) changes to when you hold down the Command key. The Piano Roll defaults to the Pencil Tool, but I much more often want it to be the Velocity tool, so I change it to that. 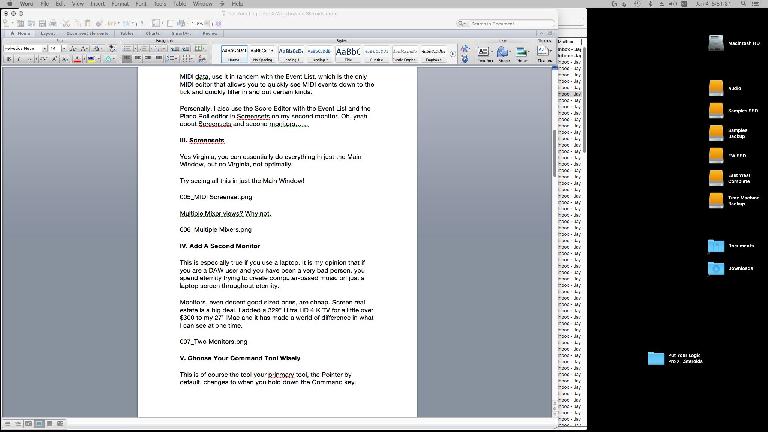 In the Score Editor, it also defaults to the Pencil tool but I find the Layout tool far more helpful for score prep. 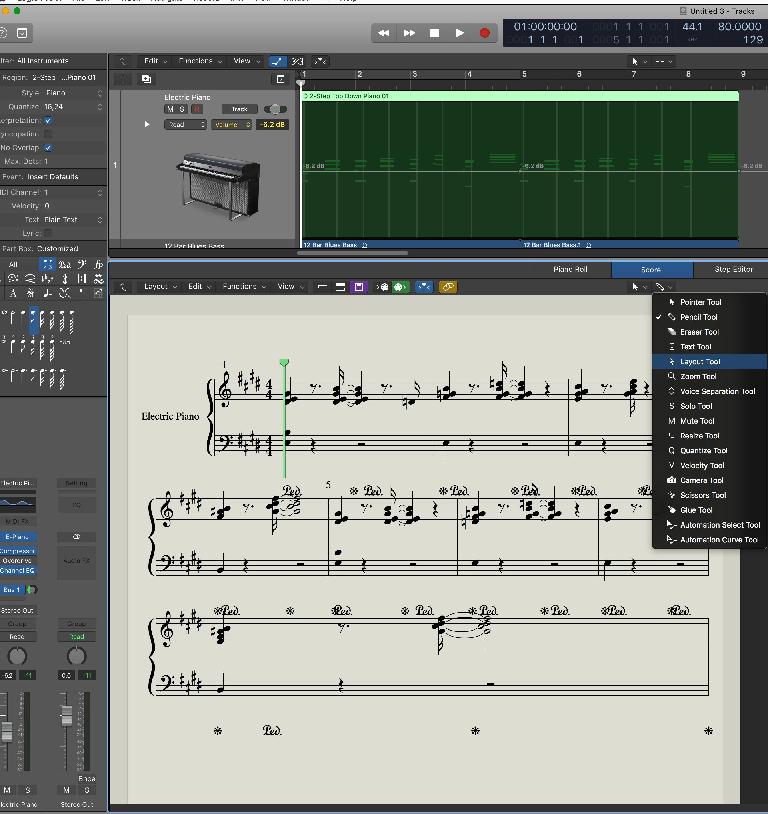 Remember to lock your Screensets after you change them however or they may not be remembered.

6. Learn To Navigate Your Project Efficiently

Dragging the Playhead around or clicking in the bar ruler will get the job done but it is imprecise and tedious. Ditto for me at least the Control Bar’s tape recorder-like transport buttons. Logic Pro X gives you many better ways.

1. Create markers and use the key commands to go to next marker, previous marker, or a specific marker by number. The beauty of this additionally is if you create them in your templates, they can easily be moved around, renamed and resized. Give them different colors to make them pop. 2. The Go To Position key command, my personal favorite. Simply press the forward slash next to the right shift key, type in the position number in either bars, beats, etc. or SMPTE time and the Playhead advances. It remembers your last entry too.

3. And of course, key commands. Some are already assigned, while others are waiting for you to assign them.

7. Use The Marquee Tool For The Many Things It Can Do

The Marquee tool is incredibly versatile. That is why it defaults to the Command-click tool in the Main Window and yet a lot of people barely scratch the surface with it.

Amongst other things you can:

Open the Event Float when you do not have room for a full Event List in tandem with the Piano Roll or Score editors to see a MIDI event at the tick level.

Use the key command for Move Region/Event to Playhead Position. (This used to be named Pickup Clock.) It defaults to the semi-colon.

Copy and paste channel strip settings in the mixer with key commands. Here you see the defaults. I could go on forever. The point is that many, perhaps most, users simply drag their mouse all around their monitors and are wasting time, effort, and possibly risking carpal tunnel syndrome instead of getting under the hood and trying to find more efficient ways to work. Who knows, you may find some I have not yet thought of. 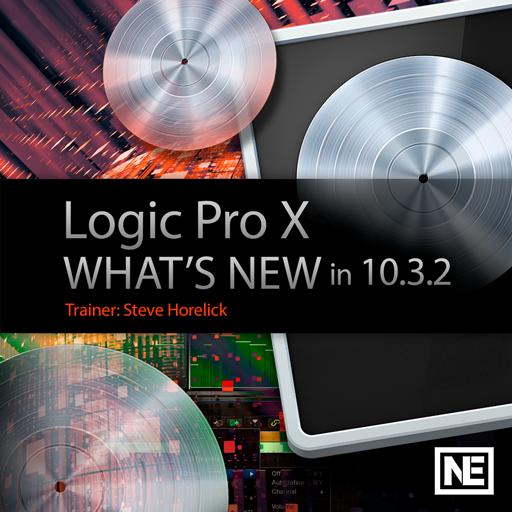