All Articles Audio Software
Remote Controlling Omnisphere from an iPad '" Part 2: The Orb
Hollin Jones on Wed, October 19th 0 comments
Language
There was a time when the jury was out on whether the iPad could be a useful tool for musicians. Then Spectrasonics released Omni TR for iPad. Join Hollin Jones in Part 2 as he delves deeper.

In part 1 of this Omnisphere mini-series we had a look at the fundamentals of how Spectrasonics' Omni TR app lets you remote control Omnisphere on your Mac from your iPad. This time we're going to see how the amazing Orb controller can help you take things to the next level. The app provides access to the Orb running inside Omnisphere itself so once again you don't generate sound from the iPad app itself, you control the sounds being generated on your Mac.

You'll need Omnisphere loaded and running on your Mac, and to have connected to it from the iPad app as last time. In the Browser window, switch Omnisphere to Live mode. This will let you switch between patches. If you leave it in Multitimbral mode, every patch in each layer will sound at the same time when you press a MIDI key. Sometimes you want this, sometimes you don't. 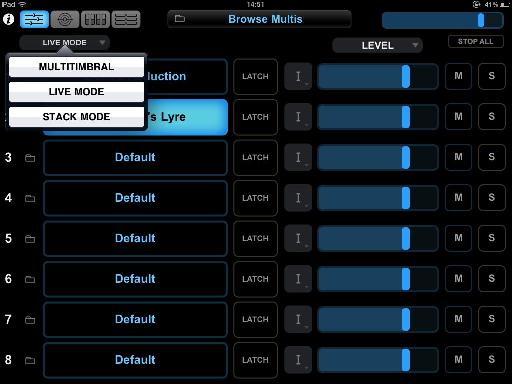 Go to the Patch Load section and try loading a couple of presets into some parts. Here we have loaded a Multi with several parts, activated Live mode and set the levels of the parts. Remember you'll have to trigger Omnisphere from a keyboard or using a recorded MIDI part to generate sound. 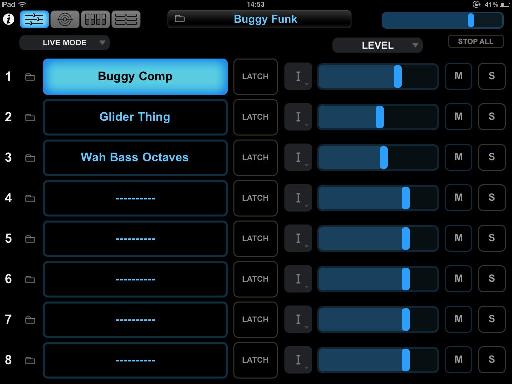 Go into Orb view by pressing the button that looks like a target at the top left of the screen and choose slot 1. Drag the white marker around the orb with your finger to change the character of the sound. You should find that this makes some pretty amazing changes '" exactly what happens will depend on the patch you load. 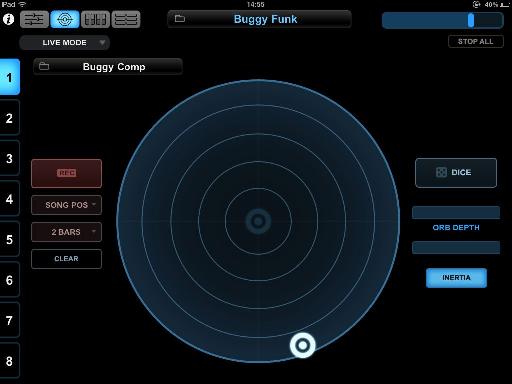 Select another part and try the same. You can have different Orb movements going on for any of the eight parts in a Multi. In order to be able to play a part you will need to go to the part selection screens which are either the first or fourth of the buttons at the top left. Click on a part name to choose it. 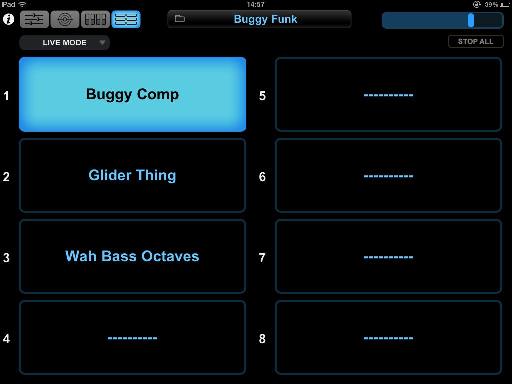 The Orb works with Radius and Angle controls, with the angle defining which set of parameters is modified and the radius, the intensity of those modifications. The closer you move the spot to the edge of the circle, the more extreme the sound shaping changes will become. Use the Depth slider to alter the amount of change overall, and the Clear button to reset the Orb. 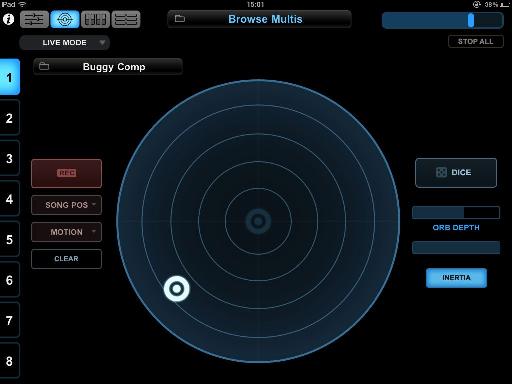 Using the buttons on the left you can record movements in the Orb. Tap 'Record' and trace a movement with your finger. The app will replicate it after you lift your finger from the screen. You can choose whether this recording affetcs song position or legato, and also set the length in bars that it is recorded for. If you want to try something completely random, hit the Dice button and the app will change lots of settings at once for you. This is really useful because it creates a new group of modifications to your patch, and the changes it makes are intelligent and context sensitive.

If you are feeling adventurous, you are even able to set up your own Orb routings in Omnisphere's mod matrix to make things even more flexible! The Orb is integrated to Omnisphere's Flex-Modâ„¢ system, so in Omnisphere, by right-clicking on the parameter to be modulated, you will see that the available modulation sources will appear under the "Modulate", "All Mod Sources" submenu. By selecting "Orb," the Orb will be automatically routed to whichever target parameter you choose. 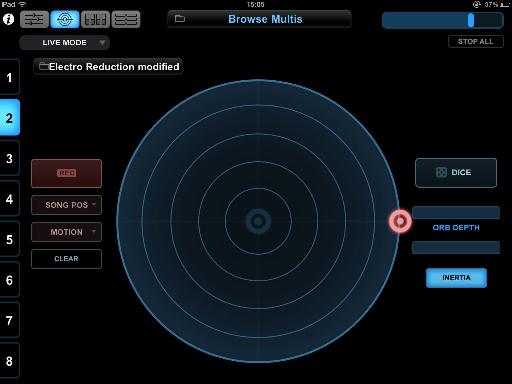 Orb settings are stored with a patch so once you have set everything up, or if you have recorded a great sounding automation loop, it can be accessed and played next time you load the patch. These controls are mostly also accessible from the software instrument itself. The Orb is a great way to creatively change your sounds remotely. 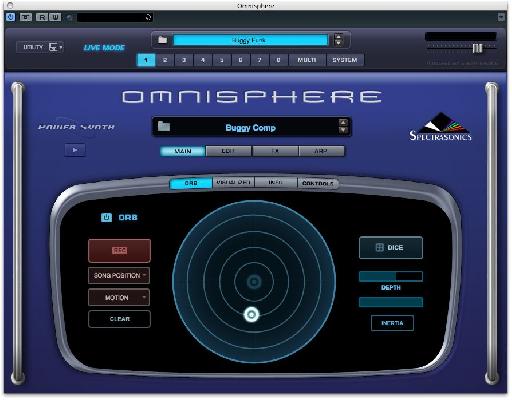 To get even more creative you can explore the Orb Depth and Inertia settings. The higher the Orb Depth slider is set, the more of an effect the Orb will have in changing the patch and its parameters. This is a great way to control the depth of its changes. Inertia is another expressive tool and when activated, adds a new element to your live performances. Inertia makes it possible to let go of the cursor in any direction and instead of stopping, as it does with Inertia disabled, it will continue to move, '˜bouncing' around and making changes.

Again there is an amount slider available to set how much inertia is applied. This controls the speed and duration of the cursor's movement after it is set in motion and let go. The higher the Inertia Amount slider, the faster and longer the cursor will bounce around the Orb. When turned all the way up, the cursor will continue to move until you physically stop it. With Inertia switched on you can have the Orb continue to create new, exciting and interesting variations for you based on the direction in which you 'throw' the cursor. With Inertia disabled, you are able to jump from one position to another, for more sudden changes. 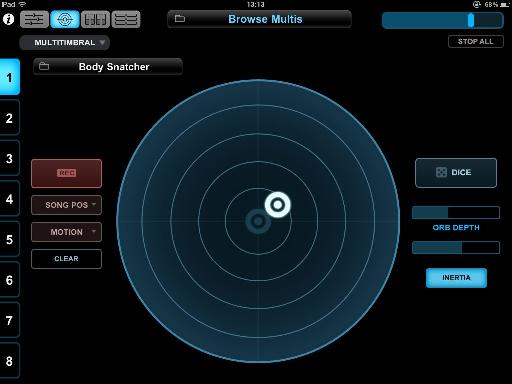 Combined with the ability to route the Orb flexibly in Omnishpere's modulation matrix, the Inertia and depth controls open up new levels of creativity, with minimal input from the user able to create advanced and interesting variations to the sound.