8Dio's Claire Woodwind series aims to provide an expressive set of solo woodwind instruments for Kontakt (full version). As of writing there are three available. Flute, Clarinet and Bassoon. Files are supplied via the 8Dio downloader app and weigh in at around 5 GB each. Once installed the libraries are located via the '˜Files' tab in Kontakt. 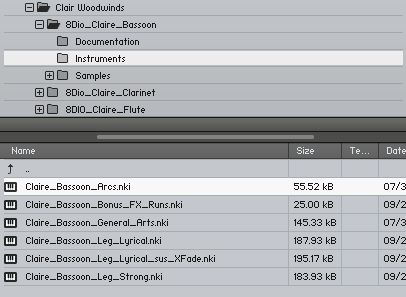 Each come with around 5 to 6 different .nki instruments that feature various sets of articulations and playing styles. You'll find various dedicated Legato instruments as well as Arcs (dynamic arcs or swells), General Arts (poly Longs and Shorts) and FX and Runs.

All three libraries are structured and set out in a similar way providing more or less the same set of articulations and functionality.

The Legato instruments provide control over dynamics (crossfading), expression (volume) and Legato Speed and volume (of the transition). There are also controls on all instruments to load and balance the three supplied Microphone positions (Close, Decca Tree and Wide). 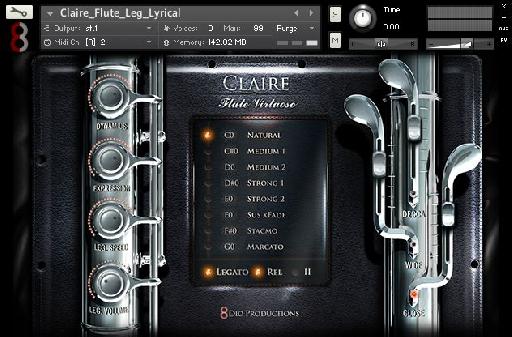 The Legato instruments are based on key-switching between different intensities in dynamics and vibrato allowing for some pretty expressive results. The Flute library is particularly nice though all perform admirably when used in a solo melodic context. The Legato is smooth and pretty seamless when key-switching. There is also a second player function that colors the sound for a variation in tone when layering patches.

General Arts feature Shorts, Sustains and Trills and are all polyphonic. 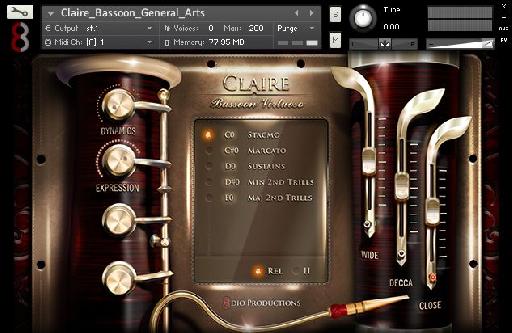 The Arc provide swells in varying degrees of intensity from p to ff. These patches are polyphonic allowing you to create some nice realistic chordal swells. 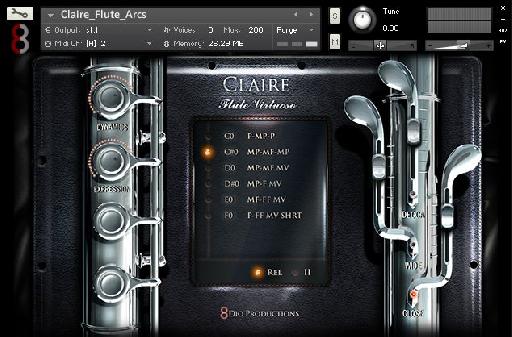 The FX Runs patches contain both one and two octave major and minor runs up and down. These can be sped up or slowed down using the pitch wheel to fit your tempo which is nice. A range of one octave is supplied separated on the keyboard into up and down articulations. There are also some breaths and key clicks. 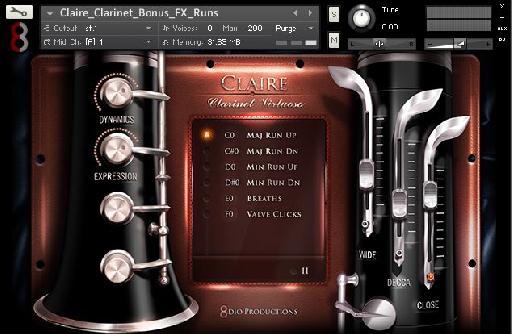 On the whole, all the instruments are very nice to play and sound very realistic with a bit of work i.e. key-switching. My favorites are the Flute and Bassoon. There are some issues with the mod wheel dynamic control as it runs parallel with velocity (to volume) which can be a bit counterproductive (unless you use a fixed input velocity). Maybe they need to dump velocity control and just use mod wheel.

My only '˜real' niggle with all the instruments is note length. While I'm aware that humans can't produce infinite notes (as they have to breathe), a lot of the note lengths are a bit stingy. I found coming out of a legato passage the last note was always incredibly short and actually needed a re-trigger, even then it still wasn't quite long enough for most things I tried to play. Especially on slow passages. This is the same with the Arcs and Sustain patches. Maybe 8Dio were deliberately trying to avoid any looping (work) in the samples. Either way I found this a bit annoying at times.

Niggles aside, for melodic work these instruments will add a sense of expression to your lines.