Who needs a little dub in their lives? That's right: you, me, and everyone you know. Addressing this global concern, Ableton's brought the talents of Surreal Machines on board to create a pair of stylish and versatile delay effects based primarily on classic analog and tape echo units from the 1970s and built with Max for Live. If you're looking for the immortal sounds of Jamaican dub or raw and spacious atmospherics, this pair of Dub Machines is designed to do the trick.

Magnetic in action, with Character editing area revealed at right.

Modelled after iconic hardware analog delay units of dub's golden era, the Mode Selector at the heart of Magnetic gives away its primary influence. Comprised of three tape heads with discrete timings and a built-in reverb unit, the mode selector allows you to choose from each of the three tape heads, a combination of the second and third tape heads, seven combinations of tape heads and the reverb unit, or just the reverb on its own. Experimenting with the different modes on offer quickly reveals the versatility of this faithfully programmed delay unit and the classic sound it was designed to emulate.

To the left of the Mode Selector, we have Bass and Treble controls alongside Reverb and Echo dials to blend the amount of each in our resulting wet signal; an Intensity dial which corresponds to the feedback amount'"with the ability to saturate up to 130% for serious dub noise blowouts'"and a Repeat control that determines the timing of the first tape head, in milliseconds.

Directly beneath the Repeat dial are two nudge buttons, allowing you to adjust the delay time in host-tempo-synced 32nd note increments, reflected accurately in the millisecond measurement above; this allows for a wide range of synchronized delay timings, and the transitions between stepped time increments are always smooth, in that old-fashioned pitched gliding analog style. The Wow slider controls the amount of flutter, or pitch modulation on the feedback signal, while the Width and Noise amount and Hold button function as expected. The triangle to the right of the hold button can be clicked to reverse the playback of our delays for an easy reverse echo effect.

Finally, clicking the reveal arrow on the upper right of the device allows you to select from four different echo unit models: Lo-Fi, 201, Old, and Dark'"along with a damping control applied to the repeats. Beneath this you can choose from Spring, Plate, Hall or FX reverb types, each with their own sub-categories in a second menu, and routable with the delay, after the delay, or before the delay signal. The Processing parameter generated a more noticeable spike in CPU usage than audio quality, but whatever other combination I chose, the results were impressive indeed.

With a slightly simpler interface and a rather more ambiguous objective, Diffuse is a powerful sound design tool for warpy delays, pitchy reverbs, and everything in between.'¨'¨On the far left, we have an incoming Send amount, beneath which lies a menu where we can select from a number of modes that determine the stereo behavior of the effected signal: Ping Pong, Outward, Wonky, Distant, Circle 1, 2 and 3, Gallop, and Phasor. The Rectify control introduces a significant amount of noise and excitation, while the Width and Hold perform as expected.

In the central device area, the Repeat controls the repetition time, with nudge arrows beneath to adjust in the same host tempo-synced 32nd note intervals as Magnetic; Regen corresponds to feedback, with a full 150%. Diffuse transforms the signal to resonant, hanging reverberant tones, while the Size has a noticeable impact on the pitch and timbre that interacts with the Repeat amount as well.

In the output section, the Spread and Modulation amount in addition to High and Low EQs give added control of the sound, while the Pump control is a built-in compression boost for the wet signal. There's also the option to run it in Mono, presumably for processor optimization purposes. Either way, the wide range of dubby textures and expansive spatial effects is sure to please.

Building on the classic sound of old school tape and analog delays, there's no shortage of vintage character to go along with wide-ranging sound design possibilities in both of the included devices. At such an affordable price, there's no question these ought to be the go-to tools for any Max for Live users seeking authentic Dub effects that go above and beyond the norm. 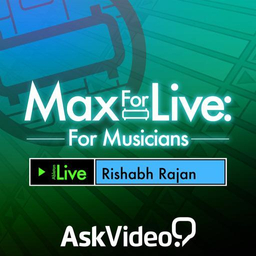