All Articles Review
Review: Avid Complete Plug-in Bundle for Pro Tools
Joe Albano on Wed, January 16th 0 comments
Avid has bundled almost all its virtual instruments and effects into Pro Tools Ultimate, and other Pro Tools users can get it fairly affordably too. But should you take the plunge?

Over the years Pro Tools has continued to grow and improve bit by bit, adding new features and capabilities. But for a long time, the collection of plug-ins that came with Pro Tools had remained the same. Then last year Avid introduced a major step up in that regard—the Avid Complete Plug-in Bundle. This is a comprehensive add-on collection of virtually all of the high-end plug-ins that Avid used to sell separately (at considerable cost). The Bundle fills in several major gaps in the basic included plug-in set, and includes just about every type of processor you might need for recording, mixing, and mastering.

Most of these plug-ins had been sold for hundreds of dollars, but the Avid Complete Bundle lowers the cost dramatically. In fact, if you own Pro Tools Ultimate, the entire collection is included for free; users of regular Pro Tools have to purchase it as a yearly subscription, for $50/year. Considering the previous cost of assembling this collection of processors. that’s a deal that’s too good to pass up, even if you already have a bunch of third-party tools, and for those new to (regular) Pro Tools, it’s a must-have option. 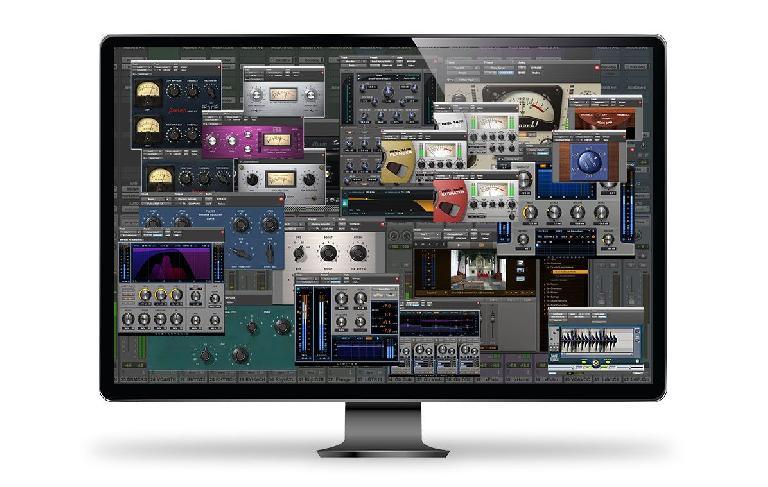 So what does the Bundle add to the decent set of effects that have always been included with Pro Tools? Quite a lot! There is a little overlap with the included effects—the AIR effects, the instruments and the stompbox effects that previously came with a yearly Pro Tools Support subscription (which, by the way, is now rolled into the annual upgrade subscription, for a $100 saving)—but everything else is new, and many of the processors are more advanced versions of the included tools. Let’s take a brief look at what this Bundle has on tap.

Avid breaks down the Bundle into five categories: Dynamics & EQ, Effects, Filters, & Emulators, Reverb & Delay, Stompbox effects, and Virtual Instruments. As I noted above, there is some overlap with the standard included plug-ins—the Virtual Instruments and Stompboxes here are same ones normally included with Pro Tools, but not Pro Tools First, so users of that beginner’s version would gain something from their inclusion.

In the Effects and Reverb categories, the AIR effects there are likewise already included with Pro Tools, but there are also several additional effects in each category that add that add significant features not otherwise available with the basic install; the Dynamics & EQ category is made up entirely of high-end plug-ins that were always sold separately, and between those three categories you’ll get most of the real value of the Bundle.

The Dynamics & EQ group includes a number of vintage compressors and EQs, and a series of “Pro” dynamics plug-ins that add more sophisticated capabilities, especially for mastering.

The “Pro” series consists of the Pro Expander, Pro Compressor, Pro Multiband, and Pro Limiter—each of these offers more than the included dynamics plug-ins. 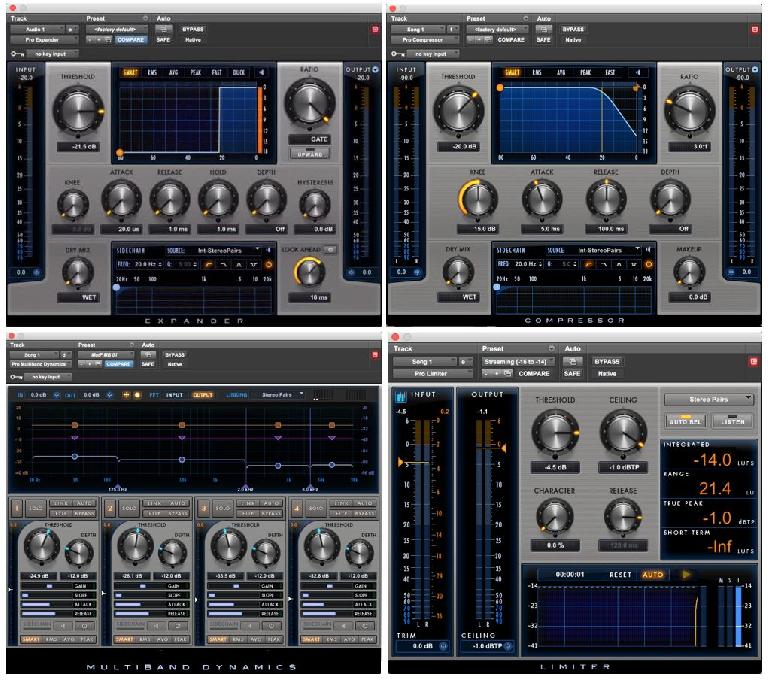 Pro Expander includes advanced controls like a Hysteresis control, which can help in setting a usable gating threshold on difficult “chattering” signals, and a number of detection options. Pro Compressor also includes those detections options, including an automatic “Smart”mode, along with a Depth knob for exerting more control over maximum gain reduction. Pro Tools had always lacked a multiband compressor, but Pro Multiband remedies that—it includes the same advanced features as Pro Compressor in each of its four bands, plus per-band Link, Solo, and Bypass buttons, and a very useful display.

Pro Multiband is especially good for mastering applications, an area where processing had been somewhat lacking. Finally, Pro Limiter provides a major improvement for mastering, including full controls and even an option for clean or “character” processing. The biggest addition here is the inclusion of comprehensive metering, including the option for LUFS and True Peak readings, a necessary capability nowadays for anyone preparing audio for broadcast or streaming. All together, the Pro Dynamics plug-ins offer a major bump up from the basic tools.

The included Classic Compressors Bundle is made up of all of the Bomb Factory vintage compressors, which emulate everything from the (included) 1176, to the Purple Audio MC77, Urei LA-2A & LA-3A, and Fairchild 660 & 670, which even includes an MS option—a feature otherwise still not included in basic Pro Tools. More modern-style compression can be had from the Focusrite D3 emulation of the classic Focusrite Red compressor, and more generic analog-style compression can be had with Smack. While it’s not labelled by name, Impact is clearly inspired by the SSL Master Bass compressor—a.k.a. “The Glue”—a favored compressor for stereo bus applications. 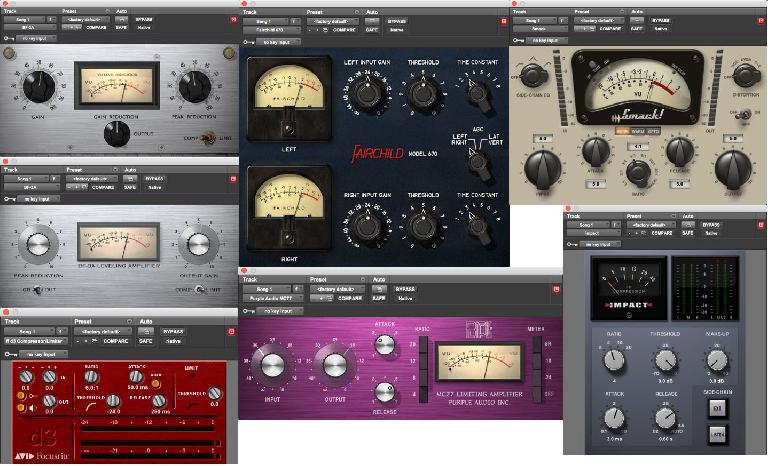 On the EQ side there are also vintage emulations. The Pultec Bundle offers the tube warmth and smooth response of the EQP-1A, MEQ-5, and EQH-2, and the D2 is a model of the Focusrite Red 2 analog EQ. 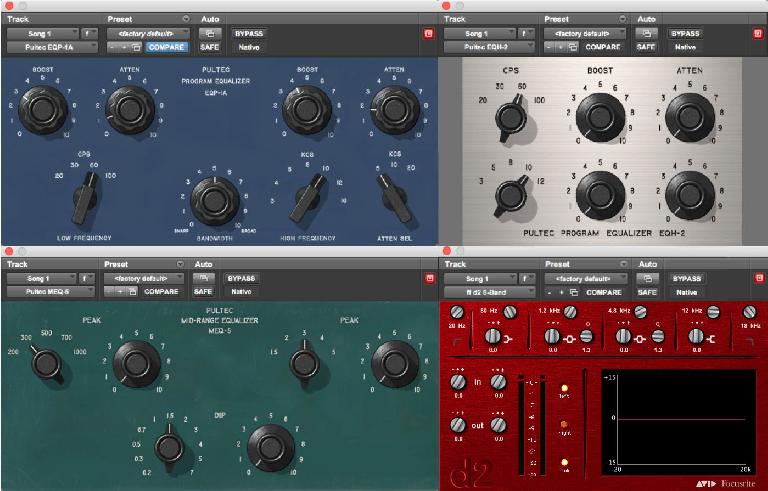 Besides the already-included AIR effects, this category includes a number of new processors.

The main addition is Space, Avid’s convolution reverb—another tool long-missing from the basic plug-in collection. Space is a full-featured design, with plenty of ways to further shape the sound of the IRs. It comes with a decent collection of them, and of course additional IRs of both real rooms and effects are available for download from Avid and many other sources. To cover all the bases, you also get the algorithmic Reverb One and the modeling ReVibe II plug-ins, both of which go well beyond Pro Tools’ standard D-Verb when it comes to user control of reverb sounds. The simple Studio Reverb rounds out the reverb offerings, and a model of the classic Tel-Ray delay unit provides vintage-flavored delay/echo effects.

Once again, this category includes more AIR effects, but there’s also a grab bag of additional effects, each of which brings something entirely new to the party.

While a “lite’ version of Eleven has long been included with Pro Tools, Eleven MkII is the full version of this high-end amp simulator, with additional amps and cabinets. The Voice Spin plug-in offers an improved version of the familiar Leslie speaker emulation. Pro Subharmonic—another “Pro”-series plug-in—provides comprehensive options for beefing up the low end, including high-quality octave sub-bass. Sound Replacer is a simple drum replacement tool, that can set up to three samples per drum, for better dynamic response.

To add to the collection of compressors and EQs that offer analog warmth, Reel Tape Suite emulates the soft saturation of signals being recorded hot on analog tape, with tape speed, noise, and bias controls for fine-tuning the subtle effect. The Suite also includes emulations of vintage tape-based flanging and delay effects as well.

Finally, the Moogerfooger Bundle consists of four effects modeled on the well-regarded Moogerfooger series of analog effect pedals. These include a Ring Modulator, Analog Delay, and 12-Stage Phaser, which emulate Moog’s take on these classic FX, and the classic Moog 4-pole Lowpass Filter, a staple of the vintage “Moog sound”, perfect for punching up bass and synth sounds, among other sources.

From the Pro Dynamics plug-ins, which bring their high-end capabilities to advanced mixing and mastering applications to the analog warmth of the vintage compressors and EQs, to the lush reverb sounds from the trio of convolution, algorithmic, and modeling reverbs, to the wide range of special effects like amp and tape simulation and classic FX, the Avid Complete Plug-in Bundle is a long-overdue but very welcome addition to Pro Tools, and regular Pro Tools users can’t go wrong shelling out 50 bucks a year for such a comprehensive collection of production tools.

Learn Pro Tools inside out: https://ask.audio/academy?nleloc=category/audio/application/protools 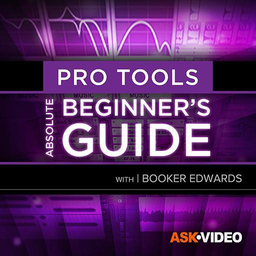