From the earliest inclusion of sound in motion pictures, artists and especially Foley artists have striven to find more physical ways of populating the empty sonic hallways of moving cinema. Krotos has just released a plug-in known as Reformer Pro that definitely allows you to become more active and involved in how your sound library is triggered through realtime audio input. In this review, I’d like to show you this amazing way of interacting with sound, and together discover whether Reformer might reform the way you’re working laying down sound.

If you’ve ever worked with Dehumanizer, you already know that Krotos knows creepy as well as convincing. Reformer isn’t any different. In fact, once I got going with it, I was astounded at how easy it is to create some really impressive foley, just making the same kinds of mouth sounds kids make when playing around. This only works, however, because Reformer essentially modulates the sounds that you assign from your library in many crazy and unexpected ways. 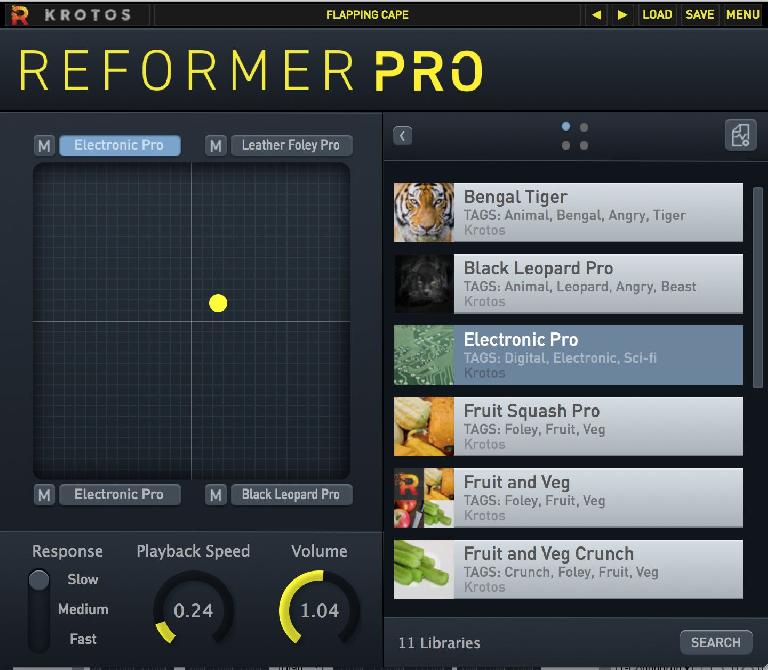 Where things get interesting is when you begin looking at the contents of the libraries that come with Reformer. Included libraries like the Black Panther library which when triggered randomly produces random actual recorded takes of a real panther. You can layer this library 4 times over. Or, you can blend it between 3 other libraries off of an X/Y grid.

Bring In The Mic

Or you can just set it up as an insert. Regardless of how you pipe audio into Reformer Pro, what comes out is going to sound much different than what went in. Taking a cue from the demonstration videos, I wanted to be able to trigger growls and movement by speaking or making sounds in to a mic. And I have to say, this is where some serious magic occurs. At least, through Ableton, my experience was amazing. Once I got the mic dialed in, panthers, leather materials, synth sounds and more were extremely responsive yet never predictable. 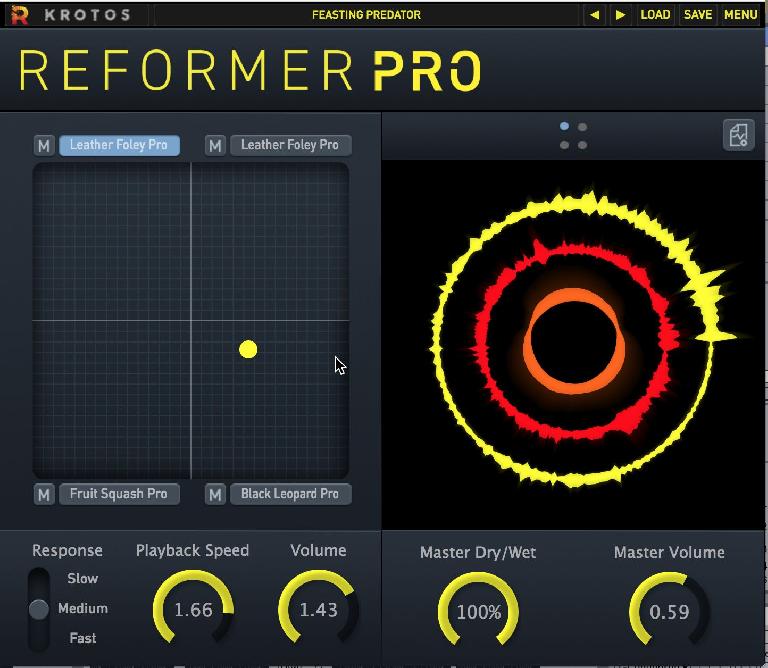 In a rare and candid example of myself at my most vulnerable, I’ve disclosed my dry mouth sounds. Here's before:

Now, here’s what Reformer did with it when I blended synths, leather sounds and a black panther:

It’s astonishing, at least to me, how many fragments and pieces appear within the sonic image, lightly hinting at certain points, and then at times becoming quite blatant.

Where things got really interesting is when I started dropping beats through Reformer Pro. Suddenly I was greeted with a new audio friend that adds a lot of interesting fragments around transients. A plug-in that I can use to bring additional texture. Perfect for glitchy, surreal beats but really nice for additional bits of polish and texture.

And here’s the loop, backed by Reformer Pro:

No pun intended, Reformer Pro is a new and interesting animal for film work, video games, music and even beat making. It creates amazing hybrids out of sounds you can purchase. Or, you can utilize the included Analysis Tool to go through existing libraries of your own and make them available in Reformer Pro. However you decide to use it, I would highly suggest checking out a demo. Especially if you’re doing post-production for film, television, or video games. And also if you’re doing electronic music. You never really know exactly what you’re going to get. But it’s always something cool.

Reformer Pro Annual Subscription Cost: $199, comes with 3.8GB of sounds to get you started. All libraries included are apparently unlocked within the 3.8GB bundle.

Pros: A powerful, sound driven plug-in for triggering and layering multiple audio effects in random and incredible ways. Sounds awesome, and adds a lot of freedom to imagine in Foley work.

Cons: Sound libraries may be a little expensive for some. Could use more content for basic purchase.