If you're looking for an all in one solution for distorted effects I don't think you could do much better than McDSP's mangling machine: Futzbox. 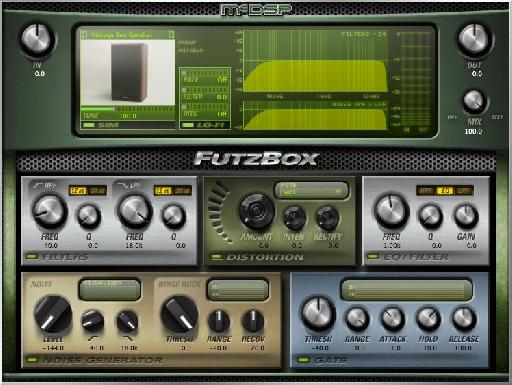 Futzbox combines some clever Impulse Response processing in the form of SIMs (Synthetic Impulse Models) with a nice variety of bit crushing, distortions, a noise generator, a gate and filtering. The result is a wide variety of messed up Lo-Fi goodness!

The first stage in Futzbox are the SIM effects. Here you get a nice selection of what are essentially speaker simulations (or their EQ characteristics) provided by the Impulse Models. These are so tiny (literally ms) that you can easily scroll through and select the device you want without any loading or calculation time (normally associated with long Impulses). Every crumby device you can think of is provided! 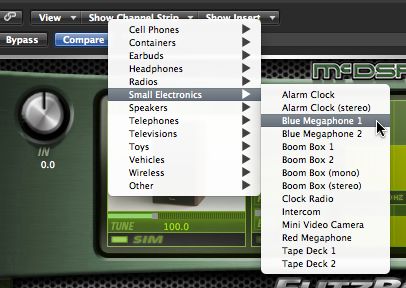 Here's what happens to a plain drum loop just using a SIM of a Speak and Spell. 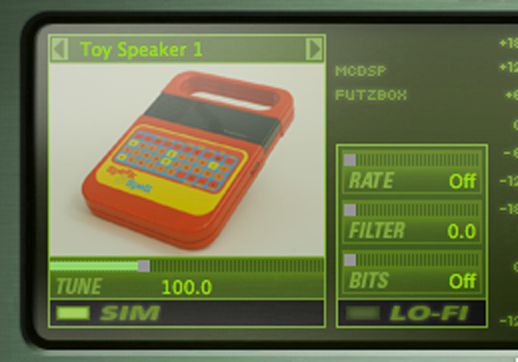 I think you get the picture.

Next to the SIM module we have a Bit Crusher. If I dial down the Sample Rate and Bit Depth I get the the classic Lo-Fi sound. In conjunction with the SIM this give a suitably crumby sound! Great! 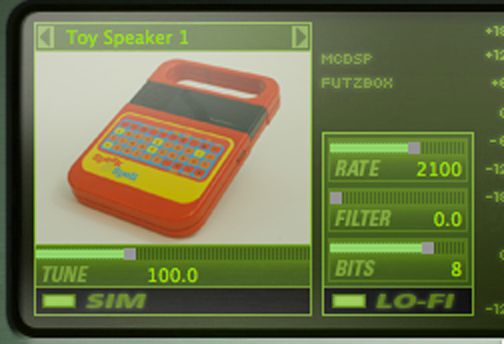 I can further destruct this by adding some noise with the Noise Generator!

Adding the Noise Generator to the mix!

The Noise module has a nice ducking feature or I can clip it using the the Gate module too.

If you want a more conventional distortion sound the Distortion module should cover all the bases with a wide selection of distortion modes. 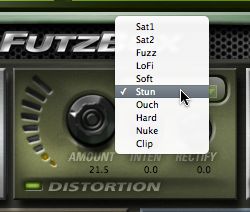 There are many distortion modes on offer.

Here's an example of Nuke on our drums.

My favorite feature though is the Rectify setting which gives a kind of compressed, clipped distortion.

When combined with the actual distortion this gives a massive amount of spank to your sound!!

If things get a bit out of control you can always dial down the frequencies using the filters which are pre distortion and the EQ which is post distortion.

Tame that sounds with the filters.

Futzbox works really well on anything you throw at it. Whether it's voice, synths, drums or guitars. Here's an example on a single sawtooth wave in Massive.

I'll now add Futzbox with a SIM, some distortion (with Rectifying) and some filter and EQ. 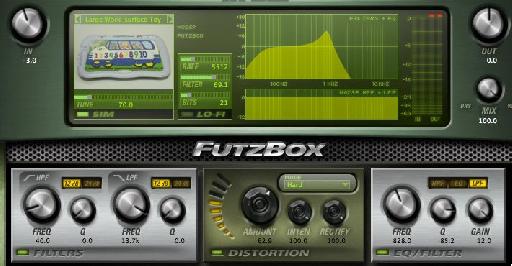 The great thing about the SIM is you have a Tune control which allows you to get some nice formant type effects. I'm going to automate this in Logic along with the EQ (set to LP) modules frequency. Here's what I get:

Now if I add some Bit Crusher I get some really nice breakup going on. It interacts with the rectifier quite nicely!!

I've found Futzbox to be a never ending source of destruction fun. Go check it out!!