All Articles Review
Review: ModeAudio Trailblaze, Loops and Samples for Trap Music
G.W. Childs IV on Fri, June 13th 0 comments
Language
If you're looking for a tidy bundle of audio, MIDI and REX samples and loops for the Trap genre then ModeAudio have you covered. GW Childs puts their latest pack, Trailblaze, to the test.

Trap is one of those genres that has had amazing exposure and an insane amount of metamorphosis in the last couple of years. Thankfully, companies like ModeAudio are out there to keep the inspiration going along with some wonderful audio quality through a new, wonderful, little bundle of audio, MIDI, Loops and REX files called Trailblaze. Is it worth the scratch? 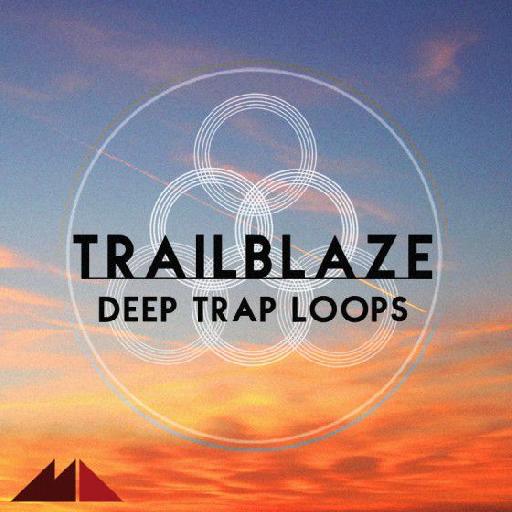 Being a bit of a do-it yourself-er, I decided to jump into the drum hits first. As usual, ModeAudio did not disappoint in this area of the expansion. The kicks, in particular, are huge and give you that deep, long extended release that is so valued on Trap kicks, and which so much of a song relies. The snares and claps are solid as well. ModeAudio definitely seemed to have taken their time in developing and choosing source audio when developing this vital assortment. Everything sits well, and has just enough of a twist to keep you fresh, and have your more educated listeners wondering where you got your kits. There's also a healthy blend of percussion and FX. Though, I'll admit, I wish there had been a little more in this directory.

As usual, the loops are pristine and will do well in giving you fodder for developing a trap masterpiece. The loops have a generous helping of attitude and work wonderfully as either a main beat, or a background loop (or two) that adds that extra seasoning for further Trap authenticity. Within the package, you'll find everything you need for an entire song. There are not only drum loops, but also basslines, sub-basslines, pads, synths and ambiences. I was particularly excited about the sub-basslines, as current monitoring environment does not support low-end audio as much as I'd like. Having some sub that's been dialed in is extremely helpful, as I'm flying blind, sonically speaking in the lower frequencies. I'd also like to mention that the Snare Rolls are very nicely done and have some incredible variation. However, I wouldn't mind seeing the individual rolls broken up in future packs. It would just make it easier for quick arrangement dropping.

I really love it when companies think, 'Hey, maybe they like the pattern, but would rather use their own samples?' MIDI has been included for Trailblaze, which means all the loops are there in their rawest form. So, if you've got some drum samples you prefer over the provided kits, just drop 'em in. But, this has bigger implications than merely switching things out. Through MIDI, you can see how those sick beats, melodies and patterns have been programmed. So, it becomes a '˜teach a man to fish' type scenario. And, we all love to fish!

ModeAudio has really spent some time putting together an inexpensive, but quality audio pack designed for Trap Music. Like all of their bundles, multiple formats are available for specialized DAWs like FL Studio and Reason, as well as simple audio bundles that can be easily used in Logic Pro, Pro Tools and any other DAW. I love the MIDI inclusion and really enjoyed the loops, supplied hits, REX2 files and SUB, SUB, SUB. I would say that, for me personally, I wouldn't mind seeing more in the Hits department, for future releases. However, what has been supplied goes way over the moderate price.

Pros: Huge sound, big hits, amazing loops and MIDI so you can learn, or slice and dice.