All Articles Review
Review: Reason Compact 2.0 For iOS
Hollin Jones on Wed, June 19th 0 comments
Propellerhead has updated its Reason for iOS app with new synths and content, and it's still free to download. Hollin Jones put it to the test.

When Propellerhead released Reason Compact back in 2018 we were slightly disappointed that it didn’t quite live up to the full version of Reason on iOS that we might have expected from its name. You can read our review here. But still, it was cool - and free to download. Now, the Props have released version 2.0 with some great new features. Let’s look at what’s new. 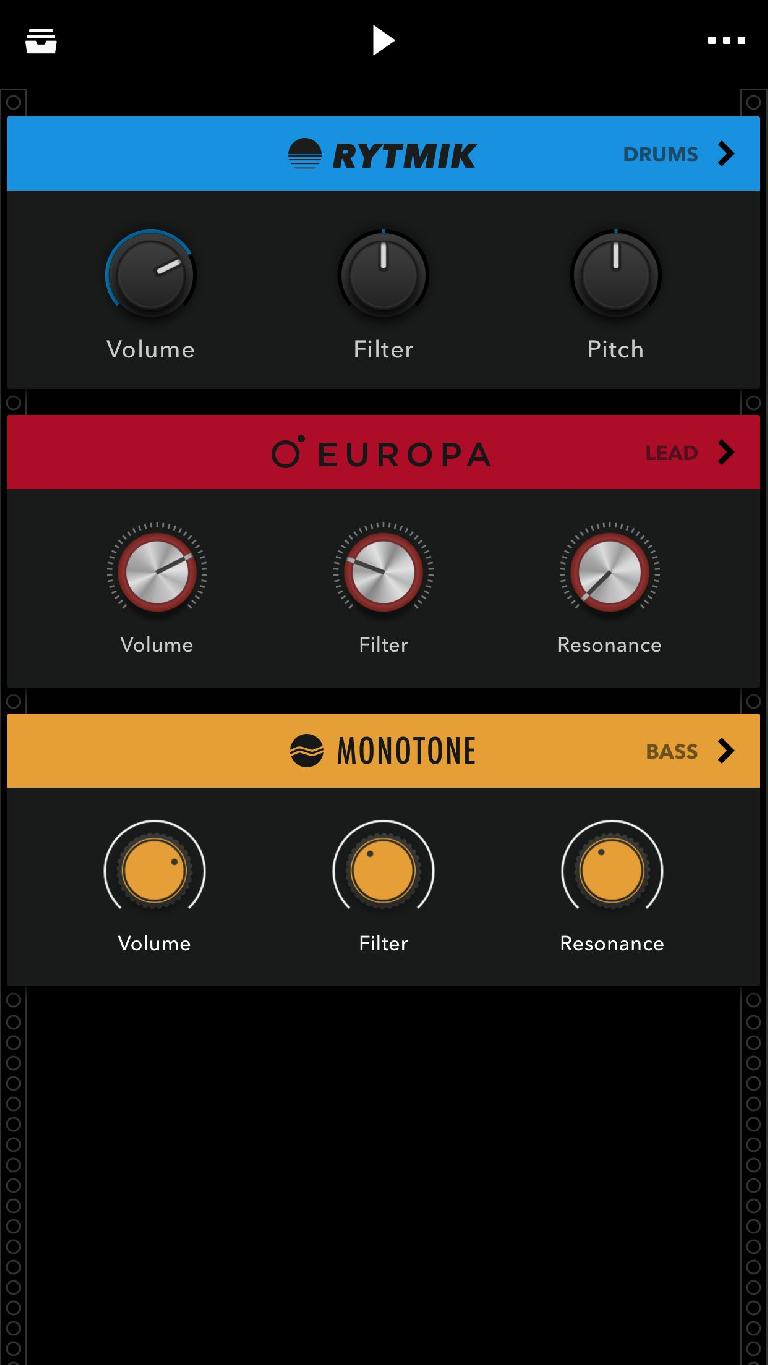 In the original version you got a pocket version of Europa, Reason’s flagship synth. Version 2 adds two more instruments. First up is Rytmik, a drum machine that includes 18 free drum kits, with (like the other instruments) additional sounds, samples and patches available to download via in-app purchases. The built-in software pads and drum grid make it easy to quickly create beats and patterns as well as swapping out drum sounds so you can tailor your kits.

The second addition is Monotone, a bass synth sharing a similar stripped-back design to the other two instruments (Europa is still present and correct of course) and that is straightforward to use, with notes and scales easily accessible as well as a bunch of synth parameters. Like the other instruments the basic sound tweaking controls are available for free, but accessing the more advanced controls requires a one-off purchase. 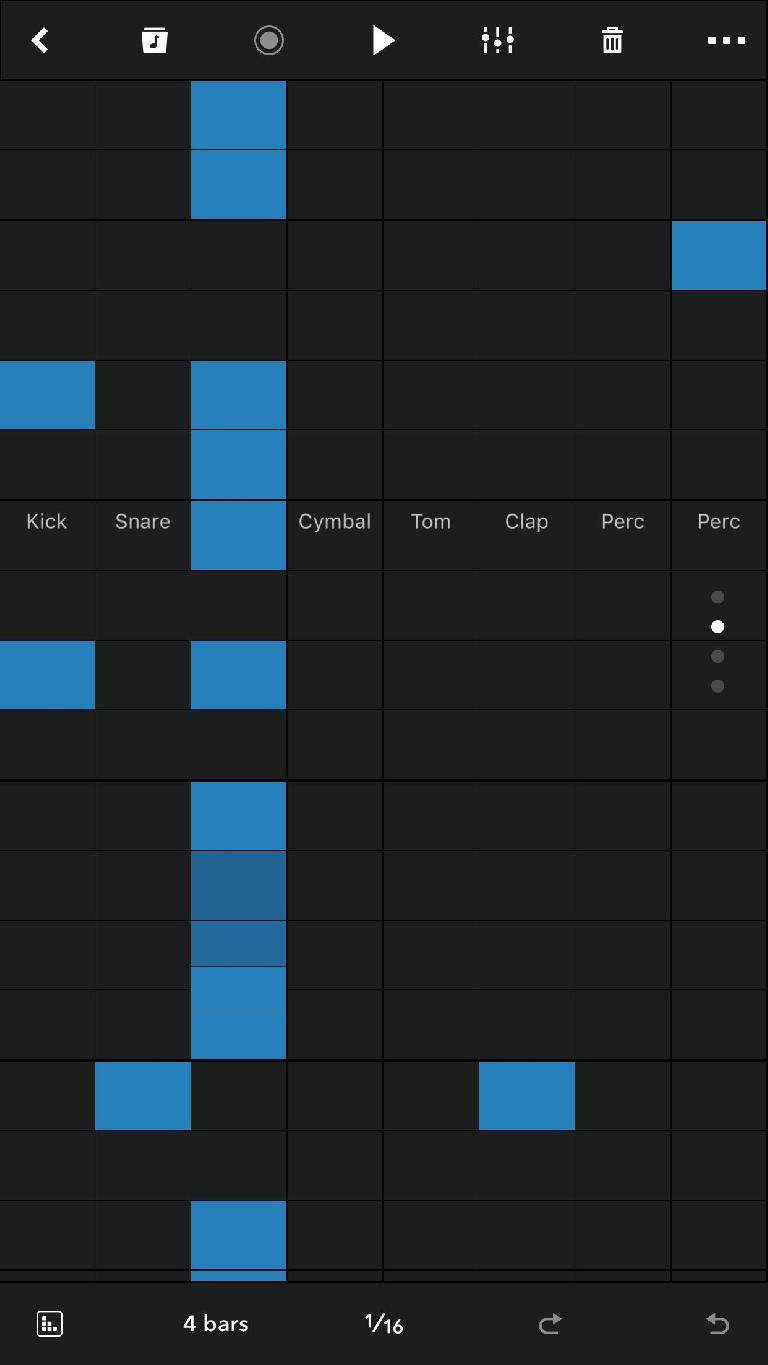 Each instrument has a MIDI grid where you can view and edit notes, and long pressing reveals a velocity slider to make the note louder or quieter. Holding and dragging lets you move a note to a new location, with a preview of the sound or note that sounds to help you determine what you’re actually doing. You can of course set note resolution and other parameters, so you’re not simply limited to making regular beats and sequences. There are onboard effects including reverb, delay and union to give added depth and interest to tracks as you play.

Move To The Desktop

Projects can be exported to Reason on the desktop, with the Reason 10.4 update (free for existing users) providing support for the two new instruments in your rack, meaning that all settings and data that you fire across will work perfectly and be editable on your Mac or PC. So it’s a good way to program and produce beats and sequences on the move - literally wherever you are - and then use these as the basis for projects that you work on in more detail on the desktop, adding more parts and your own plug-ins. 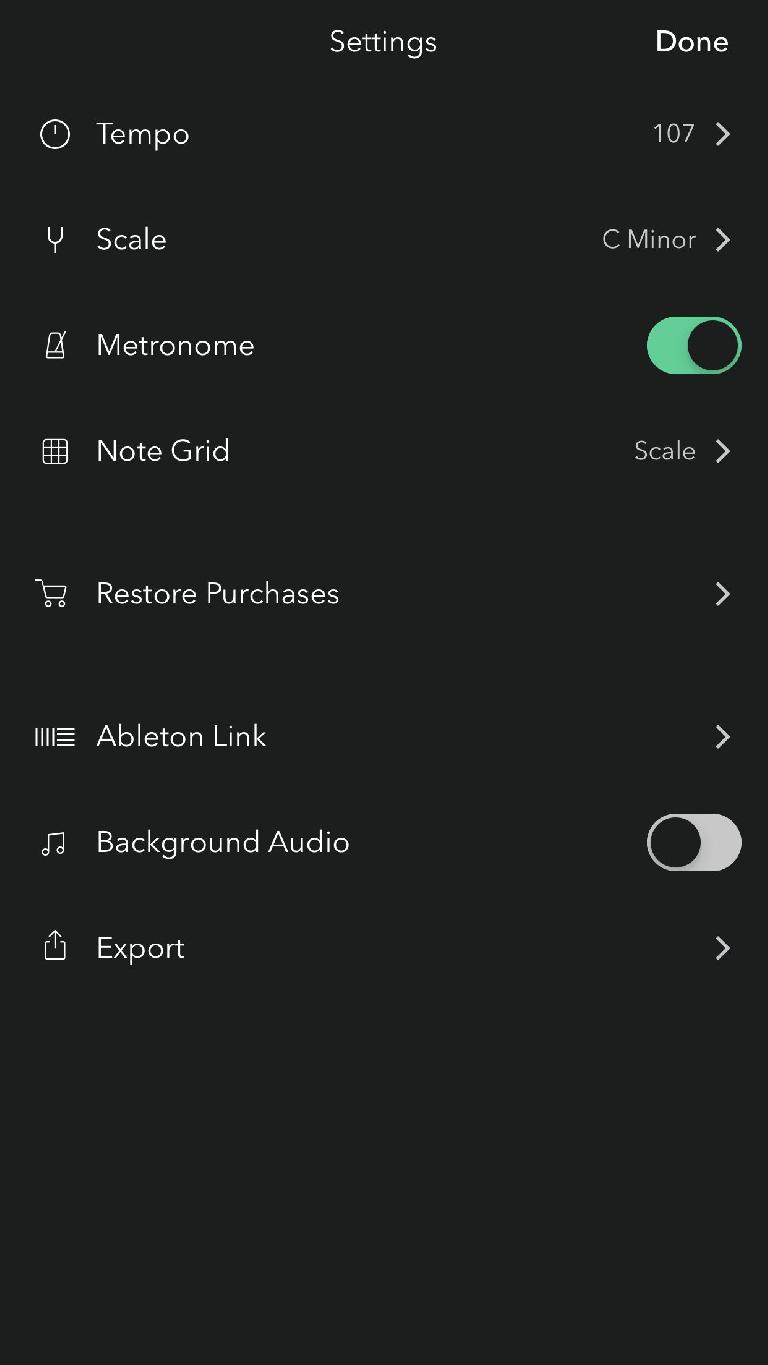 Reason Compact still isn’t actually Reason on iOS - it’s a clever and useful sketchpad that does what it advertises, providing a good way to create and edit ideas on the move, while using your desktop system for more heavyweight work. Some might find the IAP prices a tad steep (though others won’t), but the free-to-download model with basic sound editing features and full sequencing is a fair way to approach things, and you can choose whether to unlock the extra sound tweaking features if you like. Considering the download is free, you should definitely check it out.

Price: Free to download. Full instrument unlocks £9.99 each. Kit and patch collections £0.99 each.

Pros: Free to download and use essential features. Quick and easy to learn. Slick design. Sounds cool. Easily transfer projects to Reason on the desktop.

Learn Reason inside out: https://ask.audio/academy?nleloc=category/audio/application/reason
Related