When we first reviewed Sample Logic’s Arpology several years ago, we were suitably impressed. In the years since, technology has moved on considerably and the NYC-based developer has now released Arpology Cinematic Dimensions, an instrument that is bigger in every possible respect. Weighing in at a whopping 23GB and requiring the full version of Kontakt, it sets a new bar for what’s possible using Kontakt scripting and contains over 1200 presets, quadrupling the power of the original with four cores (for sound generation) allowing users to blend up to four instruments while using different arp patterns at the same time. 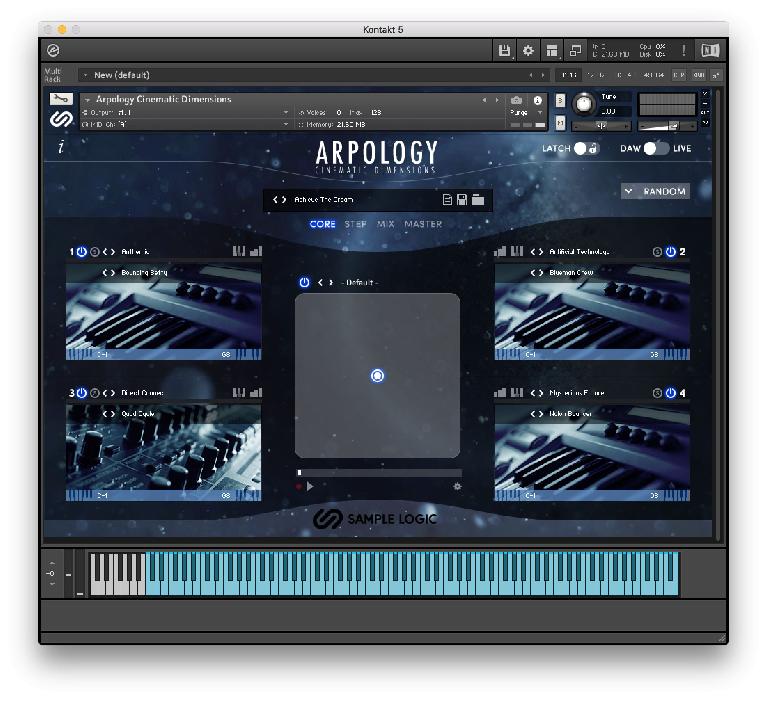 The main screen contains the four engines or sound slots, each of which can be customised with any source sound using the tag-based browser which is quick and easy to navigate. Each one also has access to its own step animator, an advanced arpeggiator that goes far beyond the regular note control of a standard arp effect. Here, all manner of parameters like transpose, stutter, duration and panning are controllable on a per-step basis, as well as multiple FX. The result is an insanely detailed set of controls, multiplied by four cores. A Random button can be used to inject new settings into a core and with so many parameters available, the scope here is more or less infinite. 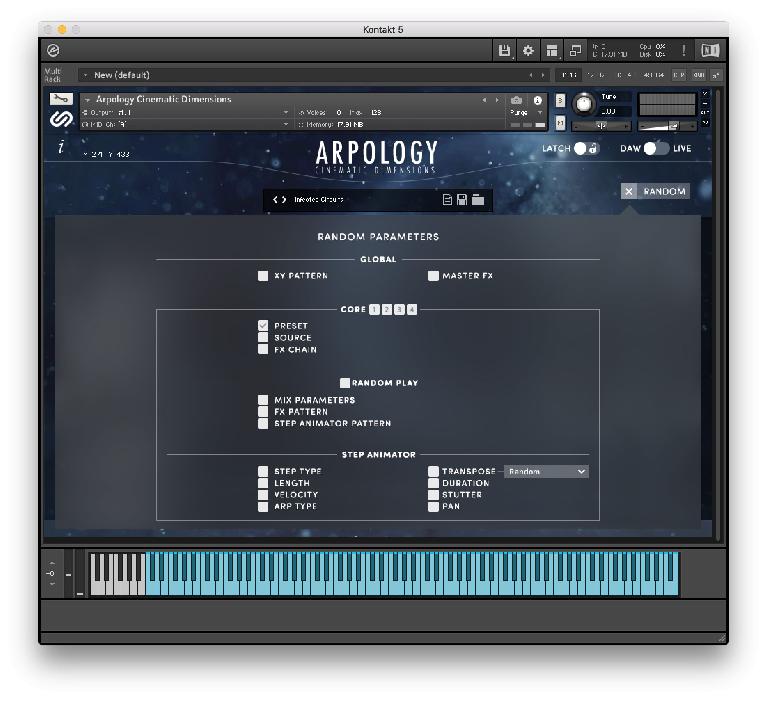 Sonically there’s a huge range of sounds available to load into cores and each one is extremely malleable - add step animation, effects and change the mix and between these many options you can create almost any kind of sound you can think of from ethereal and small to massive, pulsing and multi-layered.

Back in the main screen there’s an X/Y pad for morphing between the different cores dynamically and movement here can also be recorded to create automated sweeps. The same is true in the mixer section, where in addition to comprehensive mix controls for each core, automated X/Y movements can be recorded. Returning to the step section you can set the length and attributes of each step independently with up to 128 steps and access over 300 unique animation presets, all randomizable. This can also be broken down so you can select which parts of a patch get randomised - specific ones, or all of them. 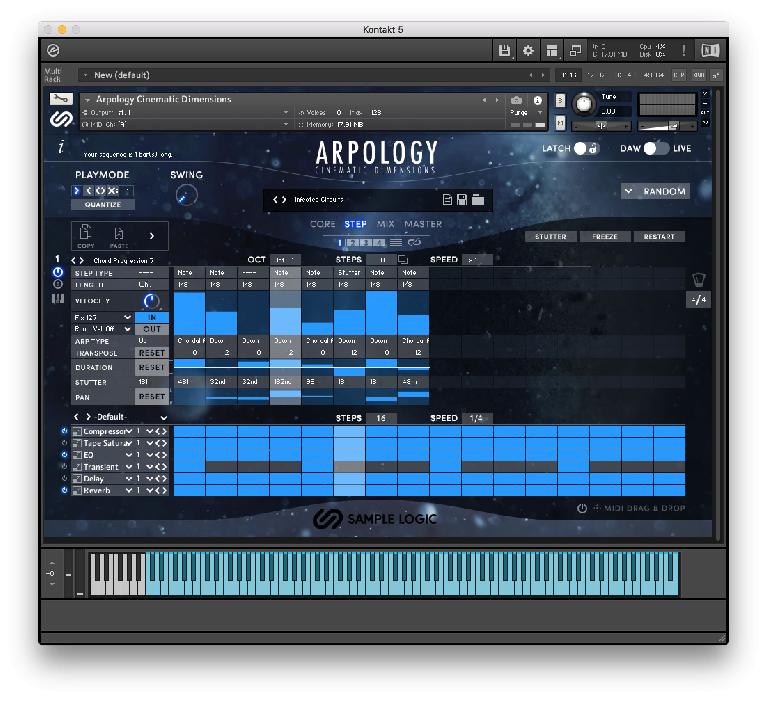 As well as a master section with tweakable fx arranged across 8 slots, Arpology Cinematic Dimensions has a bunch of other clever tricks up its sleeve, with thoughtful additions located throughout its interface. Each core for example can be locked to a root key so it stays put as you change MIDI notes. MIDI patterns can be dragged and dropped from the instrument into your DAW. The XY pad can be controlled via hardware, and you can set key ranges for specific cores.

Arpology Cinematic Dimensions is a remarkable achievement, far exceeding the capabilities of its predecessor and representing a triumph of Kontakt instrument design. On the one hand it’s quick and easy to use - the presets are certainly cinematic in nature, and can be swiftly modified with a few clicks and sliders to suit your particular requirements. On the other, you can go into tremendous detail tweaking the smallest detail of a core, and of course of the way the four cores are blended to produce the final sound.

Thematically, this instrument covers a great many bases as far as scoring is concerned, and will provide a very solid foundation of sounds, sequences and textures for anyone working in the world of music for games, film, tv and similar disciplines. At the price, it’s a safe bet.